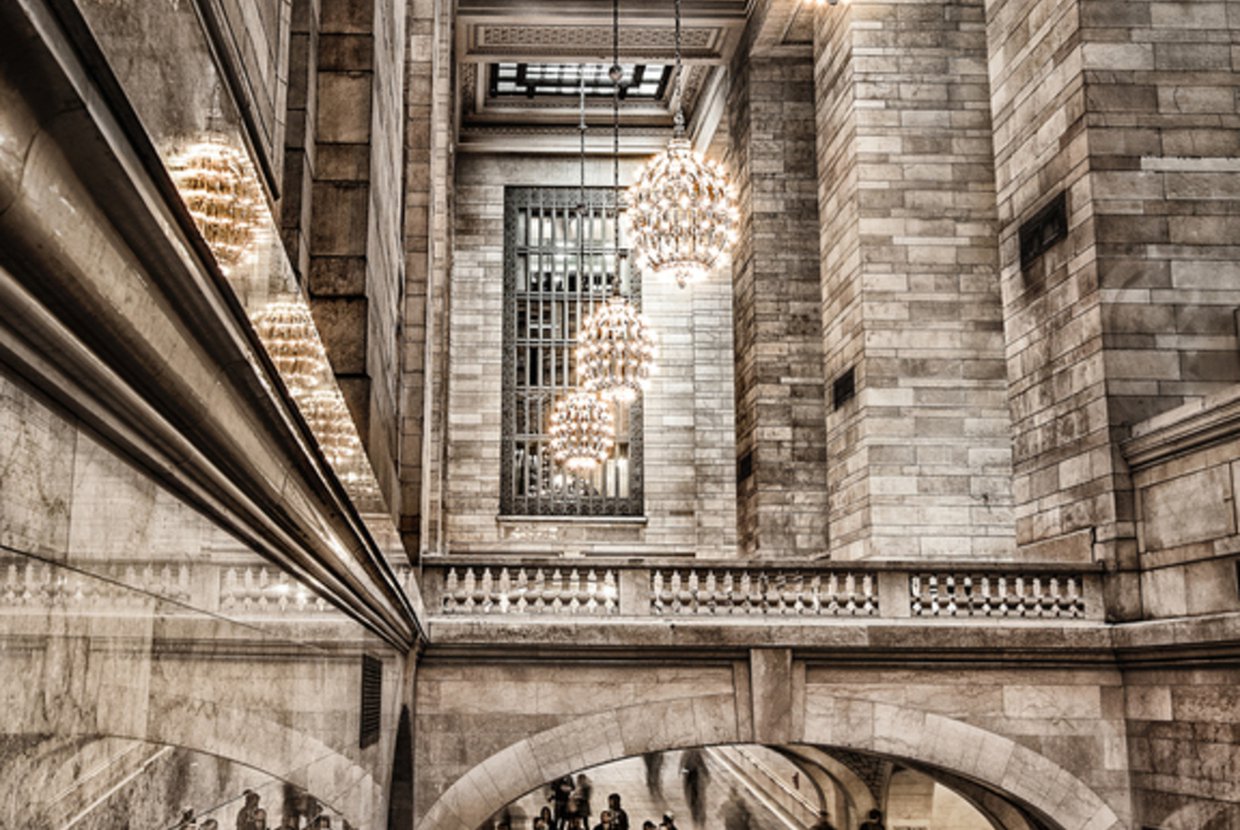 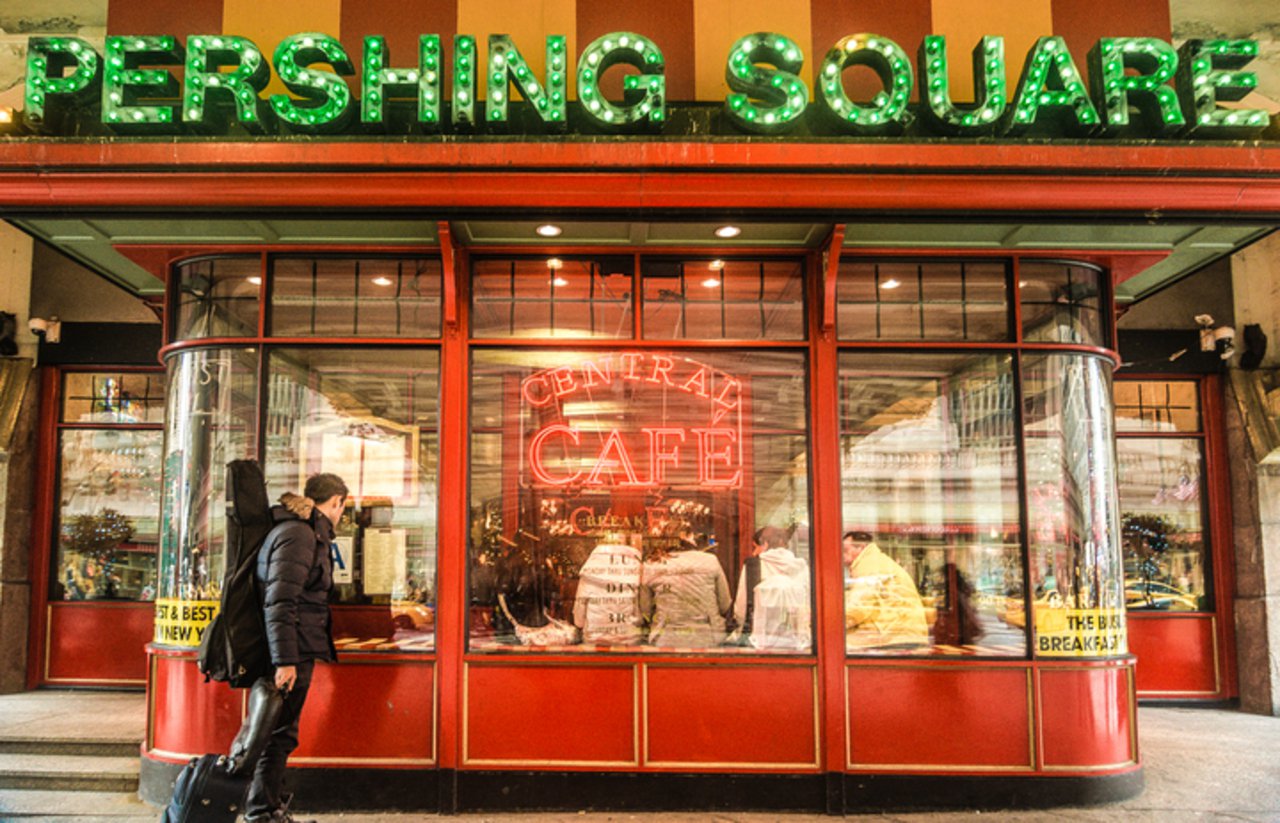 Since One Vanderbilt got approval from City Council back in May, little has been heard about the incredibly tall glass supertower slated for 1 Vanderbilt Avenue. This week, New York Yimby released renderings of the KPF-designed skyscraper, and they are quite extraordinary. They reveal a tapered glass structure that dwarfs the Chrysler Building — the first in Midtown East to do so — and exceeds the height of One World Trade Center.

One Vanderbilt will stand in contrast with many of the more traditional skyscrapers and mid-rise office buildings of the area, but nothing as starkly as its century–old next door neighbor, Grand Central Terminal

The architecturally spectacular Beaux-Arts structure, so much a part of our contemporary culture, is actually the third station to inhabit 89 East 42nd Street. The first was Grand Central Depot, built by Cornelius Vanderbilt in 1871 as a hub for rail lines entering and exiting Manhattan. It proved far too small for all its train traffic, however, and was quickly demolished to make room for a larger structure. In 1902, a fatal steam locomotive crash occurred when the train’s conductor was unable to see clearly due the dense black clouds emanating from the station entryway, causing the locomotive to collide with another train waiting in the tunnel. Politicians and reformers reacted by announcing plans to ban steam locomotives from entering the city, and the Vanderbilt family reacted in kind. They unveiled plans to build a state-of-the-art station servicing only electric trains. Construction on the current structure began in 1903, and Grand Central Terminal opened its doors to 150,000 commuters on February 1st, 1913.

The meticulously designed, majestic structure was the largest construction project in New York City to date, as well as a pioneer in technology as one of the world’s first all-electric buildings. Additionally, it opened up air rights on the streets above the bi-level station, resulting in a real estate boom that forever transformed Midtown. Indeed, the construction of The Chrysler Building was spurred by this real estate explosion.

Throughout the 20th century, Grand Central was far more than a far flung cultural icon; it’s been heavily represented in the history of world politics as well.

During his presidency, Franklin Roosevelt used a secret rail line known as Track 61 as a subterranean connector between Grand Central and the Waldorf-Astoria Hotel on Park Avenue, allowing FDR to travel in secrecy underground,which he utilized during World War II for clandestine U.S. operatives. It was also during WWII that the highly trafficked station, a highly valuable component of the war effort, was almost the target of sabotage at the hands of Nazi Germany. Four German spies managed to sneak onto Long Island with logistical plans to destroy Grand Central and other high profile locations in the Northeast. Had they not been apprehended, they would have been met by a platoon of soldiers that monitored a super-secret subbasement in the bowels of the station known as M42. To this day, the secret outpost’s location remains a mystery and appears on no maps.

During the Cold War, Americans were fearful that the Arms Race would result in the Soviet Union taking over as the technological superpower. After the Soviet launch of the Sputnik in 1957, the U.S. government displayed an enormous rocket in the main concourse of Grand Central. The rocket, which was later used for the Mercury space mission, was so large that it pierced the ceiling when it was being hoisted into place. When the station got its grand scale renovations the hole was left as a reminder of Cold War-era tribulations.

Throughout its history, Grand Central has been no stranger to celebrity status. When it was in danger of demolition in the 1960s, then–first lady Jackie Kennedy formed a committee to save the iconic station. During WWII, such celebrities as Mickey Rooney and Judy Garland entertained U.S. troops in the main concourse, and Andy Warhol once commandeered FDR’s once-secret track for a massive, and debaucherous, private fete.

It remains to be seen what’s in store for Grand Central in the coming years, but One Vanderbilt already promises to bring more good things to the station. The tower is funding $220M towards massive subway improvements to the station’s infrastructure.