What Lies Beneath: Innovative Urban Planning Below The Surface 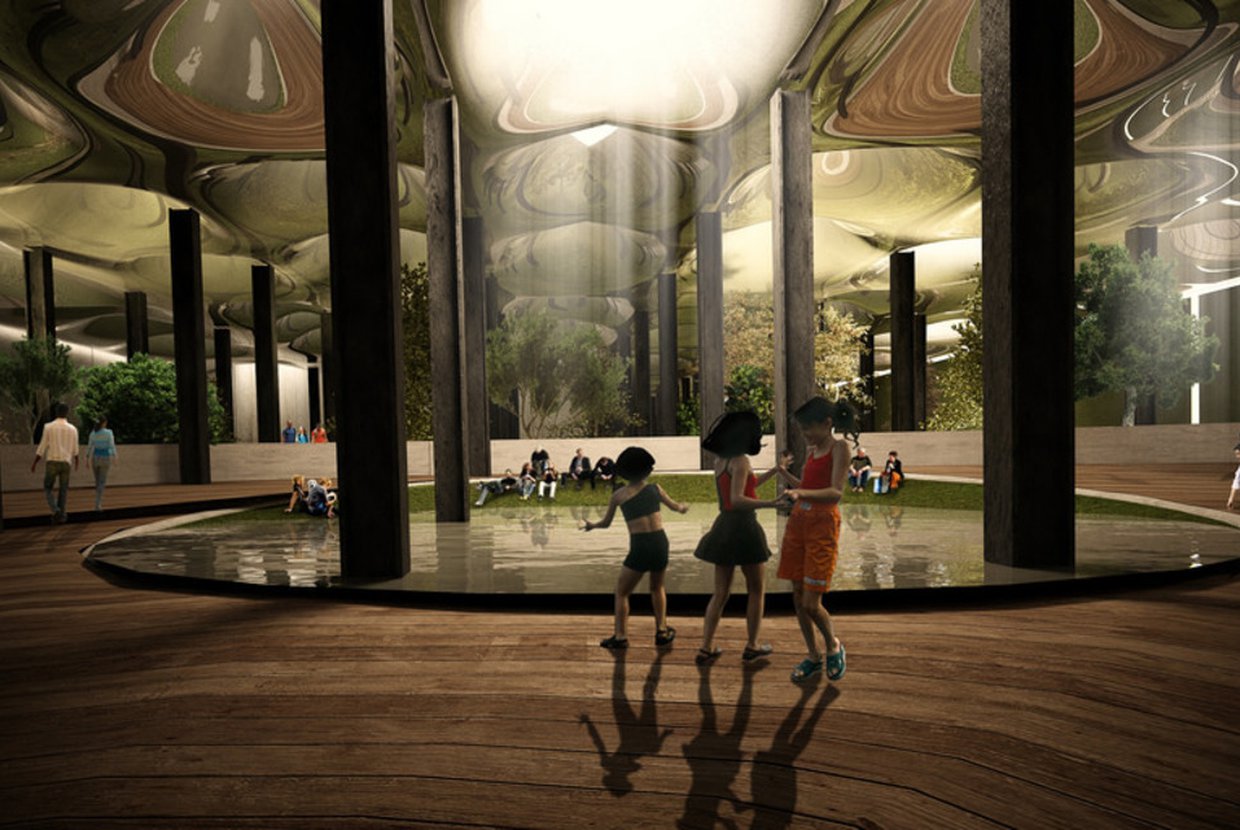 Back in May, Elegran reported on innovative urban design from Pitching the City, the biennial urban planning symposium where architects, designers, and urban planners pitch ideas for revolutionizing modern urban life. Of the five finalists, The Miami Underline, a proposal to transform underutilized real estate below Miami’s Metrorail into a lush linear park, won the vote of the panel and the audience.

Earlier this month, The Miami Herald reported that a master plan has been unveiled for The Underline, developed by James Corner Field Operations, the team of designers behind The High Line. Their proposal will turn the desolate pathway below the Metrorail that runs along the city’s South Dixie Highway into greenery-lined pathways of indigenous flora for running, biking, and walking, with recreational areas and playgrounds dotted along the 10 mile stretch of terrain. The Underline’s highly ambitious plan, which is sure to transform urbanism in Miami, will be as costly as it creative, with estimates of the total cost hovering around $120 million.

This sort of innovative and sustainable integrated design in urbanism has reached a critical mass in the past years, spearheaded by the transformational success of The High Line and a shift towards green sustainability in real estate development. More and more, developers and urban planners are seeking to create multi-functional public spaces that incorporate the natural world with urban design, providing a sense of unexpected beauty and tranquility for the modern urbanist. Since traditional real estate space is diminishing exponentially in cities like New York and Miami, architects and developers are setting their sights on the unexpected real estate opportunities that exist below traditional infrastructure.

In the case of an urbanist conceptual project on the Lower East Side, this literally means taking urban planning underground. The Lowline is an innovative proposal to illuminate the historic site of the Williamsburg Bridge Trolley Terminal below Delancey Street.

The Lowline is the brainchild of the design practice RAAD, whose principal, James Ramsey, conceived in response to the omnipresent concern of the modern urbanist: the lack of green space in our cities. Ramsey, along with the cutting edge design team at RAAD, posited this question: “What if the answer lay just below our feet?”

Their mission is to use solar technology to create an abundance of green space that highlights and repurposes the history and architecture of a forgotten trolley terminal. This vision will manifest the plot of real estate below Delancey Street into a futuristic underground park that offers a sublime respite to New Yorkers and a unique urban design attraction to visitors.

One of the most neglected sites in the city, the area has gone unused since trolley service was discontinued in New York in 1948. After six decades of neglect, however, The Lowline is reclaiming the subterranean space for the urban good.

Unlike claiming Miami’s unused terrain below a public transit line, however, transforming an underground terminal into a functioning greenhouse requires the most cutting edge innovations in technology. In order to bring this vision to fruition, Ramsey designed a collection of remote skylights to utilize solar technology, transmitting wavelengths of sunlight to support photosynthesis for trees and flora to flourish, as well as enough solar energy to fully light the space during daylight hours.

The Lowline Lab opened to the public October 17th amidst a flurry of media coverage, providing the Lower East Side and the entire city community a revolutionary, ecologically sustainable subterranean urban landscape.