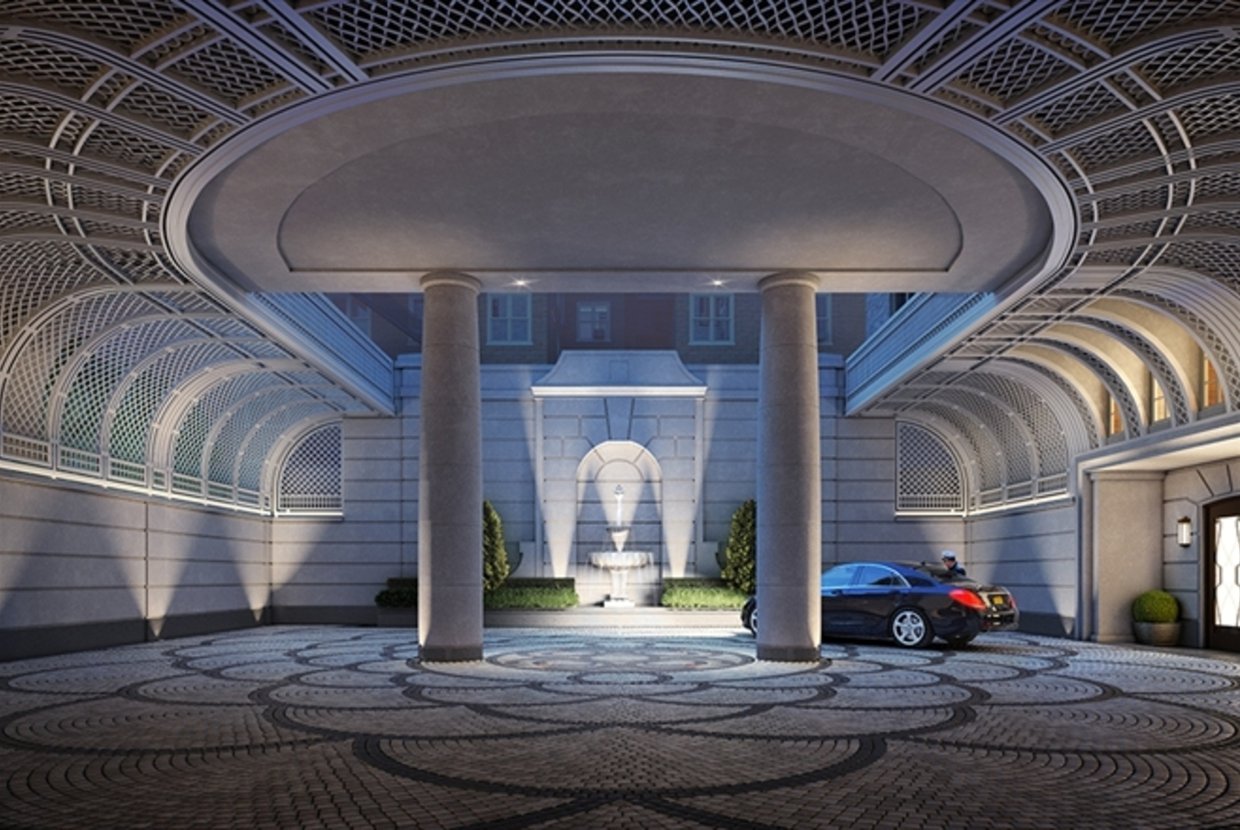 Renowned postmodern architect Philip Johnson’s Sony Building is getting a very luxe conversion to ultra high-end condo residences, and apropos of the building’s iconic architecture, the interiors are being designed by the legendary architect’s one-time student, starchitect Robert A. M. Stern.

The archetypal postmodern building at 550 Madison Avenue in Midtown Manhattan will be a hotel/condo hybrid with 113 residences designed by Robert A. M. Stern Architects and span the 21st through 43rd floors. The remainder of the construction hasn’t begun on the Sony Building conversion, but it should be ready for occupancy in 2018.

This year marks Robert A. M. Stern’s final year in a two-decade stint as dean of the Yale School of Architecture, and his firm, Robert A. M. Stern Architects, the design team behind 15 Central Park West and One Museum Mile, are currently designing two of the most important new residential constructions in the city. These projects evoke a Stern aesthetic: a super-luxe take on the pre-war revival that maintains an homage to the past while simultaneously being ultra-modern.

Robert A. M. Stern Architects is responsible for designing the megaproject, rumored to become the most-wanted address of the super rich. The tower, which is located just north of Billionaire's Row, is actually two buildings: the main tower totaling 69 stories and 472,523 sqft, and a secondary, 17-story “villa”. Details on the interiors are vague, but more than half the units have already been sold, and ultra-luxe amenities include multiple grand entryways and private pools.

According to The Real Deal, at least 14 of the sales were upwards of $50 million. With a total estimate sellout to reach $3 billion, it takes the title of one of the city’s most expensive buildings. And a priceless feature the others don’t have: it’s directly on the park, so nothing can be built to impede on those Central Park views.

20 East End Avenue: This 17-story luxury residential addition to the Upper East Side and Yorkville skyline is slated for a 2016 completion, with 43 residences in total; a 2-bed, 2-bath is currently asking $4.535 million and a 6,050 sqft penthouse is going for $35 million. There will be full-floor residences available, as well as three duplex maisonettes and two penthouses.

The exterior architecture evokes the classic New York buildings of the ‘20s and ‘30s, with a Cunningham grey brick and limestone facade, setback terraces with Juliet balconies, a cobblestone-paved port-cochere and motor court with fully-private entry, dramatic fountain, and a series of lattice-work trellises. Two entryways open to a palatial grand lobby with a winding staircase leading to three floors of prestigious amenities, including a 3,000 sqft fitness center complete with private spa, wine cellar and tasting room, library, and billiards room.