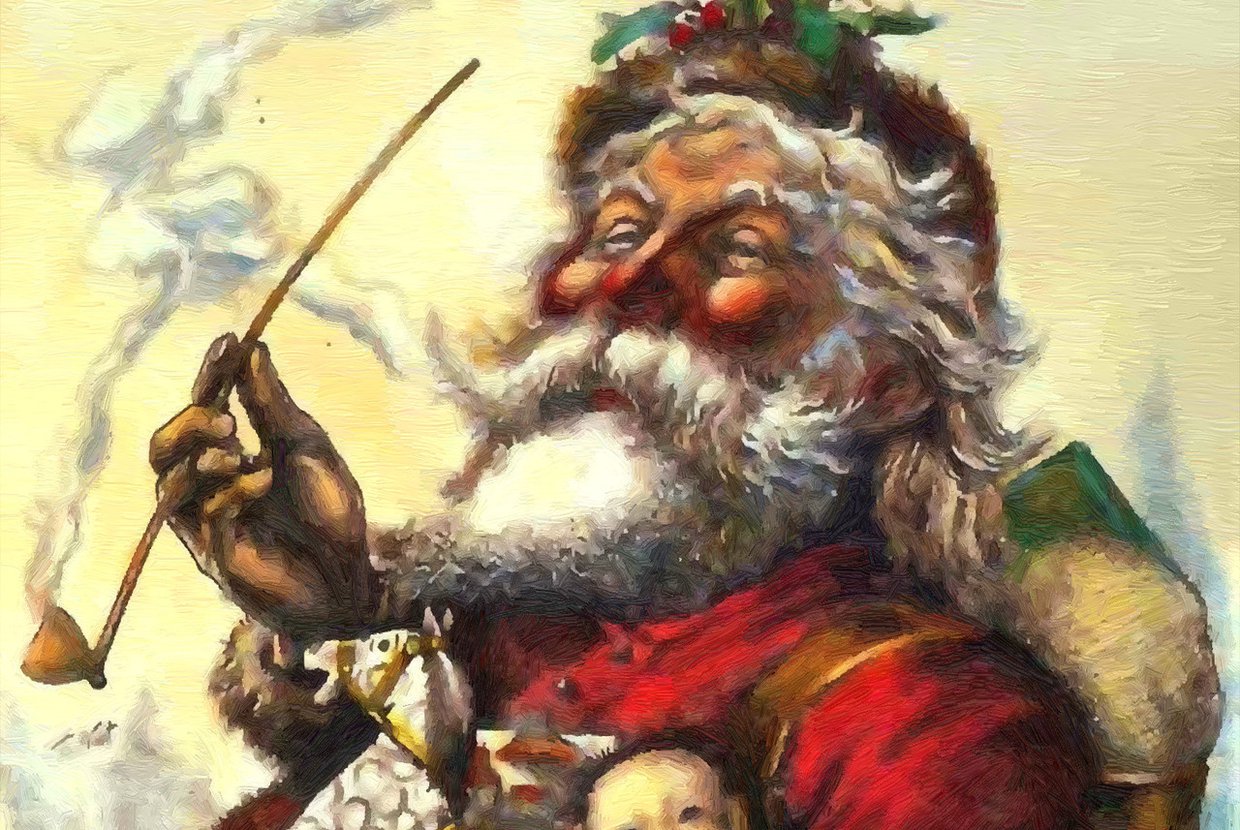 Christmas Eve is upon us, and regardless of whether we celebrate the holiday, certain symbols and traditions are so ubiquitous during the holiday that it’s hard to imagine one without the other, and perhaps the most famous of all is Santa Claus.

Versions of St. Nicholas and Santa Claus can be traced all the way back to a monk named Nicholas who lived in modern-day Turkey in 280 AD, where he was known to travel the countryside helping the poor and the sick. Throughout the years, his legend became synonymous with the protector of children, and the anniversary of his death, December 6th, has been recognized throughout Europe as a day of luck for a millenia. St. Nick became the most popular saint in Europe, and especially in Holland. When the Dutch came to settle New Amsterdam, they brought their tradition of St. Nicholas (“Sint Nicolaas” in Dutch) with them; and that, along with some storytelling from the famous New York author Washington Irving, is why the jolly modern day Santa we all know has its roots right here in the fabric of New York City’s history.

During the Revolutionary War, New York patriots founded an organization called the Sons of St. Nicholas to protest the English, while at the same time Dutch New Yorkers were gathering to honor the anniversary of his death. In 1809, the author Washington Irving, a New York native and member of the newly founded New York Historical Society, published the book “Knickerbocker’s History of New York”. In it he named Santa Claus the patron saint of New York City and imagined him as a jolly, elfin Dutchman in a red suit who descended chimneys to surprise children with gifts. On December 6, 1810, the New York Historical Society held its first annual anniversary dinner to commemorate the city’s patron saint. The society’s founder, John Pintard, commissioned the artist Alexander Anderson to produce a new, American image of Santa Claus, whose name came from St. Nick’s Dutch nickname “Sinter Klaas”. Anderson created woodcuts of a Santa Claus filling stockings hung on a mantle and filled with toys and treats for children.

In 1823, “A Visit From St. Nicholas”, popularly known as “The Night Before Christmas”, was published, and the poem was directly influenced by the imagery conceived of by Washington Irving, John Pintard, and Alex Anderson. Though it was written anonymously, it’s largely been credited to Clement Clark Moore, professor of biblical languages at New York’s Episcopal General Theological Seminary.

The 19th century was a time of considerable cultural transition in New York, and the city’s elite began to domesticate Christmas as a family holiday. This new Santa Claus played an important role in this new version of the holiday, which became more and more of a cultural event in the city. During the Civil War, the famous political cartoonist Thomas Nast drew illustrations of Santa for Harper’s Weekly, which further influenced the popularity of Santa and made the pictures of the jolly man with a flowing beard, clay pipe, and fur suit ubiquitous with Christmas in households not just in New York, but all over the world.