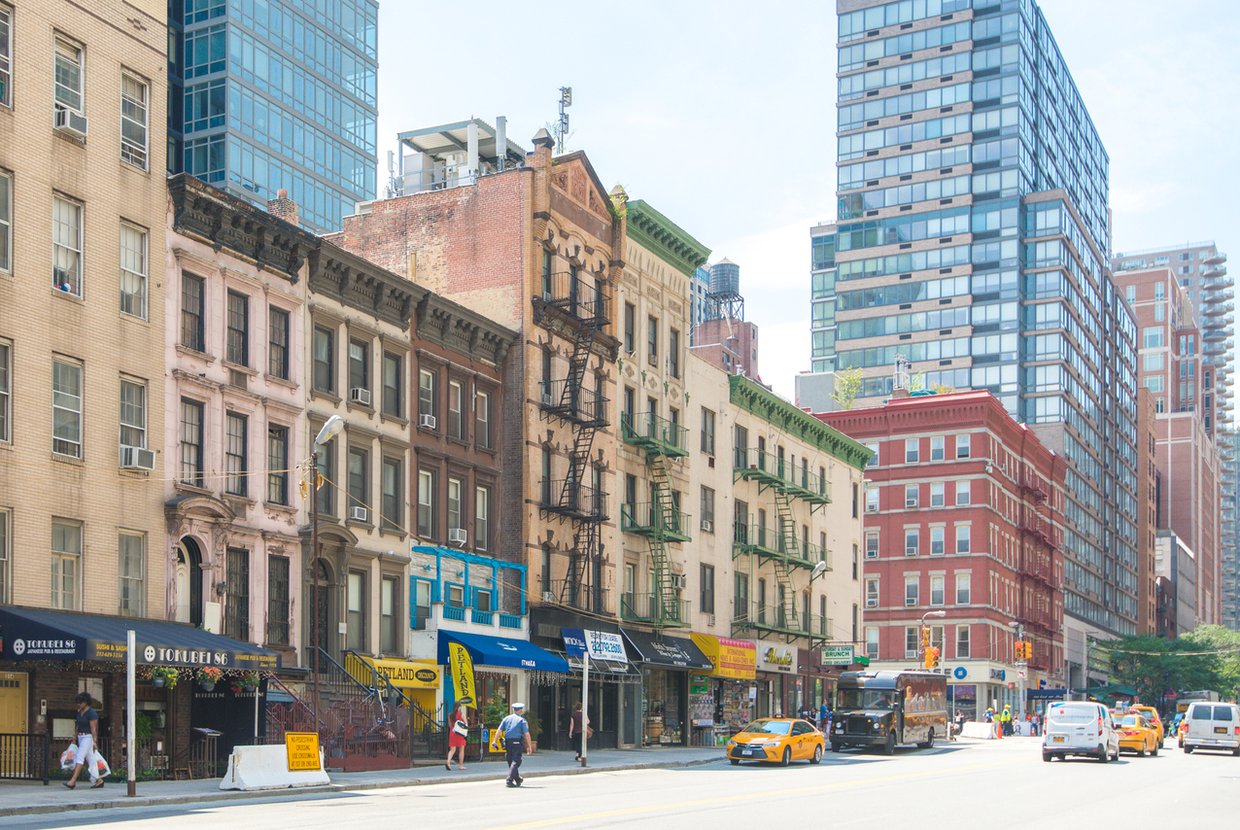 The development boom on the Upper East Side neighborhood of Yorkville has been a long time coming, much like the fabled Second Avenue subway line, which promises to finally open later this year.

Developers have been flocking to Yorkville for condo conversions and large scale projects in an area that has largely retained its old New York feel, a quality hard to find in most Manhattan neighborhoods these days. As Ben Shaoul, the developer behind the 389 East 89th Street condo conversion, explained, “This is a real Manhattan neighborhood that hasn’t been infiltrated by commercial tenants yet. There’s still a grocer, a butcher. There’s a Starbucks, of course, but [the neighborhood] is still very mom-and-pop.”

The history of this neighborhood is steeped in German heritage, so much so that it was nicknamed Germantown, in the early part of the 20th century. German immigrants in New York originally settled in what is now the East Village, but was in the late-1800s known as Little Germany, or Kleindeutschland. The deadly sinking of the PS General Slocum in the East River in 1904 had devastating effects on the the German community there and on the Lower East Side however. As a result, most of the residents of these neighborhood moved uptown in hopes of starting anew after the disaster, specifically between East 79th and East 96th Streets on the Upper East Side.

While Germans weren’t the only immigrants to congregate in the area – Eastern Europeans were heavily represented as well – German culture and traditions thrived most of all. Even the neighborhood’s name and the subsequent York Avenue has German roots. They were named as such in honor of WW I U.S. Sergeant Alvin York who led a successful offensive on a German machine gun operation and was awarded the Medal of Honor.

The main artery of Yorkville’s Germantown was East 86th Street, colloquially known as the German Boulevard, the German Broadway, and even Sauerkraut Boulevard. It was home to such Old World establishments as Cafe Geiger, Cafe Wienecke, and Maxl's Brauhaus. The German-style Yorkville Casino was also very popular, but quite different from the present day meaning of the word. Founded in 1904, it was a community and social gathering place with dancefloors, a popular nightclub, and the only German-language theater in the city.

Yorkville’s park, designed by Central Park mastermind Calvert Vaux and completed in 1902, also has German roots. The park, originally called the East River Park, was renamed Carl Schurz Park in 1910 to honor the German-born U.S. Secretary of the Interior and first German-American to be elected to the United States Senate. His wife, Margarethe Schurz, is credited with popularizing Kindergarten in America.

Yorkville’s German culture began to dissipate after WW II, when anti-German sentiments led many to anglicize their surnames and in some cases close their traditional shops. When the Third Avenue El – the East Side elevated train – closed in the 1950s, many German-Americans left the area. Some traditional spots survived this period however; The Bavarian Inn was a traditional restaurant and bar on East 86th Street that lasted until 1982, and such Germantown staples as Schaller & Weber Grocery, Glaser’s Bakery, and the famous Heidelberg Restaurant, remain relics of Yorkville’s German roots in present day.