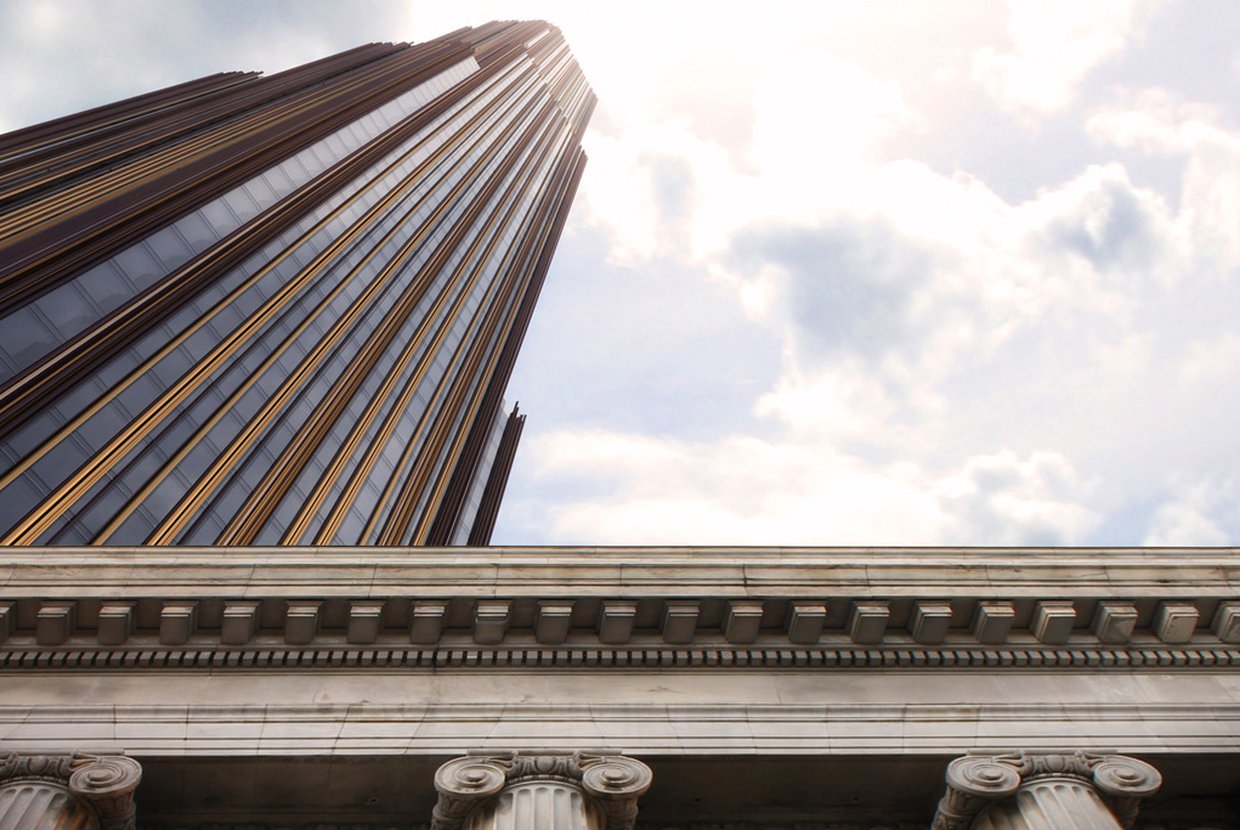 Brooklyn’s future tallest tower is under construction with completion expected by 2019. Located on 340 Flatbush Avenue Extension, the building will be 1,066 ft in height and contain just under 500 rental units, ranging from affordable to high-end luxury apartments. This may help the slowing in price appreciation predicted for Brooklyn’s housing market this year. According to 6sqft, development for the project began in 2014 under SHoP Architects’ Michael Stern and Joe Chetrit, the company also responsible for developing the Barclay’s Center in Brooklyn. Developers not only closed on 340, but also on the much shorter bank building adjacent to it. The bank building allowed an additional 300,000 sqft of air rights needed to build the tower, which costed nearly double the price of the land they are constructing on. That means, $90M went to the purchase of air rights for this project. Not to mention, the bank is a landmark, and any proposed alterations by the developers need to go through the Landmarks Preservation Commission first.

The building developers are sensitive to the bank’s landmark status; they have even claimed that the new supertall’s exterior was inspired by the bank itself. The developers additionally attempted to buy out Junior’s, a popular restaurant located on the same block. The owners reportedly rejected $45 M in cash to keep the land they own.

The building is proposed to contain 556,164 sqft of space, the first seven floors to be used for both commercial and office spaces. According to 6qft, the managing partner for JDS has stated they are trying to be respectful of both Brooklyn’s past and its seemingly promising future—“We’re really excited to give Brooklyn a building that isn’t bashful, that isn’t shy. We want this project to encapsulate everything that is great about Brooklyn’s past and everything that is great about Brooklyn’s future.” That being said, this will forever change Brooklyn’s skyline, and paves the way for future high-rises. Being so characteristic of Manhattan, whose tallest building is One World Trade Center at 1,776 ft, it is natural to wonder if this is the beginning of the “Manhattanization” of Brooklyn—potentially a great fear of Brooklyn’s hipster population and long time locals—or Brooklyn’s first steps in establishing itself as an independent superpower. Regardless of what Brooklyn’s residents may or may not think about the new high-rise, the Brooklyn Community Board Two’s land use committee is in full support of the building, not raising any objections to the building’s height or mixed-use purposes. According to the New York Times, “Brooklyn has redefined itself, in terms of the kinds of housing it can support,” says Jonathan Miller, the president of the appraisal firm, Miller Samuel. “This project, I’d almost think of it as a part of downtown Manhattan.”

As the future tallest high-rise in the borough, it’s not facing much competition. It is replacing 338 Bridge Street and Avalon Willoughby West, a luxury condo high-rise as the two tallest towers in Brooklyn, which both stand at 590 ft and 595 ft, respectively. It’s also taking some of the spotlight away from The Hudson Companies, the developer of Brooklyn’s many new developments.