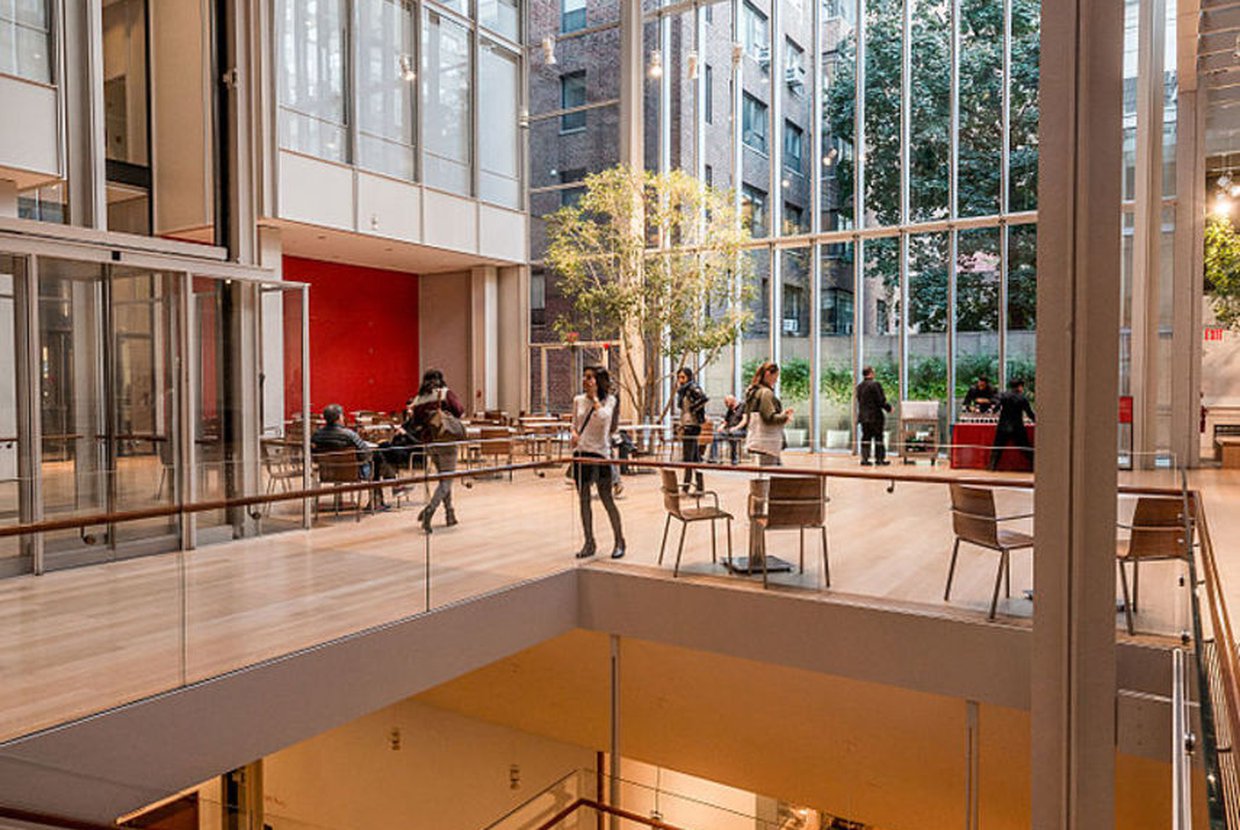 Coined as a crucial place to visit by Curbed NY, the private library of the renowned financier, John Pierpont “J.P.” Morgan is housed in a limestone building among a network of structures that make up The Morgan Library and Museum. As the face of investment banking and possibly the first to famously dub a two-letter nickname, J.P. is now the 24th richest American of all time. When Morgan Jr. opened the museum in 1924, the Morgan family’s private home became a public institution, a momentous cultural gift to the U.S.

Located in Manhattan’s Murray Hill on 231 Madison Avenue, the building’s exterior features a stone balustrade with Doric Balusters, a porch with Corinthian columns, and wrought iron balconies. In its declaration as a landmark in 1965 by the Landmarks Preservation Commission, it is described as a “three-story brownstone Anglo-Italianate mansion.” Visitors can attest to the preservation of this description — it still closely resembles what it was 50 years ago.

History of the Morgan Library

As early as 1890, J.P. Morgan began collecting rare books and manuscripts, as well as other historic art, music, and literary works. The Morgan Library was built beside Morgan’s private residence between 1902 and 1906, designed by architect Charles McKim of McKim, Mead, and White (yes, White as in Stanford White!). Made of up of a study, librarian’s office and the library, the building is intimate in size, but grand in its elegance. Morgan Sr. had a dream of making his library open to the public someday — but not until after he passed — it is speculated that he enjoyed its privacy too much to open it to the public during his lifetime. Following his death, presumably caused by depression, the stock market closed for two hours and flags on Wall Street flew at half-staff.

Though all of the rooms were designed according to Morgan’s personal taste, nowhere can we find more solid markers of his personality than in his extravagant private study. The room consists of an antique wooden ceiling, red-damask wallpaper, original stained-glass windows, and a custom-made desk and desk chair. Almost all of the paintings on the walls are Madonna-styled pieces. Since he spent a lot of time in this room, he didn’t get to see his family often; it is said that the Renaissance-styled paintings were a sweet reminder of his family. There is even a safe room in the back corner of the room, which houses the rarest books in his collection. Morgan was also an avid supporter and investor in modern luxuries such as Thomas Edison’s electricity, with which all of his lamps were lit, a curious feature among the antique furniture and designs. In the backroom sits the office of Morgan’s personal librarian, Belle da Costa Greene. Along with being a leading figure in the international art world, she was the first black American director of the Morgan, to which she devoted her life.

To the left of the front entrance is the library, the largest room in the McKim building. It consists of three floors of bookcases and showcases several historic works. Two staircases, which are only used by museum workers, are concealed behind bookcases at the corners of the room, providing access to the balconies above.

On the east wall there is a tapestry, “The Triumph of Avarice”, with a Latin inscription that translates, "As Tantalus is ever thirsty in the midst of water, so is the miser always desirous of riches." Ironically, one the of the richest men of all time owns a tapestry depicting that greed is a fatal flaw.

In 1928 an annex replaced J.P. Morgan’s original residence. Morgan Jr.’s original home was added to the complex of buildings in 1988, after which a garden court was added to unite the buildings. In 2010, the museum reopened to the public after a $4.5M restoration by Beyer Blinder Belle. The largest addition to the site thus far, the revamp added 75,000 sqft of of space to the site; including a performance hall, a new welcoming entrance located on Madison Avenue, a cafe, dining room, gift shop, reading room and collection storage, all designed by architect Renzo Piano.