Unconventional Histories of the Upper West Side: Inside The Level Club’s Freemason Origins and The Parisian Ansonia 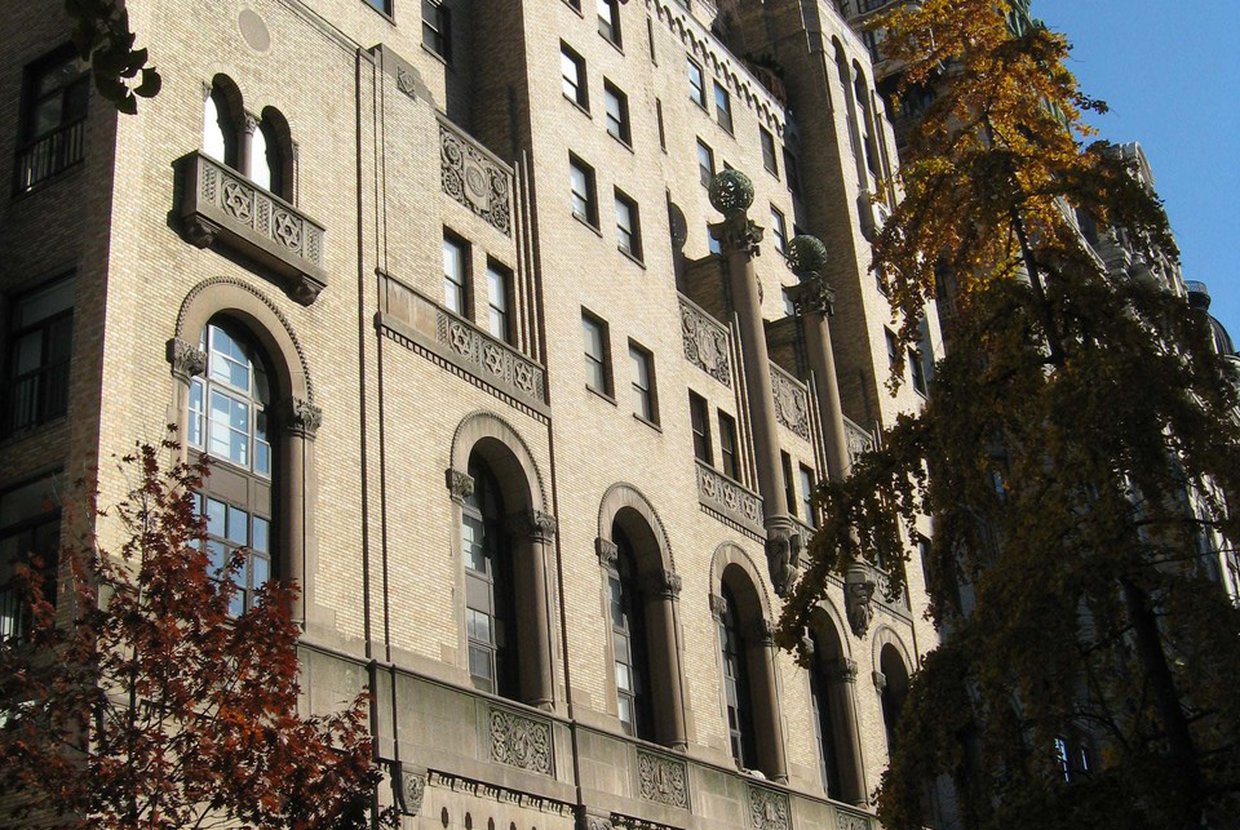 There are many desirable neighborhoods in New York City, however none are quite like the Upper West Side. Home to many gorgeous prewar condos, Central Park, and ample transportation, the Upper West Side is prime real estate for apartment buyers. At which rate, this week Elegran has decided to spotlight two condominiums with a startling and mysterious history.

Welcome to “The Level Club”, a truly one-of-a kind luxury condominium building located in the heart of the Upper West Side. Known for its fantastic views of Central Park and the Manhattan skyline, the Level Club also contains a diverse slice of New York history.

Built in 1925, by the Freemasons, the property has undergone various cultural transformations over the course of its 90 year tenure. Since its inception, the Freemasons have been known for its famous and powerful members, intriguing symbols, and overall lack of intimate knowledge of the true happenings within their secret society. Even pop culture deities Rihanna, Beyonce, Jay Z, and Kanye West have been accused by online blog conspiracists of including Masonic symbolism in their music videos, twisting their meanings to include Satanic elements of the occult. Yet for the past ten years, the Freemasons, perhaps in an attempt to dismantle the shroud of mystery that surrounds them, have been opening up to the public. Their website openly calls for new members to join their fraternity, even helping you locate a Freemason lodge near you. As long as you are male, 21 years of age or older, possess "good character and reputation," and "believe in a Supreme Being and the immortality of the soul" and are "steadfast in the faith of your choice," you can be a Freemason.

The Freemasons of New York have also been giving public tours of the New York Grand Lodge Headquarters, which you can review on Yelp. Inside the lodge, "people can see the gilded ceiling, the marble walls, the benches along the sides for the rank and file and, at either end, the thronelike chairs for high-ranking Masons." Additionally, in a conference room nearby, visitors will find a copy of a large statue of George Washington painted in gold.

Another historically Masonic domain to visit is the aforementioned Level Club, which boasts a central location, near the 1, 2, and 3 subway lines, just a ten minute walk from Central Park West. Besides the peculiar reputation of its builders, what also makes this building stand out are its unique prewar interiors. With 19 floors and 160 units, the Level Club has seen many iterations of interiors. Originally, the Masons built the Level Club as their “clubhouse,” which contained a 4,000 seat auditorium, a swimming pool, bowling alley, and rooftop gardens. Fast forward to 2016, these features are now gone, but in their place remains 2,000 sqft units, garden terraces, abundant closet spaces, and hardwood floors.

A unique sense of community permeates throughout the hallways of the Level Club. Prospective residents, should be warned that no apartment is the same. As reported by the Daily News, a resident of the Level Club stated, “Everything else we saw just seemed so cookie-cutter and normal … It has so many twists and turns. The people are unique as well.”

The building also has a definitively cool leftover factor from its Mason days: the exterior facade and interior hallways are riddled with Masonic symbols like the Star of David, hourglasses, and beehives. The Masons designed the exterior of the Level Club to resemble a real life replica of King Solomon’s temple.

The Level Club, although a classic example of art deco in New York, is often overshadowed by another Upper West Side building, the Ansonia. Considered the “crown jewel” of the Upper West Side, the Ansonia mirrors Parisian elegance with its circular foyers, glittering chandeliers, and individual balconies for each apartment. Built in 1899, the Ansonia was originally a residential hotel, its unparalleled elegance today, was not always the case. According to NY Mag, the Ansonia was once “the bohemian stepchild of the Upper West Side...always known for its risque reputation. ” Mostly due to its prominence for hosting “a mixture of bad guys and baseball.” Fun fact: allegedly a group of Chicago White Sox players assembled in an Ansonia hotel room and conspired to ‘throw” the 1919 World Series game for $10,000, thus guaranteeing the Ansonia’s part in one of the biggest baseball scandals of the 20th Century.

After being rezoned for Condominiums in the 90’s, the Ansonia has since calmed down, and past residents have updated and remodeled the interiors to restore them to their former Beaux Arts Glory.

Both the Ansonia and the Level Club represent Historic Landmark Buildings on the Upper West Side, but they also represent an opportunity for New York buyers to participate in their unique history.