How Zoning Made New York City: The 1916 Resolution and the Need for Urban Structuring Last month we reported that the City Council approved revisions to the 1961 Zoning Resolution. The revisions were geared towards modernizing the outdated zoning code to facilitate residential growth in high-density commercial areas like Midtown. We commented on how it may be welcome news for developers and affordable housing proponents alike—but what exactly is this oft-mentioned, very bureaucratic-sounding “Zoning Resolution”, and why is there a need for the government to control what is built, where, and how? According to the Department of City Planning’s website, the code consists of regulations aimed to “promote an orderly pattern of development and to separate incompatible land uses, such as industrial uses and homes, to ensure a pleasant environment. The Zoning Resolution is a legal instrument to regulate and establish limits on the use of land and building size, shape, height, and setback.”

Despite it’s relatively younger age compared to some global cities, New York City has always been a trailblazer in urban planning and construction—the city that never sleeps was the first U.S. city to pass a zoning law in 1916. In the early 20th century, as construction materials and techniques improved with the modern era, buildings were rising taller than ever before. The earliest modern skyscrapers emerged towards the end of the 19th century, in Chicago and, unsurprisingly, New York City. These were the beginnings of the distinctive Manhattan skyline that we see today. However, incorporating these pioneering skyscrapers into the urban landscape posed unforeseen problems. Erected in 1915 in the Financial District, the Equitable Building was one of these early modern skyscrapers. 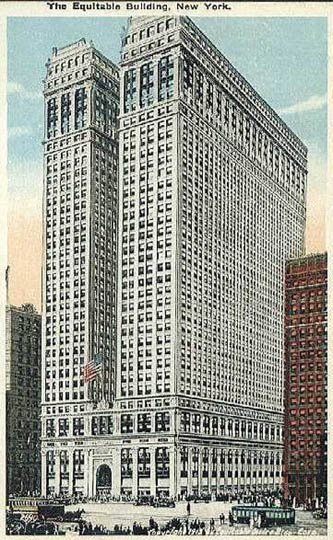 Rising 40-stories tall, the most conspicuous feature of the building is its lack of setbacks from the street. Upon completion, it was the largest office building in the world by floor area. While this was a remarkable feat, the building cast a 7-acre shadow on nearby streets, completely cutting out sunshine for a few shorter buildings. This directly affected the value of buildings now devoid of sunshine, and people feared it would propel a flurry of similar skyscrapers, forever plunging the city’s streets into darkness. In addition to these anxieties about ominous shadow-casting skyscrapers, a drastically increasing population, due to mass immigration, created an urgent need for a larger housing supply. There was also uneasiness about the intermixing of the residential, commercial, and industrial, as warehouses and factories started popping up at an uncomfortable proximity to Ladies’ Mile, a posh shopping district at the time.

These concerns were legally assuaded through the thorough Zoning Ordinance in 1916. The resolution created height districts, ordering setbacks after certain heights, allowing constructing skyscrapers to any height at 25% of the lot area, and segregated districts by varying purposes. These laws shaped New York City’s skyscraper aesthetic: bulky bases and high-rising slender towers with cascading setbacks. They also enabled the creation of uniquely residential and commercial districts, giving certain neighborhoods the distinct character they possess today. Furthermore, regulation proved a blessing to the real estate business by ensuring that each rising skyscraper didn’t submerge everything around it in darkness, and that certain districts maintained or acquired uniquely marketable characteristics. The time period between 1916-1960 saw the rise of iconic buildings like the Empire State and Chrysler Building that were built within the parameters of the groundbreaking 1916 code which lent itself well to the “Art Deco” style that these buildings embody. 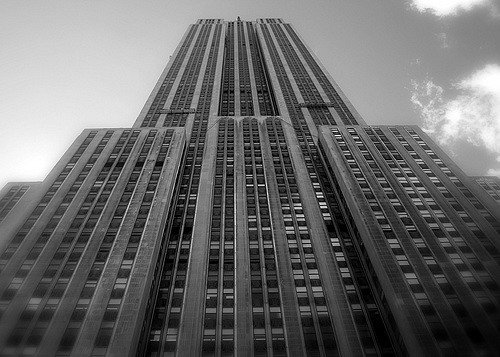 The original Zoning code has been permanently etched in the architectural and aesthetic soul of the city, but as the city and its vision are continuously evolving, so are its zoning needs. The 1961 Zoning Code was the last major overhaul of the original document. It intended to correct zoning for a more realistic residential density than envisioned in 1916, allowed for parking requirements to cater to the car-centric lifestyle of the era, and incentivised developers to create public amenities like plazas, inspiring the slender, high-rising tower style. So here we are in 2016, a new zeitgeist, defined by issues likes affordable housing, overcrowding, environmental sustainability and a potential shift away from automobiles as the main form of transport—might it be time for another comprehensive overhaul of NYC’s zoning? Mayor Bill de Blasio’s “Zoning for Quality and Affordability” was a step in the right direction in this regard.