POLL: What do you think about Pier 55? 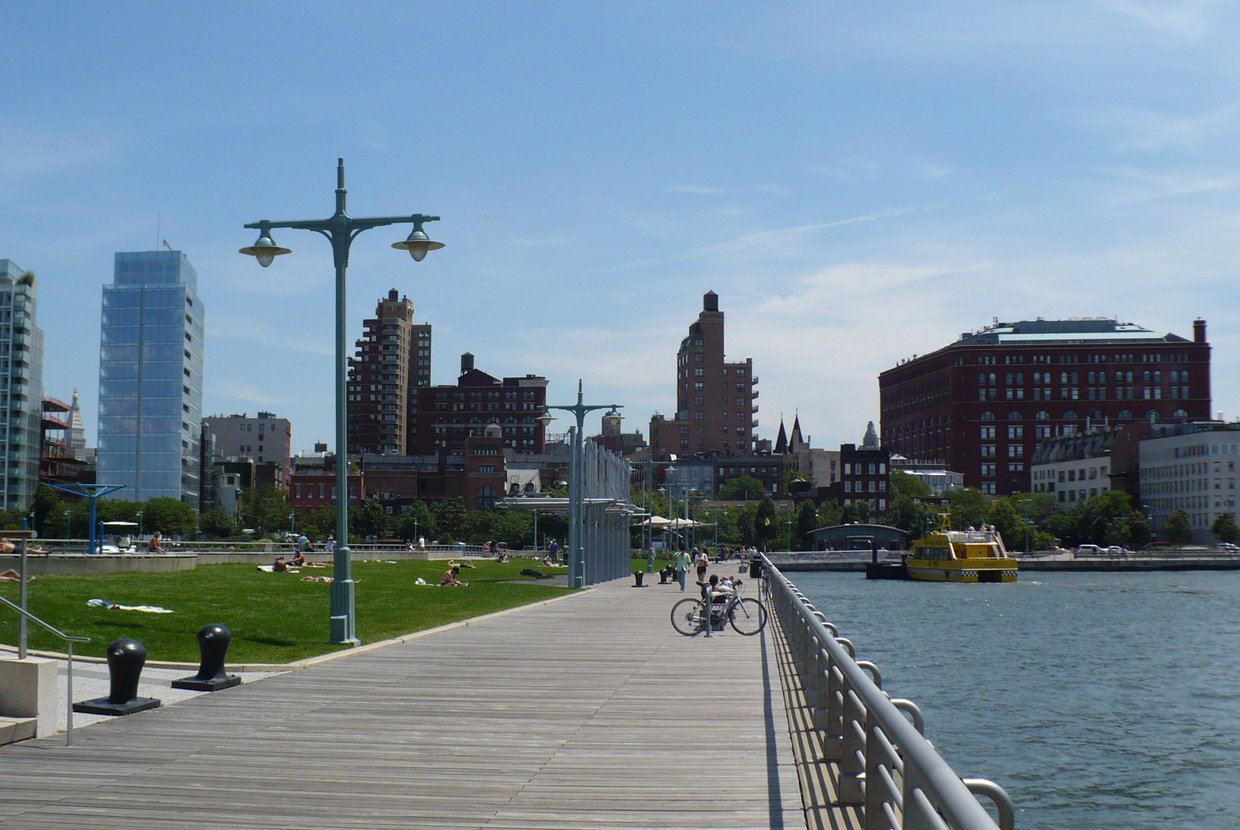 Introduced in 2014, Pier 55 is a 2.7 acre elevated park over the Hudson River, located between the now-defunct Piers 54 and 56. Built on a collection of 550 piers that slope up to 62 feet, the undulating park will feature numerous green spaces as well as multiple performance areas, serving as a venue for theater, dance, music, and community events. It is expected to offer views of the Manhattan and northern New Jersey skylines and to bring much more activity to the lower west side of Manhattan. 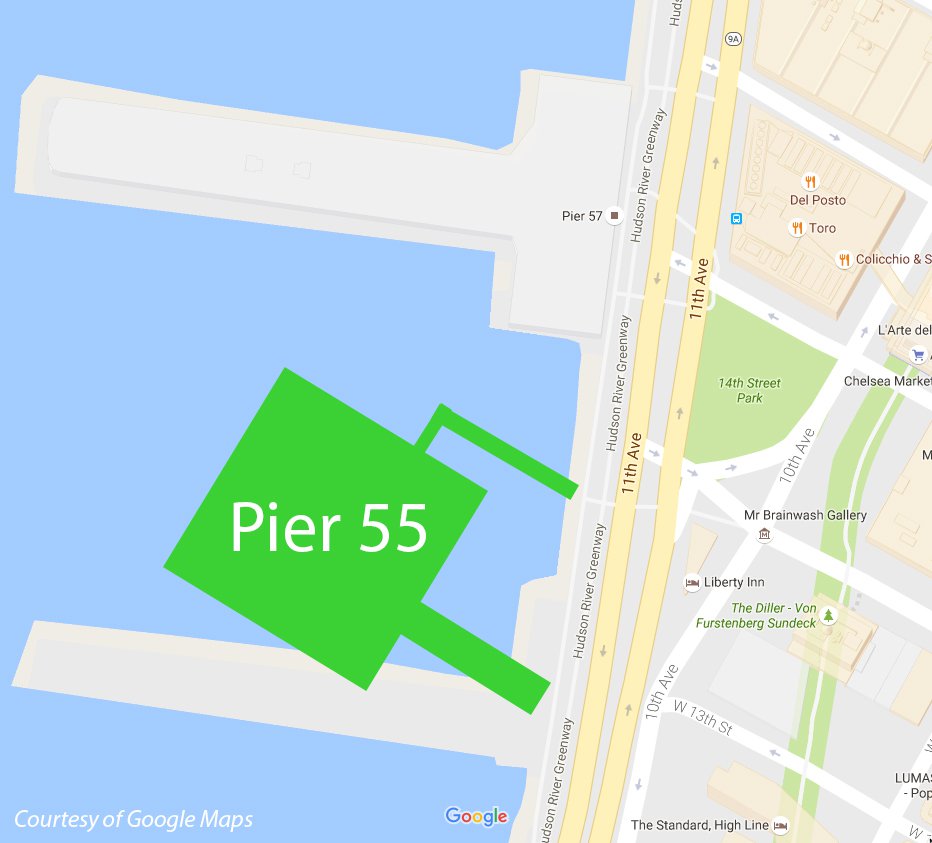 Despite the hype for such another unique and creative park, its construction efforts have also garnered much criticism. The City Club of New York, a civic group leading the efforts to oppose Pier 55, filed a lawsuit last year. Just last week, the Appellate Division, First Department of the Supreme Court of the State of New York, upheld a lower-court ruling that tossed out the suit in April. However, two more lawsuits in state and federal court remain, and opponents are expected to appeal the recent court ruling. Legal fights aside, Pier 55 still retains much criticism against it.

Much of the secretive talks surrounding the planning of the pier — dubbed as Diller Island by some — have raised suspicions among critics about the control of public spaces by private, wealthy donors. Barry Diller and Diane von Furstenburg, who are also the largest private donors for The High Line, have pledged to cover most of the $200 million in construction costs and operating costs through a nonprofit, Pier55 Inc., which would hold a lease on the Pier for up to 30 years.

The City Club of New York has long criticized this deal, claiming that the the lessee would have large control over entry charges to events or even entry into the park, improperly using public lands to generate revenue. But the Manhattan judge who struck down the lawsuit in April noted that revenue is what sustains the park, and that many other public city parks — such as Central Park — charges up to $250 for VIP tickets.

Pier 40, a vital revenue generator for the Hudson River Park Trust that critics say is being ignored.

There were also concerns on the park’s environmental impacts. Many critics claim that the environmental review process was fast-tracked and not conducted properly. Pier 55 will be built over currently open waters on the Hudson, potentially blocking natural sunlight for habitats underneath and could reduce boating space. While both the Army Corps of Engineers and the State Department of Environmental Conservation have approved the project, such approvals are currently facing legal battles in the aforementioned state and federal courts.

Others view Pier 55 as another example of inequalities in the park system throughout Manhattan. The Hudson River Park Trust, which operates Hudson River Park of which includes Pier 55, has long suffered from constant financial problems, but was willing to help cover the costs of construction. This move comes at a cost to the deteriorating Pier 40, a major revenue generator for the Hudson River Park Trust. Some question whether Pier 55 is even worth it, given that its costs could easily renovate Pier 40.

Pier 55 may be a state-of-the-art park, but it comes in the midst of controversy. Whether Pier 55 turns into a major success or the symbol of misguided construction, we will just have to wait and see.

How do you feel about the construction of Pier 55?