As autumn rolls around with its colder temperatures, earlier sunsets, and creaking radiators, the trees throughout New York City are erupting into a grand mixture of orange, red, and yellow that raked in $26.5 billion in fall tourism last year. Here’s a list of some of our favorite spots in the city if you’re a lover of red to green, and everything in between — the sights will leaf you speechless. Central Park is already one of the best places for foliage in general, and autumn is no different. Explore The Mall for an epic view of towering fall colors all around you, or drop by The Lake’s Bethesda Fountain and Bow Bridge for a combination of yellow, red, green, orange, and its reflection on the water. Central Park offers some of the best combinations of the city, fall foliage, and water. Oh, and since you’re already there, don’t forget to check out some of the tree-lined avenues of the Upper East Side or Upper West Side on either side of Central Park. Located Uptown near Hudson Heights, Fort Tryon Park offers winding walkways of colorful flora right next to the Hudson River. Swing by the Heather Garden or many of the other numerous attractions designed by the Olmstead brothers. Fort Tryon Park is also home to The Cloisters. What makes Fort Tryon Park standout though, is Linden Terrace’s unobstructed views of the Hudson River Palisades, which is located across the Hudson River in New Jersey. In the fall, the line of steep cliffs are filled with autumn colors. Who says you have to be on the ground to catch glimpses of fall foliage? For the cost of a MetroCard swipe, you can soar up to 250 feet above the East River to catch breathtaking views of the city and fall greenscape. You’ll fall for the bright spots of red, orange, and yellow dotted throughout the concrete jungle. Most prominent parks featured on the ride are Roosevelt Island’s Franklin D. Roosevelt Four Freedoms Park and Queensbridge Park in Long Island City, Queens. Both of these parks are great attractions in the fall on their own, so why not see both from the sky? The tram entrance is between Lenox Hill and Sutton Place, located on the corner of East 59th Street and 2nd Avenue. This 250-acre site is home to one of the world’s largest plant research and conservation programs, and dozens of different garden and plant collections. With trees dating back to the American Revolution, the Thain Family Forest in the Garden is the only old-growth forest in New York City, revealing what the area looked like before it became a concrete jungle. The New York Botanical Garden even has a whole page on its website devoted to telling you which attractions look the best during the fall, so it’s worth the trip. 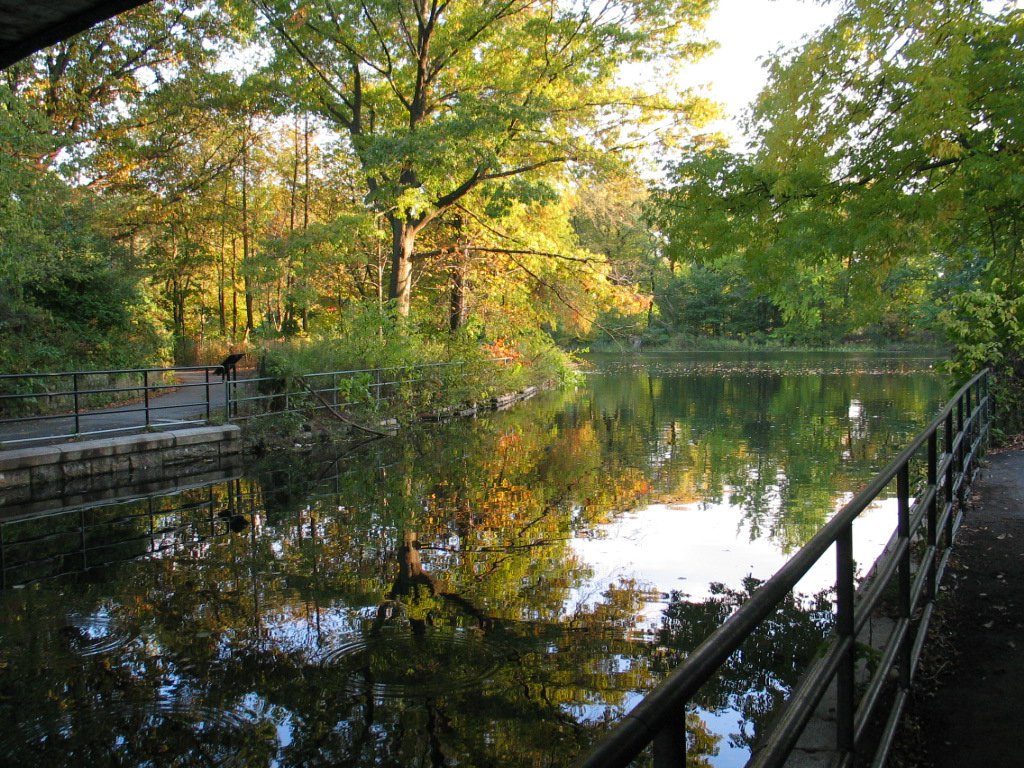 Located in Brooklyn bordering Park Slope and Prospect Heights, Prospect Park’s numerous species of trees will change colors at different times this fall season, offering a kaleidoscope of fall colors. The park is also located next to the Brooklyn Botanical Garden, which is also a great destination for fall foliage. Catch a breathtaking view from The Long Meadow, or walk along Prospect Park Lake for the best exposure.