Alphabet’s (Google) own Sidewalk Labs hosted one of the first NYC Sidewalk Talks this past week, at their headquarters on the 26th floor of the newly-opened 10 Hudson Yards. Sidewalk Labs is Alphabet’s urban innovation organization, an amalgam of different initiatives and acquired companies focused on improving urban infrastructure. Sidewalk Talks was announced this spring, and aims to connect and inspire both entrepreneurs and city planners around technology designed to shape the modern city. I had joined Sidewalk Labs at Google’s NYC headquarters this spring, entitled Reimagining the City as a Digital Platform, one of the most provocative presentations I had ever seen, and was excited to be invited for an evening of presentations and discussion around the question of, “What role can technology play in easing the housing affordability crisis?”

Last winter, I was incredibly inspired to see Dan Doctoroff at Inman Connect. Doctoroff was previously deputy mayor under Michael Bloomberg and is now CEO of Sidewalk Labs, and he philosophized on technology as the fourth major revolution to shape the course of human social organization. Beginning with the “steam revolution,” the train and the industrial revolution moved agrarian societies into cities, creating economic benefits and social hazards for humanity. “Electricity” allowed population density to compound, offering (to avoid repetition) civilization unprecedented control over their own environment, creating artificial illumination, and giving birth to the modern skyscraper. The “automobile” allowed cities to expand, both with the benefit to human mobility, but wreaking havoc upon urban infrastructure that was not built to sustain automotive commuters.

Sidewalk Labs aspires to be a platform of programs and initiatives that address the ways digital transformation will transform modern cities, from data aggregation and pattern analysis to home and system automation, as well as sustainable design and architecture. They look to address the challenges and opportunities facing urban life, with their most notable project to date being LinkNYC, a free WiFi, phone call and device charging initiative, as well as to replace payphones, whose kiosks started dotting Third Avenue in Midtown earlier last year.

Sidewalk Talks began this year as an open forum, where technologists and urbanists discuss the future of cities. I am a member of Google’s NYC Tech Talks, and was eager for Elegran to join to brainstorm. Attending were city planners, representatives from the Metro Transit Authority, HUD officials, as well as several notable developers and architects alongside a number of engineers and product managers from leading tech companies. The talk at Hudson Yards began with an open networking session, and then broke into structured groups led by leaders of some of the most creative leaders in the urban technology space, from Andrea Chegut from MIT’s Real Estate Innovation Lab to Nathaniel Decker of UC Berkeley’s Terner Center for Housing and Innovation to Jerry Paffendorf from Loveland Technologies, as well as three other groups that I joined to hear pitch, loosely discuss, and then brainstorm ideas around the product: 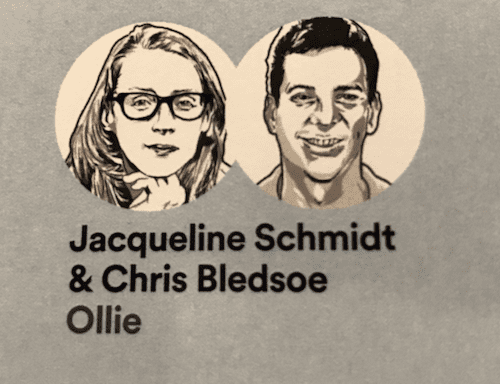 By building new constructions with micro-apartments, and communalizing luxury amenities, Ollie is able to offer community living and legitimate luxury rentals to residents that would otherwise be unable to afford them. One of Ollies revolutionary new projects is already under way in Kips Bay, at a 32 unit building called Carmel Place. 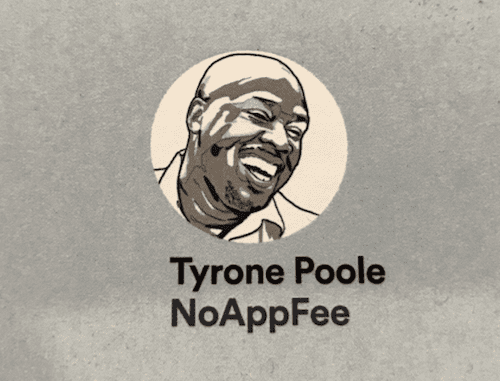 Tyrone Poole is an incredibly inspiring figure. Once homeless as a result of an injury, Poole became incredibly frustrated by the lack of information and transparency around the rental application process in Portland, Oregon. Even when he was able to produce the funds to rent an apartment, he encountered an incredibly complicated network of application fees which make the process disproportionately difficult and expensive for those with bad credit or the homeless. Poole responded by pitching the city of Portland on a solution, who rewarded him with a grant to build NoAppFee.com, a standardized database that does everything from run credit-checks, to basically prequalify users for different buildings. Not only does the service tell members what buildings they will most likely qualify (saving the renter numerous application fees), the website offers specific advice on which penalties to address to increase the likelihood of a successful rental. NoAppFee has been incredibly successful in Oregon, and has expanded to Georgia and with plans to grow even larger. Perhaps the most inspiring discussion was led by Sidewalk Labs’ own Designer-in-Residence Eric Baczuk, who talked about “the high price of low innovation.” After presenting on some of the economic, ecological and social challenges facing affordable new construction, Baczuk went on to discuss the building and testing of Accessory Dwelling Units (ADUs). 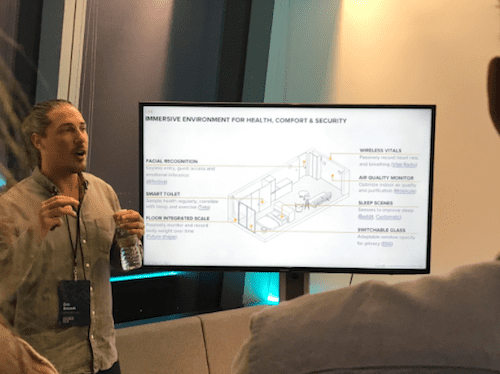 ADUs present the opportunity to bring down the cost of infrastructure in incredibly creative ways, producing modular housing at low cost and with minimal labor. ADUs can also be built with amazing home automation, with entry by facial recognition, biometric monitoring sensors, and cameras throughout the house, ultimately allowing artificial intelligent apps to adapt to a resident’s rhythm and lifestyle. Finally, Baczuk believes there is a huge growing demand for affordable housing, especially within the senior community.