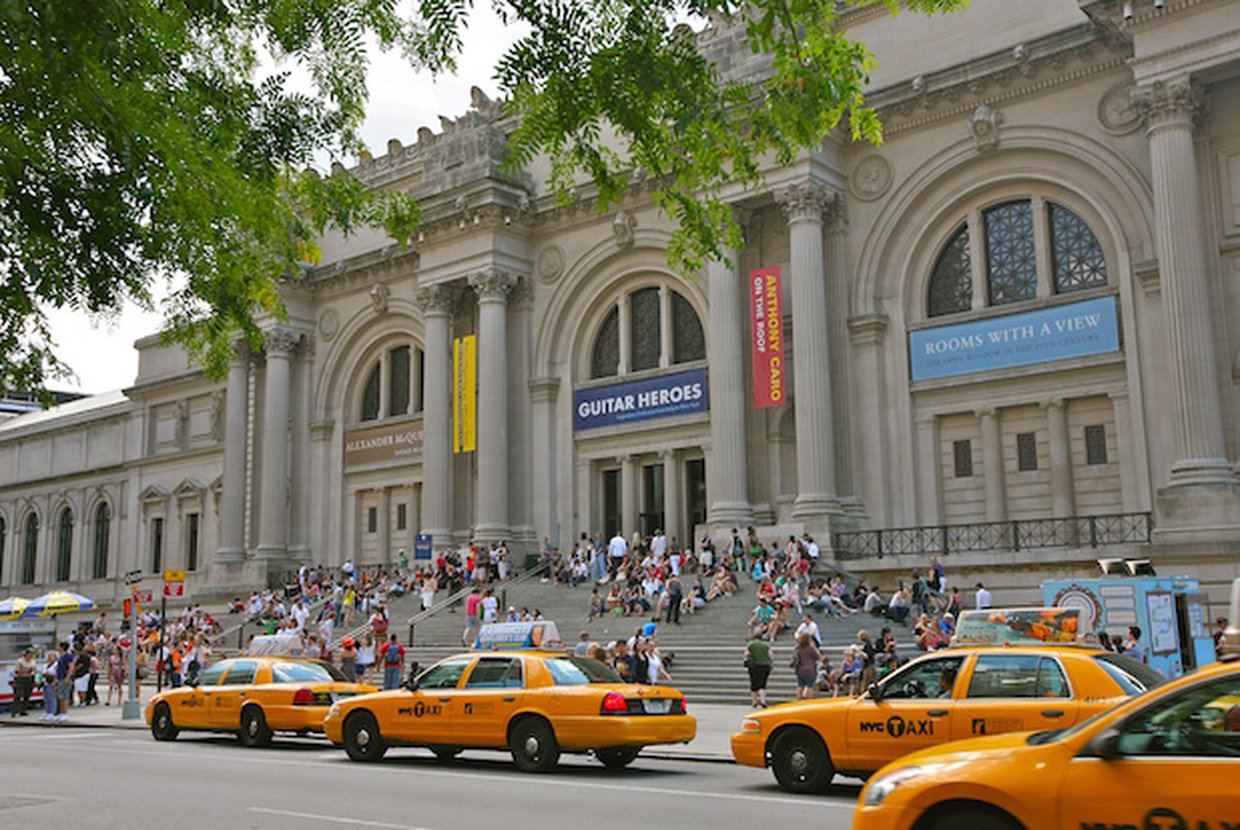 Keeping a museum like the Met running is a costly business, but is the proposal to charge a mandatory entrance fee for out-of-state visitors the answer to the famous New York institution's financial troubles?

The three Met museums, the Met 5th Avenue, the Met Cloisters, and the recently opened Met Breuer, have received over 6 million visitors annually over the last five years. In fact, for the fiscal year ending in June 2016 they reported the largest number of visitors, 6.7 million since they started keeping track of them 40 years ago. However, the $39 million received from at admissions in 2016 only covers thirteen percent of the museum’s $332 million annual operating costs, and the Met showed a $8.3 million deficit in its 2016 annual report.

Although they have been known to have an investment portfolio in excess of $2.5 billion, and as a nonprofit organization they are not required to pay income tax, the Met’s financial difficulties are not new. Back in 1970, they instigated a ‘pay as you wish’ policy for admission fees. To do this, they had to negotiate the lease agreement with the City, which owns the building and the land on 5th Avenue and does not charge the museum rent. In order not to violate an 1893 NY state law, which mandated that the museum’s collections “shall be kept open and accessible to the public free of all charge throughout the year,” a voluntary admission fee was agreed upon.

While the $25 adult entrance charge was only a “recommended” figure, and visitors could actually pay whatever they wanted, a lawsuit filed in 2013, accused the museum of intent to defraud the public. It claimed that signs in the Grand Hall, and the attitude of cashiers were misleading visitors into believing they were required to pay an admission fee. Also, tickets purchased with a credit card at the museum, on the Met’s website, or from third- parties, are charged the full “recommended” price.

The resignation of the Met’s director, Thomas P Campbell, in February 2016 and criticism of the board of trustees for poor oversight, forced the museum to initiate a cost cutting and major restructuring plan in April of last year. This included staff cuts, reducing the number of annual exhibitions from 60 to 40, improving retail shops, and halting a planned $600 million expansion. But it has not been enough.

The settlement of the 2013 case was confirmed last week with the Met agreeing to re-word their signs from a “recommended” (written in smaller letters) admission price, to a “suggested” admission price and the resulting potential drop in admission revenue has prompted the museum to file the formal proposal to charge out-of-state visitors a mandatory entrance fee.

A spokesperson for the Department of Cultural Affairs stated. "We will review it carefully; the city is committed to working with the Met to ensure that its unrivaled collection and programming remain accessible to all New Yorkers."

The potential increase in admission funds could be enormous with over 70-percent of museum visitors coming from out of state. However, there is the possibility that the annual $26 million grant received from the city each year could be put at risk, although the idea is endorsed by NYC mayor Bill de Blasio, who stated that it would not necessarily jeopardize city-provided funding.

There are also several logistical problems to solve. Like how to verify visitors who are non-New Yorkers. The amount also needs to be decided upon. Some fear that attendance numbers will drop dramatically, and others who currently provide financial support have threatened to withdraw it if the plan moves forward.