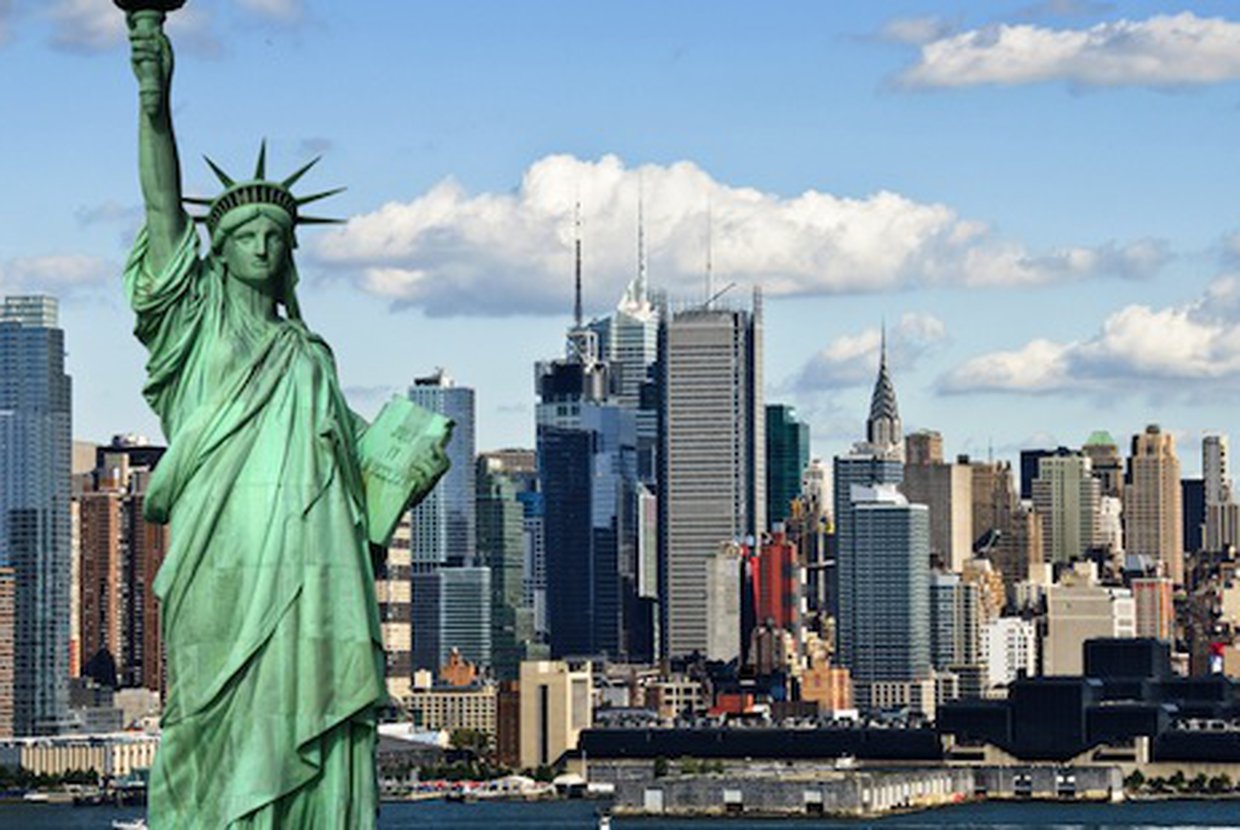 Plans for a $250 million floating park on Pier 55 on the west side of Manhattan have been halted by an ongoing litigation for several years, but it looks like construction for the pier will soon be moving forward again. The lawsuits, started by developer Douglas Durst, forced the plans for the arts center to a stop indefinitely, but City Hall recently confirmed that Mayor Bill de Blasio has intervened by calling Durst and asking him to drop financial support of these trial cases. Many New Yorkers are hoping that this will lead to negotiations that will allow the project to continue in the near future.

Mayor de Blasio’s recent call to Durst brought to light a possible reason as to why the developer is so against the entertainment pier. Durst was previously involved with Friends of Hudson River Park, an organization that is currently working on the pier with designer Thomas Heatherwick and media mogul Barry Diller. But in 2011 Durst had a fallout with the company when he was abruptly removed from his position as chairman of the board and replaced by Madelyn Wils, former NYCEDC executive. Curbed speculates that this incident in part fueled his opposition toward the Pier 55 project and could have led him to fund multiple lawsuits against the park.

Although Durst’s involvement in the lawsuits became known in 2016, there have been many litigations levied against the park since the plans were unveiled in December 2014. Some organizations are actively opposed to the park’s construction such as the City Club, allegedly the park’s biggest adversary, which has sued multiple parties involved in the project. The City Club has expressed various concerns regarding the park’s environmental impact and whether the U.S. Army Corps of Engineers had given it a permit modification approval. Various legal battles against the pier’s construction have surfaced over the past few years, and a month ago Durst revealed that he was helping fund many of these lawsuits in an interview with The Villager.

One major concern with the project surrounds when the plans for the park were released to the public. Environmental entrepreneur Tom Fox was involved in City Club’s lawsuit regarding the modification of the Army Corp of Engineers’ permit and claimed that those involved in Pier 55’s park development wrongly started the project in secret. Following Mayor de Blasio’s call to Douglas Durst, it seems that this topic will be discussed in future negotiations. Richard D. Emery, a lawyer representing those pushing the litigations, told The New York Times that the pier’s opponents will likely try to work out a compromise, but have demanded the precondition that all future plans for the park must be open to the public so people will have the opportunity to voice their opinions. With the possibility of these negotiations, along with the support of Mayor de Blasio and Governor Cuomo, it seems that the end of the ongoing battles and the stalled construction of Pier 55 might be in sight.