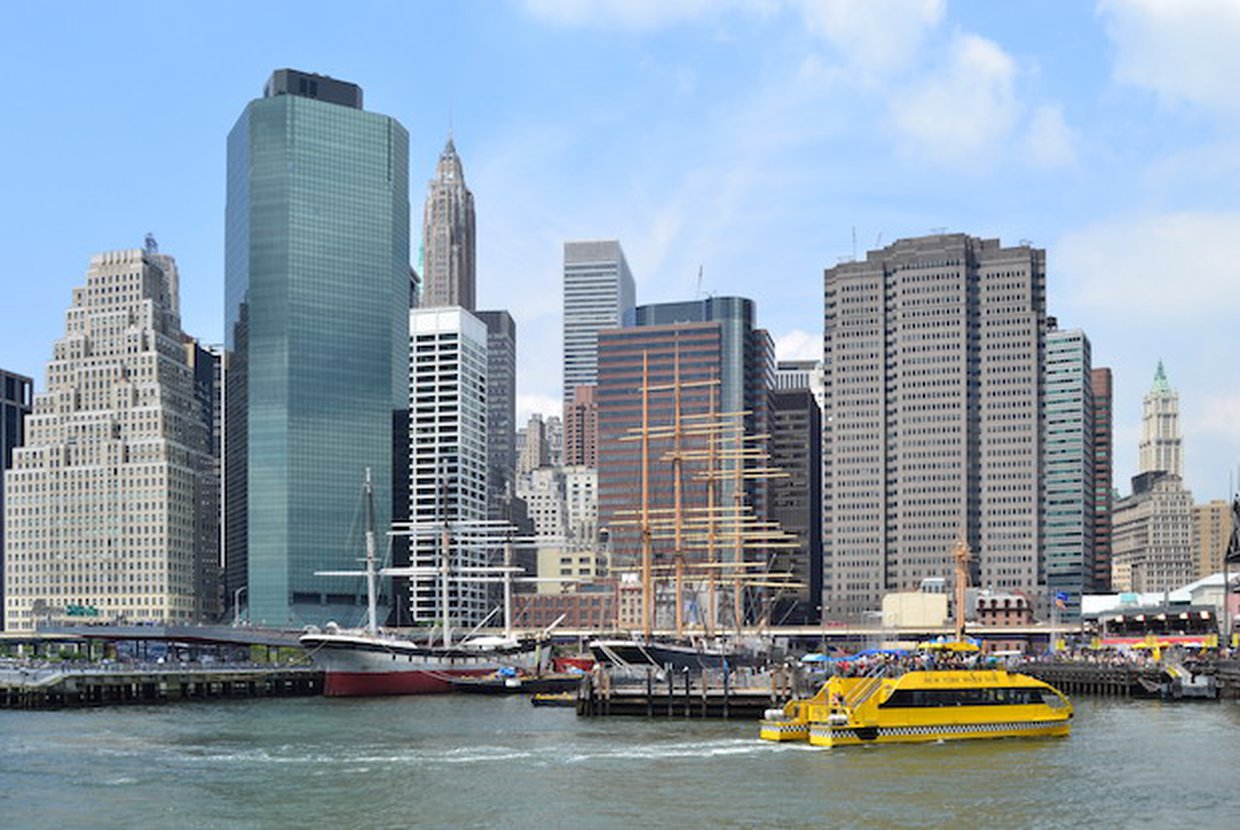 As recently as 5 years ago, South Street Seaport was a tourist-only zone, not popular among native New Yorkers. Originally filled with chain stores and tourist trap stalls, the area needed a revamp. Now, that revamp is nearing completion and the new South Street Seaport, scheduled to open in Summer 2018, will be a trendy Seaport destination for locals and tourists alike.

Renovations began in 2013, when the Howard Hughes Corporation started tearing down the entire 400,000 square foot site. They rebuilt it in a way that was geared toward making it more appealing to millennials, many of whom live and work in the downtown area. Before the area was updated, it was mainly a tourist spot, and, as stated by Howard Hughes’ chief executive David Weinreb, “it had lost its significance and relevance to locals”. The goal was to make it a popular destination for New Yorkers again.

The biggest tourist attraction at the site was a shopping center on Pier 17. Previously designed like a suburban shopping mall, it repelled locals and attracted large crowds of tourists. Howard Hughes Corporation started their renovation project by tearing it down and reconstructing both the building and the entire wooden pier that it stood upon as well. The new development will be more local-friendly, with patio restaurants, network studio space, and a restaurant with floor-to-ceiling windows offering stunning views of the harbor. A 1.5 acre entertainment and public space area for up to 4,000 people will be an exciting addition to the Seaport as well. It is being designed for a variety of performances such as fashion shows, concerts, tennis matches, art exhibitions, and movie screenings, and it will officially open in Summer 2018. Called the Stage at Pier 17, the performance area will be on top of a building, and will be covered with a futuristic-looking, robot-built fiber structure. This new canopy will be transparent, allowing great views of the Brooklyn Bridge and the harbor.

On the ground, visitors will be able to take in the beautiful scenery l, with benches and swing chairs situated along the waterfront. There will be a river walk, which will allow people to stroll through the entire pier area while taking in the sight of the harbor. The developers were originally planning on building a high-rise in the area, but decided to eliminate those plans in order to keep the space more open and scenic for visitors.

For those who can’t wait for the finished product, there are a few buildings in South Street Seaport already open to the public. From a speakeasy to a luxury movie theater, the area already offers endless recreational activities.