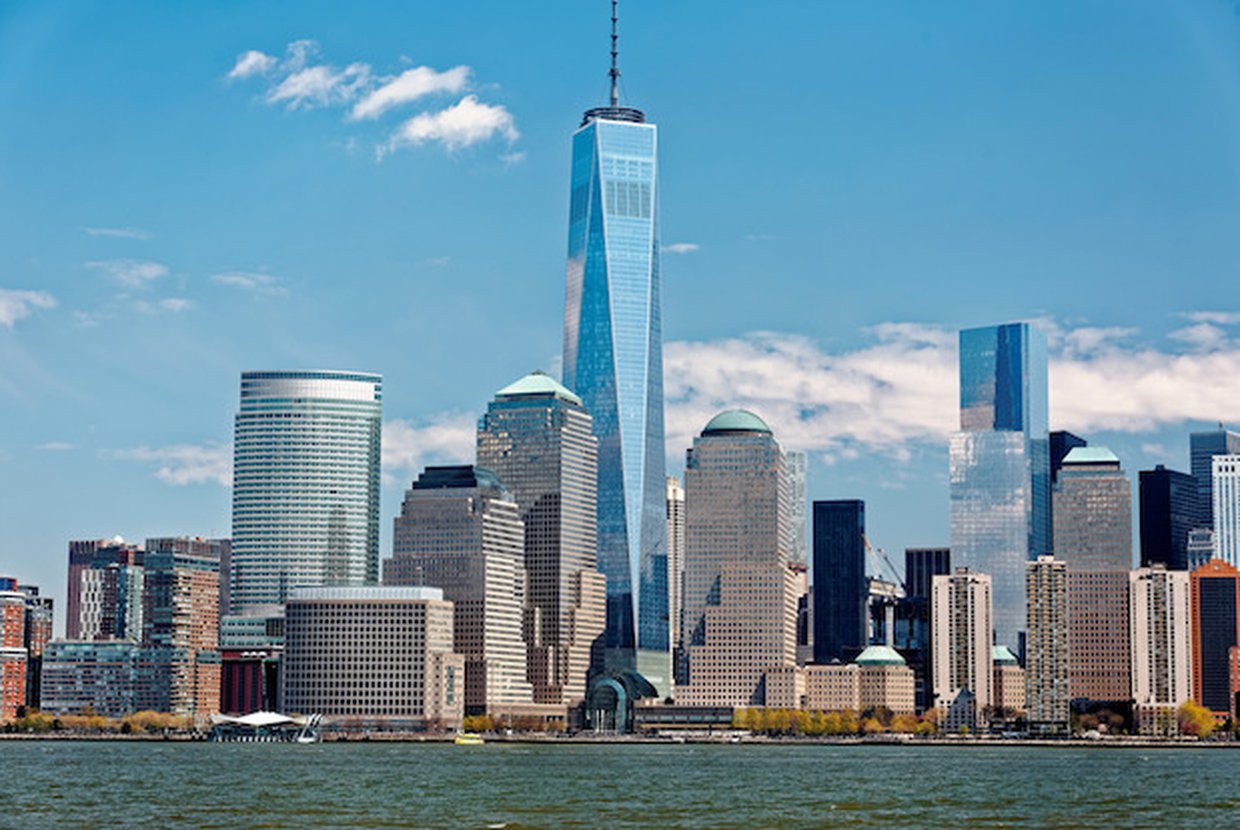 When the south tower fell on September 11th, 2001, it crushed the tiny Greek Orthodox church of Saint Nicholas which was founded in 1916. Located at 155 Cedar street, this was the only religious building to be destroyed in the event, and the loss of the four-story, 1,200-square-foot building left 130 families without a place to worship. Since then, reconstruction plans have run into countless problems as the Ground Zero plans developed and changed, but not, a replacement is finally nearing completion.

The new church stands about 50 yards from the original site, and will now be formally known as the St. Nicholas Greek Orthodox Church and National Shrine at the World Trade Center. When it is completed, by November 2018, the local Greek Orthodox population will not only be able to again celebrate their religious ceremonies, but also, on the second story, there will be a bereavement center and a multi-denominational quiet room where people of all faiths will be welcome to sit in quiet prayer and contemplation. This special space will be a welcome addition to the zone, as the new structure at 130 Liberty Street, is opposite the National Sept. 11 Memorial and Museum, and next to the World Trade Center Memorial Plaza.

The land is currently the property of the Port Authority, and the church has a 198-year lease with a 99-year extension, and they pay a token $1 rent a year. There is also a purchase option, and when completed the church is expected to take advantage of this and to buy the land for the princely sum of one dollar. The total cost of rebuilding, estimated to be about $50 million has been entirely funded by donations from diverse sources, including Greek Orthodox churches and members from around the world, as well as the Greek government.

The new church is being constructed by Skanska. It has been designed by the Spanish architect Santiago Calatrava, who is also the creator of the awe-inspiring 150-foot-tall Oculus, inaugurated in March 2016, which tops the World Trade Center Transportation Hub. The design of Calatrava’s impressive church, with a central dome flanked on either side by towers, was inspired in two Byzantine churches, built in the 5th and 6th-centuries, the Hagia Sophia and the Holy Savior of Chora, both in the city of Istanbul. The dome has forty ribs which radiate out from a central icon of Jesus, and are interspaced with skylights, measuring over 10-feet in length, which allows light to stream down into the nave.

At night, the finished church is designed to glow like a marble beacon. The outside will be sheathed in a thousand thin panels of Pentelic marble which are sandwiched between two glass panes and bound together with a light-transmitting epoxy. From outside it appears to be solid stone, but, when lighted inside at night the result will be a magical, welcoming glow as the light passes through the translucent panels. The marble used in the building was quarried from the same vein north of Athens as that used to construct the Pantheon, and a special permission had to be obtained to use it.

Saint Nicholas is the patron saint of seafarers, and candles lit in the original church once welcomed immigrants arriving in Manhattan, and soon the new one will again welcome visitors from around the world seeking a place to light a candle for peace.