A New Project Gives a Voice to NYC Statues 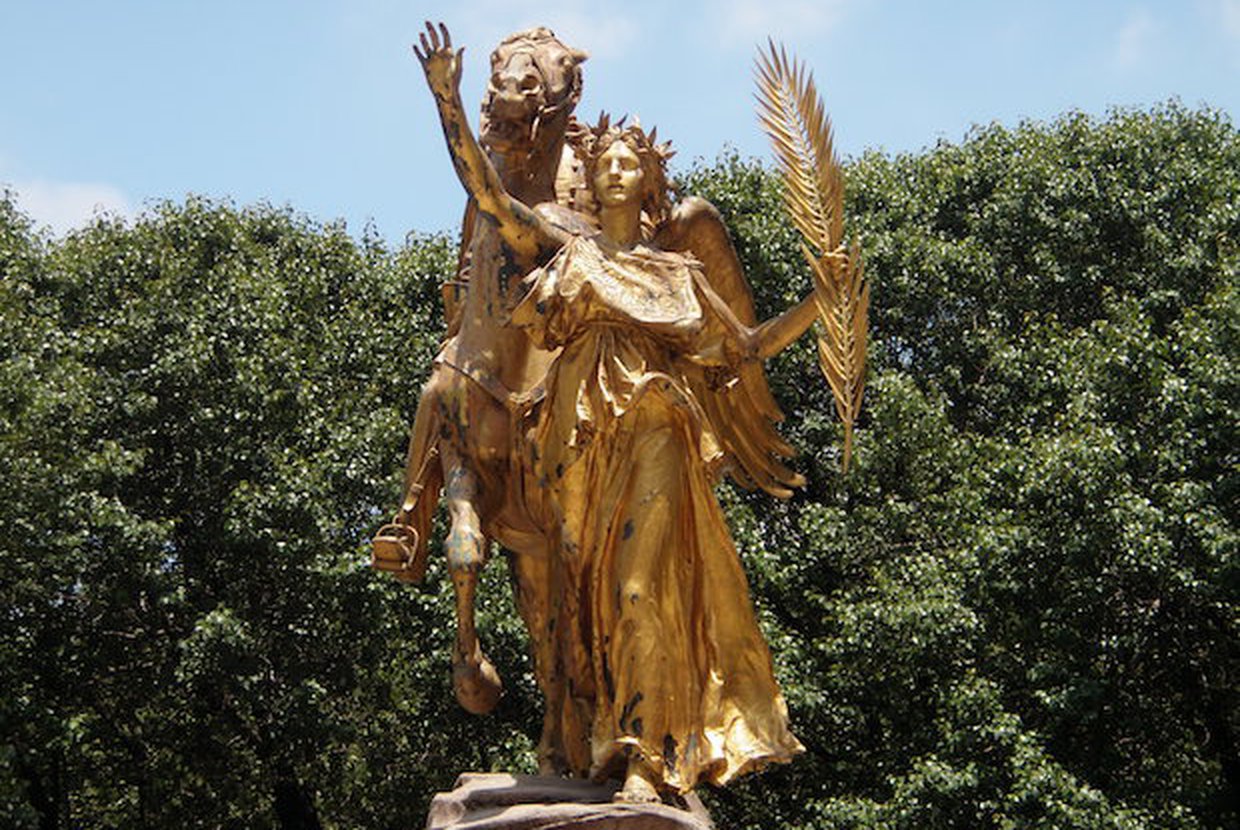 If you ask a New Yorker how many statues they pass on their daily commute to work, they’d probably have a hard time remembering. These figures are everywhere, yet more often than not they get overlooked by the thousands of people who pass them each day. Statues all over New York pay homage to individuals who have made an impact in our nation’s history, but the meaning and story behind each one often go unnoticed. A small plaque placed near the statue may give a brief explanation of who the person was and what they accomplished, but even that can be easily looked over.

But a recent project put together in conjunction with the NYC Parks Department is aiming to change that. The project, Talking Statues, gives these quiet pieces of art a voice of their own. Launched by filmmaker David Peter Fox, the project uses the vocal talents of major authors and actors to tell the stories of 35 statues across the city. From well-known heroes such as Harriet Tubman and Abraham Lincoln, to lesser-known figures like Annie Moore, the first immigrant to the United States to pass through Ellis Island, the project covers a wide variety of individuals who were prominent in US history.

Hearing the stories of these otherwise silent statues is easy. Those interested in listening to the stories behind the statues can simply download the map to see the location of each talking statue. Each participating statue has a blue sign indicating that it has a story to be told. Using a smartphone, listeners can scan the QR code near the statue and wait for their phones to ring. When they answer, they will hear a dramatic and engaging story from the honoree’s point of view. Statues can be found all over the city, mostly in Manhattan but also in Brooklyn and Staten Island.

In a recent interview, Fox admitted the project is lacking in women’s voices but blames it mostly on the fact that NYC just doesn’t have very many statues honoring women. When choosing which statues would participate in the project, two themes helped Fox make his decision: diversity and immigration. Many of the statues tell stories of coming to America from far off places and the positive impact they had on the county after they arrived.

NYC has a diverse and eclectic art scene, but very rarely does the art have the opportunity to tell its own story. Talking Statues is an educational way to explore the city and gives some of the country’s most iconic individuals a chance to tell their tales.