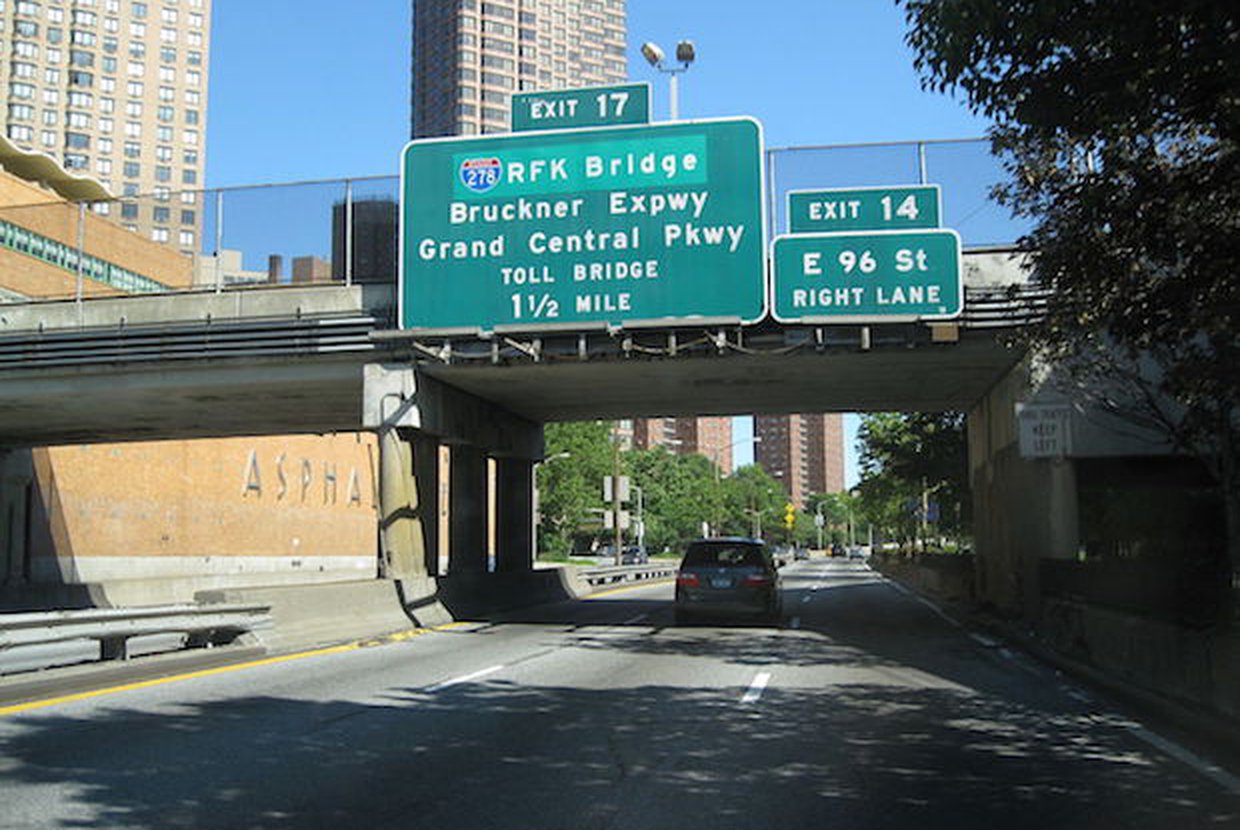 Congestion pricing will likely be implemented in Manhattan by the end of 2017, as the creation of a new toll system in NYC is becoming an increased possibility. The New York Times reports that by the end of the year, nine crossings will have acquired an open-road, cashless collection system, which will alter city transportation.

The cashless collection system will take away the original system of toll lanes, tollbooths and toll collectors, replacing them with sensors and cameras. These will be located both above the road and in the pavement, capturing vehicles’ E-Zpass information and automatically charging them with transponders, while billing the 10 percent of those without E-Zpass through the mail. This technology has been developing and improving for many years and has been of interest to NYC for the past decade. The Bloomberg administration was the first to propose congestion pricing in the city 10 years ago, but during that time this method was in a very early stage and not yet widely used. Now it is being used in 35 areas and is highly likely that it will be utilized by NYC.

Due to the city’s complicated urban layout, implementing this new toll system would be an ambitious utilization of the tool, but could greatly improve NYC transportation. Governor Andrew Cuomo has expressed his support for congestion pricing as a way to raise money to help the city’s subway system, which has experienced a multitude of problems over the past few months.

Governor Cuomo is currently working on a congestion-pricing plan that has yet to be released, but one of his potential proposals is aimed at having tolling vehicles enter crowded areas in Manhattan, in a way that does not slow traffic flow. He is pushing for the Triborough Bridge and Tunnel Authority, a segment controlled by the Metropolitan Transit Authority, to complete the toll conversion by the end of 2017.

There are some skeptics of this plan; Mayor Bill de Blasio is one of them, who is pushing to raise transportation funds by taxing wealthy New Yorkers instead. Some state leaders are concerned about the new system in general and worry that those who do not have E-Zpass will not pay the bills sent to them by mail. But tolling system director Joe Gugliero discourages these fears, stating that there will be other penalties in place that will motivate those without E-Zpass to pay.

And as toll collecting will not take up space on the streets (since it will, in fact, be practically invisible), it is more likely that this method of congestion pricing will be met with widespread approval. In many ways the plan seems ideal to the older toll system; arguably the most important aspect is that it will significantly decrease traffic. With the old E-Zpass system, only 250 vehicles could pass through the toll booths per hour, but with the new technology, approximately 850 cars will be able to pass through in the same amount of time.

As the new toll system will lessen traffic congestion, it seems like a highly beneficial to NYC’s flawed transportation system. And not to mention, there will be shortened commute times and many happier New Yorkers as a result.