After a Long Battle, SoHo's 150 Wooster St. Prepares for Residents 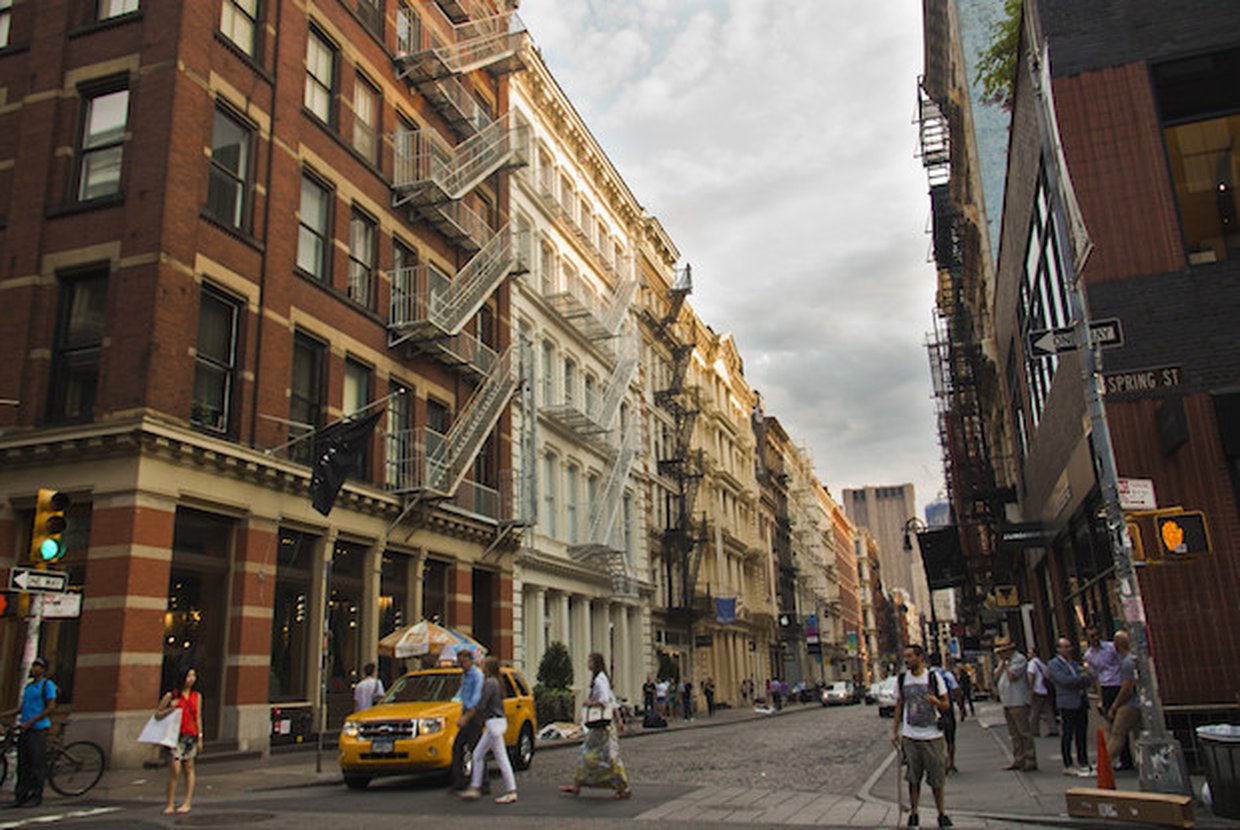 New developments in the heart of SoHo are not common, and the creation of a ground-up condo at 150 Wooster Street was not easy sailing for the developers, KUB Capital. However, their perseverance has now come to fruition.

In 1973 the one-story garage on the site was designated part of the SoHo Cast Iron Historic district by the Landmarks Preservation Commission (LPC) so all alterations were restricted. The site later housed a Maclaren baby stroller store and a parking lot, and in 2008, the LPC denied permission to MTM associates to demolish the existing building, maintaining that the "building's style, scale, materials, and details contribute to the special architectural and historic character" of the area.

However, in October of 2012, the LPC changed their decision and approved the proposal, now stating that the existing building "does not contribute to the historic district, and its demolition will not detract from the special historic and architectural character of the historic district." Local artists, most of whom have been residents in the area since the 70’s, and who contributed to the revival of the neighborhood, had opposed the development and sued the LPC in 2013. The artist’s lawsuit claimed that the proposed building would be “way out of scale” and not in keeping with the character of the block and that it would obstruct light and increase shadow on nearby buildings. They were also concerned that the commercial space would be a large, 6,300-square feet, “mall-type” store.

Unable to get plans passed for their proposed building, MTM associates decided to sell, and the managing director of KUB, Daniel Schillberg, who had had his eye on the site since the mid-2000s, finally got the chance to acquire it for just over $50 million in 2014. However, KUB also initially failed to get approval for their project, but finally, with several design changes and some downsizing, the plans were approved in 2015. NYC council also agreed to a zoning change which enabled the current requirement that residents should be artists to be relaxed. To soothe the opponents, the approved plans limit the two ground floor retail units to a maximum size of 3,000-square feet each, and to appease the neighbors at 152 Wooster, the walls of the new building do not block their windows and there is a lightwell which ensures that sunshine can reach their homes.

The façade of the new eight-story building is of thin cream-colored Danish bricks topped with a distinctive cornice made of ribbed steel which echoes the design of nearby cast-iron buildings. The development is comprised of six, full-floor, four bedroomed, 4 1/2 bath, luxury apartments, measuring over 4,000 square feet each. The grand proportions are reminiscent of the roomy lofts that SoHo is renowned for and the fine details are impressive. The top two floors house the duplex penthouse, which enjoys 360-degree views and includes a private roof of over 3500-square feet.

While prices start at about $13 million, KUB is not worried about sales, although the Manhattan luxury property market has been slowing down. They are certain that the project’s irreplaceable location will guarantee purchasers.