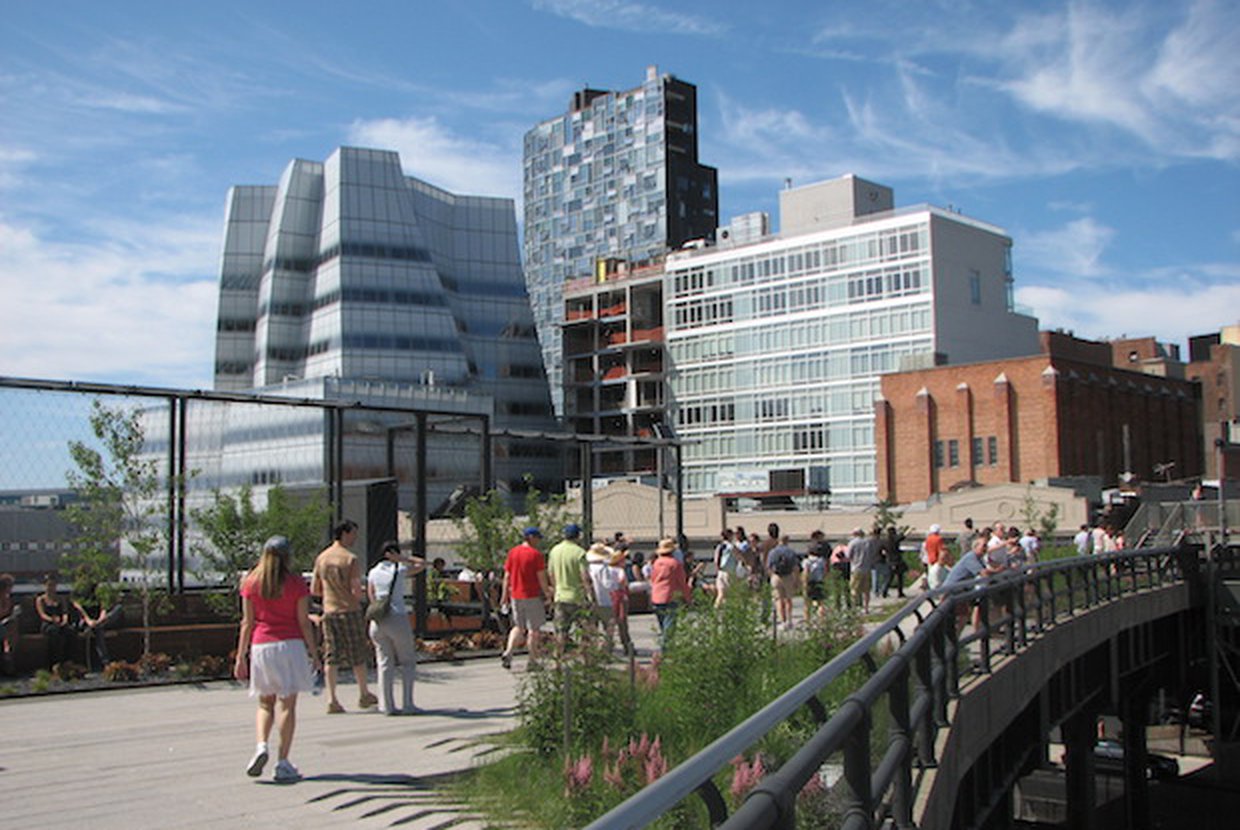 Sales have launched at 515 West 29th Street, also known as Five One Five. This highly anticipated High Line-adjacent building in West Chelsea is the brainchild of famed designer Soo K. Chan and it is as exclusive as it is luxurious. With only 15 spacious residences, five of which are penthouses, living here provides an elevated sense of privacy, security, and influence.

The building's beautiful facade sets it apart from its neighbors. It features a curved glass exterior that gives it a rippling appearance, and that's to its prime location it offers residents beautiful views of the High Line. It is the only building that is framed by the park on two sides.

The 15 residences are a mix of two and three bedroom apartments. Five spacious penthouses take luxury living up a notch, offering breathtaking city views with sprawling floor plans. Every residence in this contemporary architectural masterpiece will have direct elevator access for easy access and maximum privacy. Each residence will have high-end wood floors, high-tech kitchens with Gaggenau appliances, floor-to-ceiling windows, and flow-through floor plans. The bathrooms are all designed with marble and glass and feature walk-in showers and elegant soaking tubs.

Owners will get exclusive access to the buildings five-star amenities, including a roof deck with outdoor kitchen, a gorgeous lobby staffed 24/7, and a state-of-the-art fitness center with Technogym equipment, including Kinesis machines. What's more, each resident has access to a basement-level storage unit, a highly coveted amenity in NYC where storage can be a major concern.

Soo K. Chan is the founding principal and design director of SCDA, which has offices in Singapore, Shanghai and New York and has designed buildings everywhere from Europe to Africa. Chan is a highly lauded architect who has received three Royal Institute of British Architects International prizes, the President’s Design Award, the SIA-Getz Prize for Emerging Architecture, and nine Chicago Athenaeum awards.

Since its arrival, the High Line has inspired the construction of a number of new residential buildings in West Chelsea. In 2016, StreetEasy determined that real estate prices in the area surrounding the first section of the High Line, which opened in 2009, were 100 percent more expensive than real estate prices just one block east of the park. StreetEast also determined that prices for apartments near the High Line were 75 percent higher than those in Downtown Manhattan, including pricey areas like Tribeca, SoHo, and Gramercy Park.

It appears as though this new building will continue the trend of expensive real estate in near the High Line. According to the building's official site, there are four apartments currently up for grabs in this building, one three-bedroom home, and three two-bedrooms. The apartments start at $5,250,000.