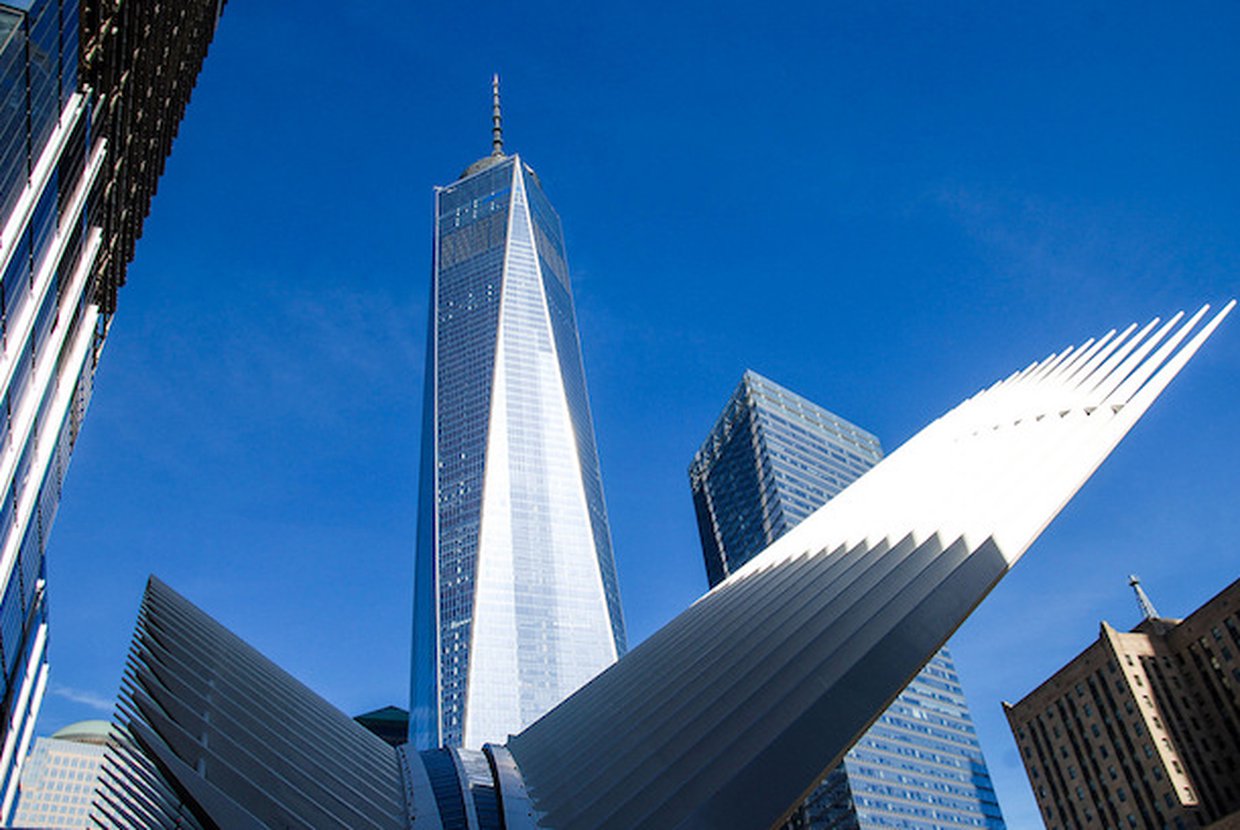 London-based architect Richard Rogers, renowned for his unique exposed design of structures such as Paris’ Centre Pompidou and Lloyd’s of London, recently took on a new construction project in NYC. Rogers, who won the Pritzker Architecture Prize in 2007, designed One Beekman, a residential tower with retail space situated in the Financial District directly across from 25 Park Row.

As Rogers was given a kite-shaped piece of land, the oddly proportioned site posed a challenge to the architect. But according to The New York Times, Rogers enjoys projects with obstacles. On a recent visit to New York he stated that he hates “the idea of a white piece of paper,” where there are no constraints. The site, located at the intersection where Park Row and Theatre Alley meet Beekman Street, was previously occupied by J&R Music and Computer World. The 25-story building with 31 apartments, currently being developed by Urban Muse, offers sweeping views of City Hall Park to the north, which makes it particularly desirable. Rogers’ objective in constructing the design of One Beekman was to make the view available to the most possible residents. His firm, Rogers Stirk Harbour + Partners, created a design which shifts the building’s circulation core to the south, giving all apartments views of the park facing north. With this design, residents in One Beekman will not be able to see 25 Park Row from their window, a new condo designed by CookFox Architects that is being developed next door.

Half of One Beekman’s apartments will feature sliding doors leading to outdoor terraces offering views of the park. All apartments will have oak plank flooring, Miele appliances in the kitchen, custom white oak cabinets, and Tundra Grey marble, along with matching Montclair Danby marble in the powder rooms and master bathrooms. Along with the residential space, the building will feature retail space and office space located on the first two floors and the third and fourth floors, respectively. One Beekman’s amenities will be located on the fifth floor, and include a yoga studio, a gym, a common outdoor space, and an entertaining space. Real estate firm Compass, which is in control of the building’s sales and marketing, is going to begin sales later in May. One-bedroom apartments will have prices starting at $2 million, and the highest-priced apartment is the four-bedroom penthouse, at an estimated $14 million. Leonard Steinberg, the president of Compass, stated that the building is highly coveted, as “having protected open park views in every apartment is such as unique element.”