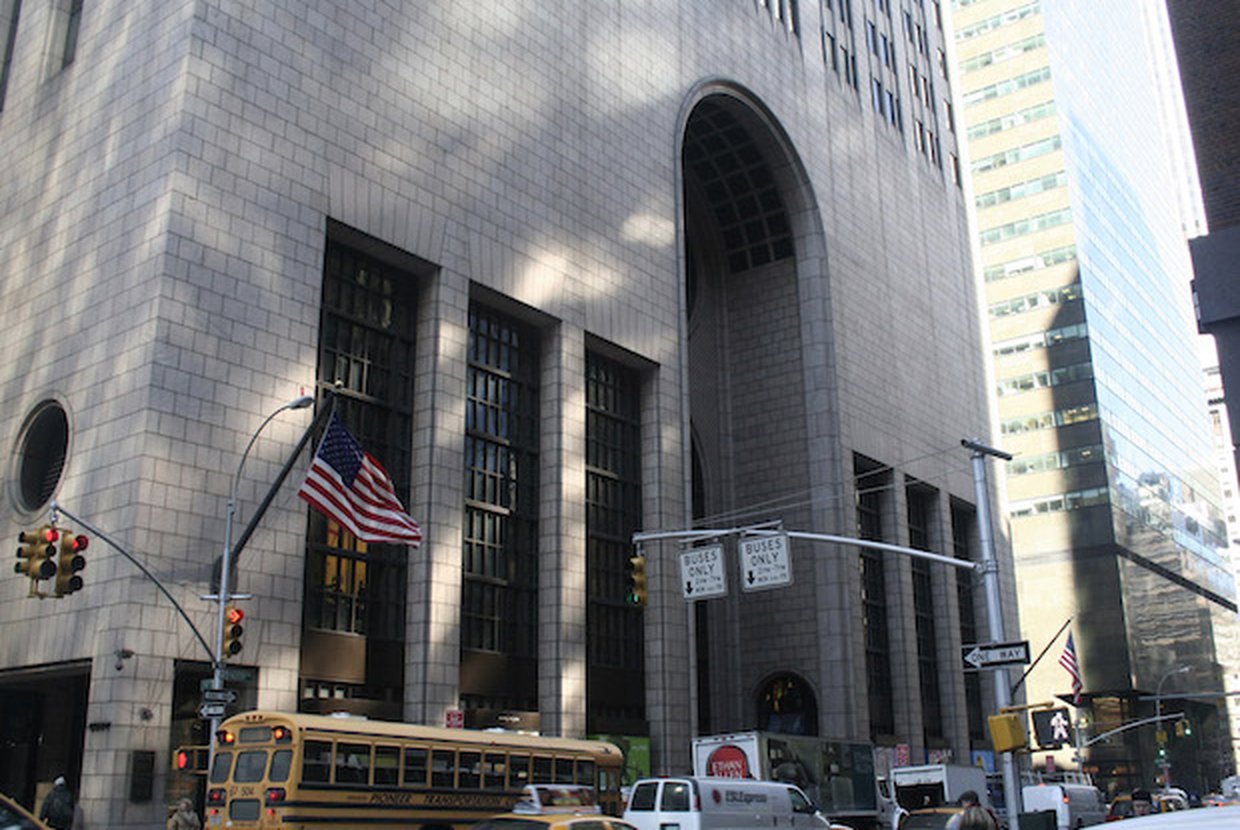 550 Madison has been called one of the most impressive and iconic skyscrapers in NYC. The building jets 37 stories above the busy streets of Manhattan and was initially used as the headquarters for AT&T and Sony. Designed by renowned architect Philip Johnson, features like the dramatic arched entrances and decorative ornamental top paved the way for New York City high rises designed to be functional and efficient while also being visually appealing. Now, almost 35 years after its completion, the Land Preservation Commission is considering classifying 550 Madison as a New York City landmark.

In the 90’s, the lobby of 550 Madison underwent some major renovations. And while the changes may have improved the look and feel of this common area, it also gave the LPC reason to decline to landmark the lobby. The New York Times spoke to Thomas Collins, a preservationist who asked the commission to consider landmark status for the lobby, who explained why he believes the LPC  made the wrong decision.

“The lobby is quite refined,” Collins said, quoted by the news source. “It’s a beautiful interior, clad in the same granite that covers the exterior. It’s replete with historical motifs and sources that Johnson had mined throughout history. The same themes he was exploring on the exterior are magnified on the interior. The two are really inseparable.”

Once the owners realized the lobby would not be landmarked, they demolished it. Many architectural leaders feel that the demolition of the post-modern lobby was a mistake, and are hopeful that moving forward, the historical significance and design features of the building will be carefully considered before any further changes are made.

There was talk about redesigning the lobby, replacing the stone base of the building with an elegant glass curtain. It was also going to include a public garden space, similar to Johnson's original design concept. While the lobby redesign has been put on hold, the LPC is still considering landmarking the exterior of the building. Recently, the LPC listened to two hours of testimony from architects, historians and others in favor of officially making 550 Madison a city landmark. If the LCP confirms the building as a landmark, designers will begin to make plans for the revamping of the structure. Not much can be planned or started until the limitations that go along with the landmarking process are defined. Experts like The Practice for Architecture and Urbanism’s Vishaan Chakrabarti agree that although the details of what can be done to improve the building are still up for discussion, that it should be designed in a way that allows for some degree of change.

Some argue that the building needs to be expanded to serve more people as an office space. It’s original design as the AT&T headquarters was created to accommodate around 800 people, and a specific restructuring plan would allow it to accommodate approximately 3000. The upgrades to the building would also focus on the central public space at the foot of the building, a spot that never truly reached its full potential.

Things are at a standstill right now as the LCP finalizes their decision regarding the landmarking. If the well-known building, standing tall amongst some of NYC’s other famous icons, does become a city landmark one thing is for sure; the restructuring will combine the structure's historic character and charm with modern design elements and be the start of a brand new chapter in New York’s history books