Iconic McGraw-Hill Building May be Converted into Luxury Rentals 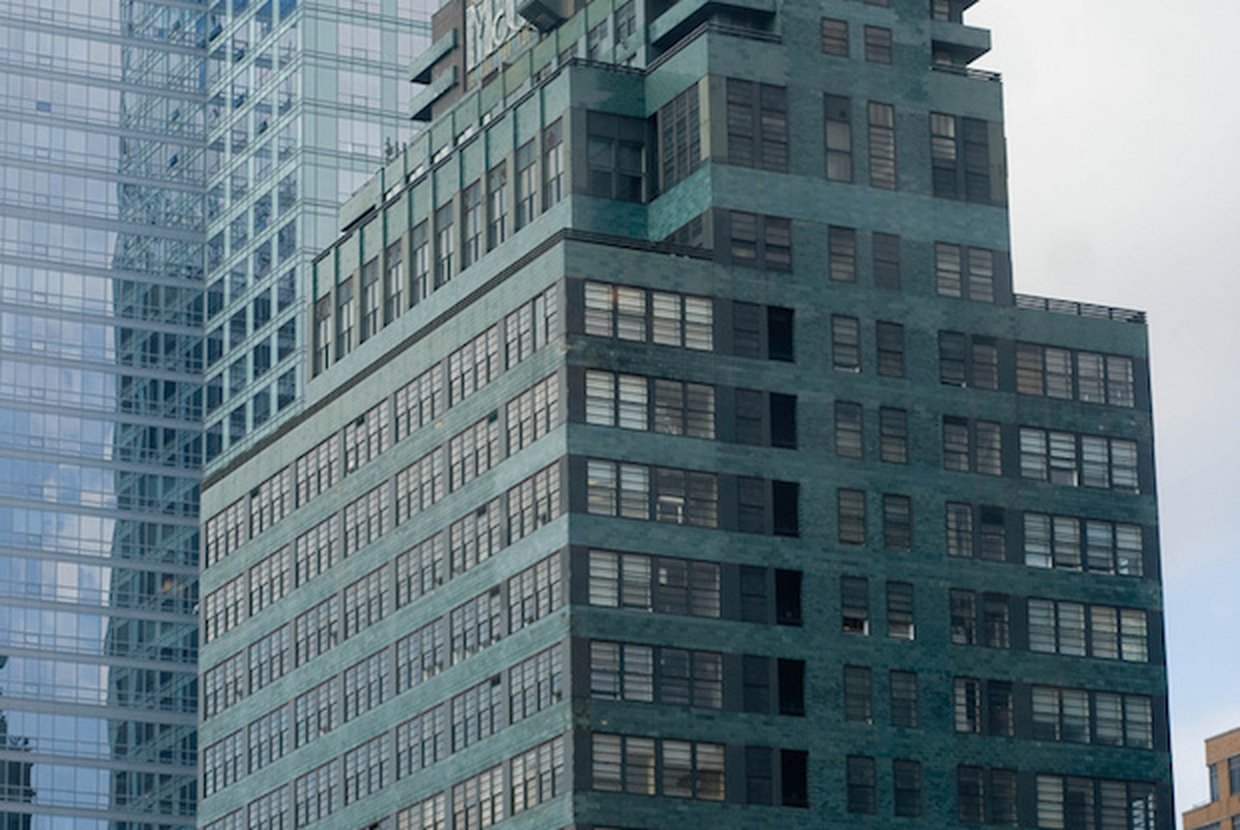 The top eighteen floors of the iconic McGraw-Hill building are set to receive a major makeover to convert them into luxury NYC rentals.

The 520,000 square feet that make up floors 16 to 34 are currently occupied by a labor union, Service Employees International Union, but when their lease runs out in 2020, the owners, Deco Towers Associates, are not going to renew it. Instead, they hope to get approval from the city’s Department of Buildings for their proposed adaptive reuse plan by fall of next year so they can begin work on the conversions in January 2020. The exact details of the proposal, which is being handled by the commercial real estate advisory firm and brokerage Newmark Knight Frank, have not been revealed and Deco Towers Associates have not commented about the project, as yet.

The McGraw-Hill building, which sits partly above the Port Authority Bus Terminal, is located at 330 West 42nd Street between 8th and 9th Avenues in Midtown West. The building was commissioned in the 1930s by the publishing giants James Hill and James McGraw. The rapidly growing publishing company had outgrown their original building on Tenth Avenue.

It was designed by the Art Deco architect Raymond M Hood who was responsible for the look of some of the most iconic buildings in the U.S. Standing 485 feet high, the exterior of the steel-frame building was clad with terra-cotta ceramic tiles set between horizontally orientated metal-framed windows in green trimmed with vermillion. The tiles start out green on the lower floors and change from shades of blue-green to sky blue on the upper levels and it was considered by some to be the most beautiful building in NYC. Others did not agree. Arthur North, the architectural critic claimed that it showed a “disregard for every accepted principle of architectural designing in the most flagrant manner”. The building was not only beautiful, however, it also employed modern construction techniques to reinforce the lower floors to bear the huge weight of all the printing equipment and a futuristic open plan design around central elevators.

Deco Towers Associates purchased the building in 1979 from Group Health Inc after the building had been left nearly empty for close to a decade. Since 2012 they have invested over $30 million in renovation projects including a $20 million restoration of the façade and entrances which will remain unchanged in the future development.

The building has had some interesting tenants. The 10th floor was once the home of Timely Comics and was the birthplace of the comic book character Captain America. Fans could actually write to the captain at the building’s address. Timely later became Marvel Comics, and Stanley Lieber, an office assistant, became the famous comic giant Stan Lee. Another notable tenant was a large cantilevered sculpture, named Boomerang, by artist Owen Morrel, which was attached to the south side of the 32nd floor in 1981. The Landmarks Preservation Commission had given permission for the installation to the owner at that time, Jeffrey Gural of Newmark & Company Real Estate, but Deco Towers had it removed in 1998, stating that it was not in keeping with the façade.

The building became a national historic landmark in 1989. It bridges the Art Deco, Moderne, and International Styles and is certainly one of the most influential skyscrapers ever built. While details of what the new Art Deco-style homes inside will look like have yet to be revealed, one thing is certain - the New Yorkers who rent these apartments will be living in a true piece of NYC history.