Exploring One Blue Slip, One of Greenpoint's Pricest Residential Towers 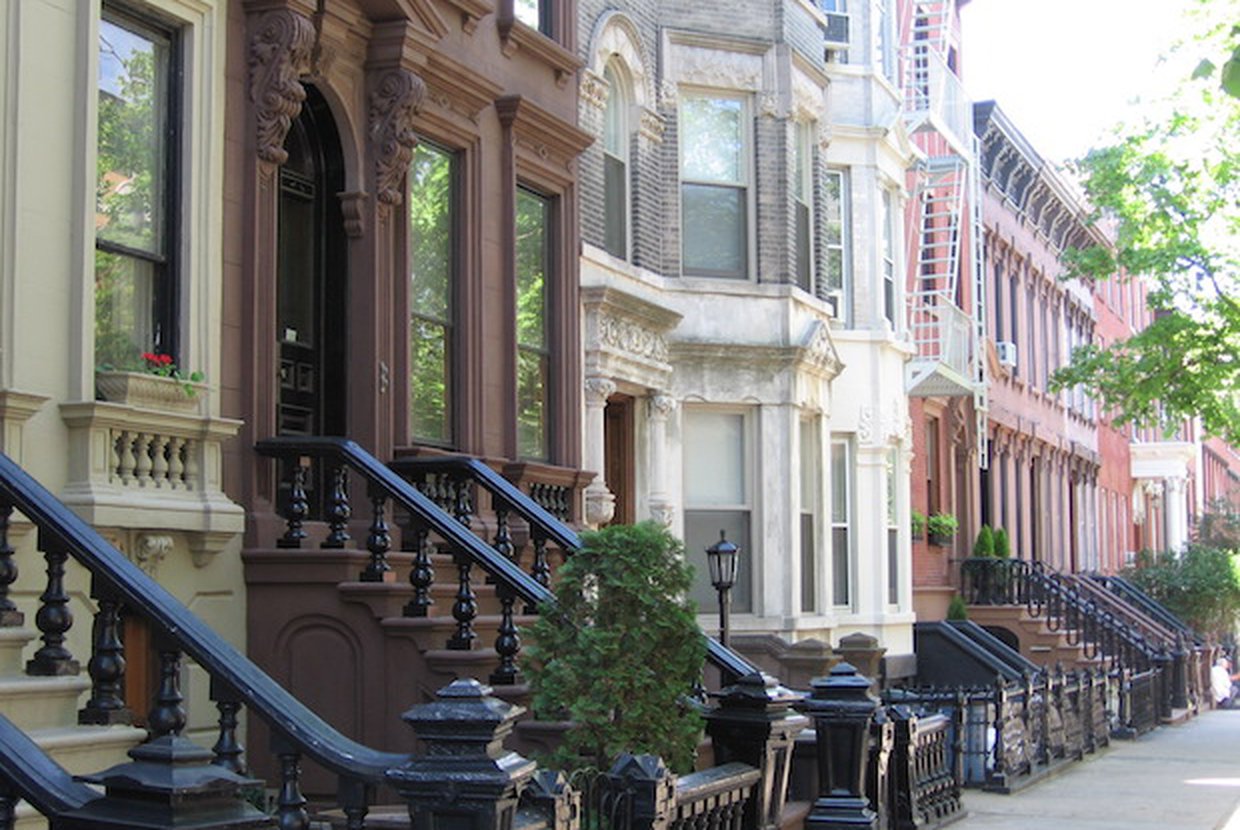 Since the 2005 rezoning of Williamsburg and Greenpoint, these eclectic Brooklyn neighborhoods have seen consistent growth and a host of new gorgeous residential buildings. Greenpoint, in particular, has many new towers that are either under construction or have recently launched leasing for the apartments inside thanks to the Greenpoint Landing megaproject, developed by the Park Tower Group. One of the megaproject’s towers, One Blue Slip, recently entered the market, launching leasing on its 359 rentals last month.

One Blue Slip is a 30-story high-rise with rents starting at $2,600 per month. This is an exclusively market-rate tower in the Greenpoint Landing megaproject, which will eventually consist of many affordable housing apartments as well. One Blue Slip, which developers billed as “leading the new luxury rental building wave” in the Greenpoint area, will feature apartments with high ceilings and various upscale appliances. Many of the apartments boast sweeping views of the city and overlook the surrounding neighborhood.

The building’s interiors were designed by Gachot Studios, a collaborative design studio known for designing hotels and the Sterling Mason condos in Tribeca. One Blue Slip’s facade was crafted by Handel Architects and features a brick exterior and casement-style windows reflective of the neighborhood’s industrial past, according to The Real Deal. The building features various luxury amenities, including a pet grooming station, yoga room, fitness center, terrace, and a co-working space.

One Blue Slip’s apartments range on the pricier side for the neighborhood, and are currently among the most expensive residences on the market in Greenpoint. Studios are starting at $2,600 per month, one-bedrooms at $3,225 per month, two-bedrooms at $6,015 per month, and three-bedrooms at $7,950 per month. Residents at One Blue Slip and the other towers in the Greenpoint Landing megaproject will have access to a park overlooking the waterfront, designed by James Corner Field Operations (which also designed the High Line). The park is part of Greenpoint’s new waterfront esplanade, a requirement of the 2005 rezoning plan by Mayor Bloomberg. The esplanade will eventually span four acres and will include a walkway to the ferry and a 4,000 square foot playground. Additionally, One Blue Slip's two towers will soon be joined by other high-rises set to rise in the area, such as a 40-story building designed by Skidmore, Owings & Merrill and multiple towers developed by Halcyon Management.

To learn more about the other gorgeous luxury buildings that have risen in Greenpoint, visit the Elegran sales page or Elegran rentals page.