New York City is filled with beautiful neighborhoods that boast tree-lined streets, exciting shopping and dining options, and stunning apartments. In fact, there are so many amazing neighborhoods in this city it can sometimes be difficult to set them apart. This is why we set out to determine which of NYC’s most coveted areas deserves the title of “Most Desirable Place to Live.”

To determine which neighborhood is the most desirable in NYC, we assigned each area a score based on the following criteria:

We chose these criteria because we wanted to determine which neighborhoods not only contain the widest selection of luxury buildings per acre that offer one of NYC residents’ most coveted amenities (a doorman), but also which have the most transportation options, green spaces, and high-end dining options. We scored the neighborhoods on a scale of 1-10, and we weighed each of our criteria the same (0.15 for each category) except for the number of trees per acre, which were given a slightly higher weight (0.25) since close proximity to parks and tree-lined streets can instantly boost the appeal of any NYC neighborhood.

Here are our 15 most desirable neighborhoods in NYC:

1) West Village – 10.0
The West Village earned the top spot on our list thanks to its wide selection of doorman rental and sale buildings, ample green spaces, and several high-end restaurants including Babbo, Blue Hill, and Sushi Zo, all of which have earned one Michelin star. The West Village is the picture-perfect NYC neighborhood, filled with red brick townhouses, cobblestone streets, and tucked-away boutique shops and cafes. 2) Flatiron/Gramercy – 9.7
Coming in at a close second was the Flatiron/Gramercy area, which offers a great deal of the same charm and sophistication of the West Village but with a more centralized location and highly exclusive homes. Access to Gramercy Park is often considered the ultimate NYC amenity, but if you can’t get one of those rare Gramercy Park keys, nearby Madison Square Park also offers beautiful greenery. When you live here, you’re just steps from Union Square and a short ride to Midtown, so getting around the city is fast and easy. 3) The Upper West Side – 8.4
In third place was an area that is often considered the quintessential NYC neighborhood - The Upper West Side. Made famous thanks to its appearances in everything from Seinfeld and You’ve Got Mail to West Side Story and Rosemary’s Baby, this neighborhood is flanked by Central Park and Riverside Park, offering ample public outdoor space as well as a massive variety of rental and sales buildings that feature doormen as well as other high-end amenities. 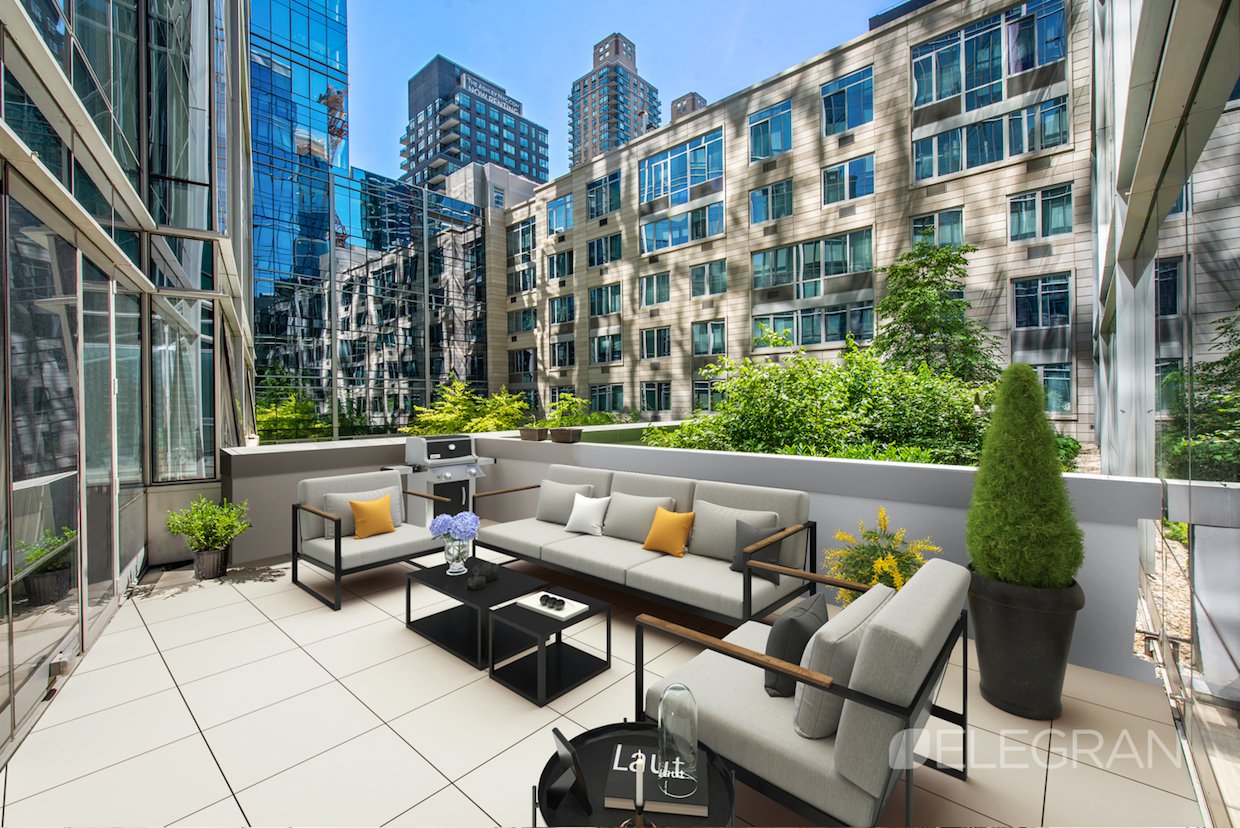 4) Park Slope – 8.2
Taking the fourth spot on our list is the Brooklyn neighborhood of Park Slope. A longtime favorite for families looking for quiet streets lined with brick townhouses and quaint cafes and shops. Along with this, Park Slope is also home to multiple high-end eateries, artists venues, and Prospect Park, a sprawling, gorgeous green space that rivals some of the best parks in Manhattan. 5) Brooklyn Heights – 8.1
Rounding out our top five is Brooklyn Heights, a neighborhood known for its stunning collection of classic homes and the incredible views of Manhattan that can be seen from the Brooklyn Bridge Promenade. Brooklyn Heights is one of the most expensive neighborhoods in NYC, but what you’re paying for is gorgeous homes, stunning waterfront views, and ample transportation options to get you into Manhattan in no time. Here are the other 10 NYC neighborhoods that make up our top 15, along with some gorgeous available homes in these areas: