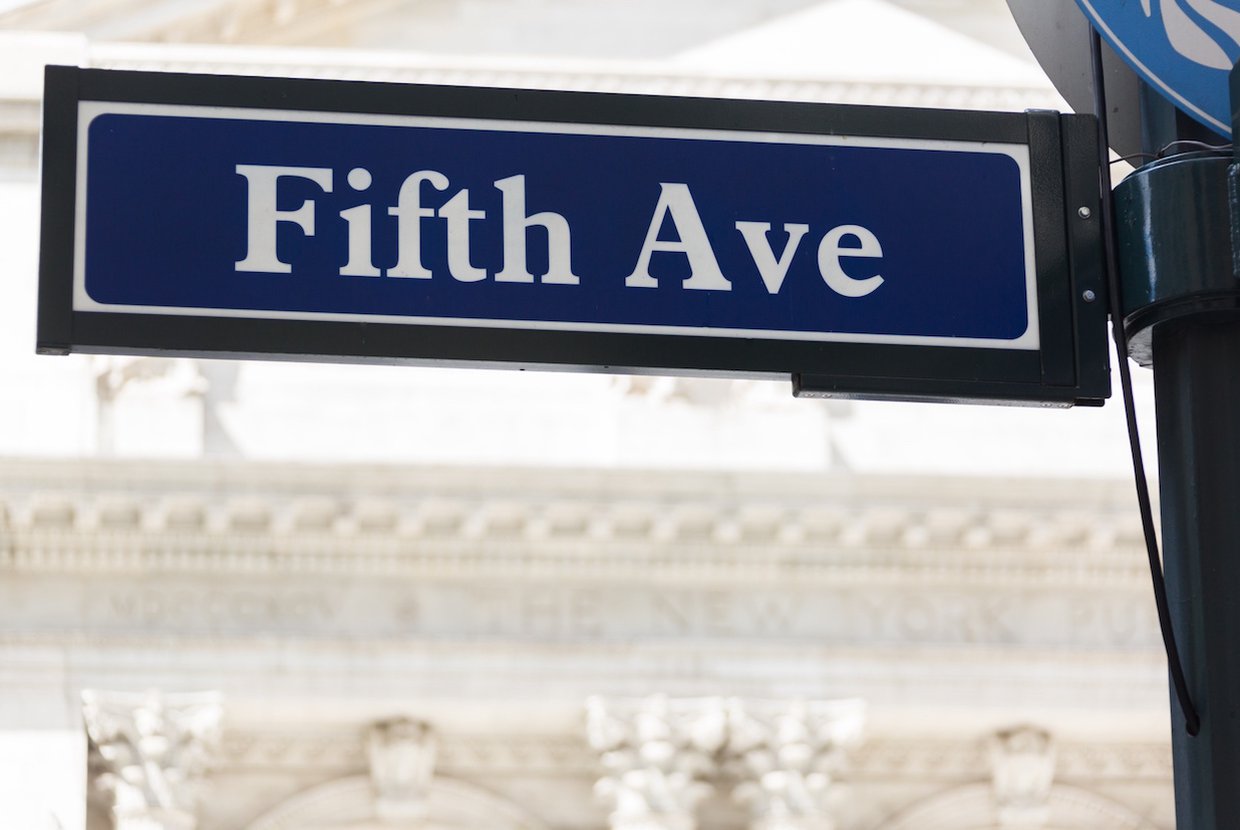 The latest market reports saw Manhattan's famed Fifth Avenue slip into the number two spot in the list of the costliest retail corridors worldwide, but the area still remains a high-end shopping powerhouse.

The Main Streets Around the World Report, by Cushman & Wakefield, compares the average rental prices of 446 retail streets in 65 different countries worldwide. Last year, the stretch from 49th Street to 60th Street on 5th Avenue held the top spot. This famous shopping area is home to big-name fashion labels like Cartier, Chanel, Christian Dior, Dolce & Gabbana, Georgio Armani, Gucci, Saks Fifth Avenue, Tommy Hilfiger and many more. Space in this Manhattan commercial zone currently rents for $2250 square foot per year, and it is the only American retail corridor to make it into the top ten.

However, it is the main street shops of the Causeway Bay in Hong Kong that are currently the most expensive, with yearly rentals of $2671-per square foot. Unlike Manhattan, where individual businesses occupy entire commercial spaces, on Causeway Bay giant malls are the norm. The sixteen floor Times Square Hong Kong houses 230 shops including designer labels like Vivienne Westwood and Paul Smith, while the SOGO department store offers nineteen floors of shops which include GUCCI and Prada.

London’s New Bond Street took third place with yearly square foot rentals priced at $1,744 and the UK tops the European contenders. The Avenue des Champs Elysees, in Paris, took the fourth spot, and Milan’s Via Montenapoleone came in fifth. The final five on the list, are Ginza in Tokyo, Japan, Pitt Street Mall in Sydney, Australia, Myeongdong in Seoul, South Korea, Bahnhofstrasse in Zurich, Switzerland, and finally, Kohlmarkt in Vienna, Austria, with an annual price per square foot of $515.

Meanwhile, moving away from the commercial side of things and over to the NYC residential market, the New York City Multifamily Research Market Report recently revealed that during the third quarter, 750 fewer multifamily constructions have been completed, as compared to the same period in 2017. The total number of units completed during this period was 4,490, and nearly half of these were located in Lower Manhattan. Despite the decrease in construction figures, the average Manhattan monthly rent showed an increase of 3.2 percent to $3,635 a month. While in Midtown South, rents saw the biggest increase, of 4.5 percent, to an average of $4,178 a month. The sales volume of multifamily units in Manhattan dropped 24 percent compared to 2017, and the average price per square foot fell by one-percent over the same period. While the gross rent multiplier dropped by an average of 7 percent since last year. In sales of buildings with a price in excess of $25 million, the average price per unit saw a 34 percent reduction to $789,365 compared to last years figures. The average price per square foot during this time period fell 12 percent to $782, and there was an overall 6 percent drop in sales volume.