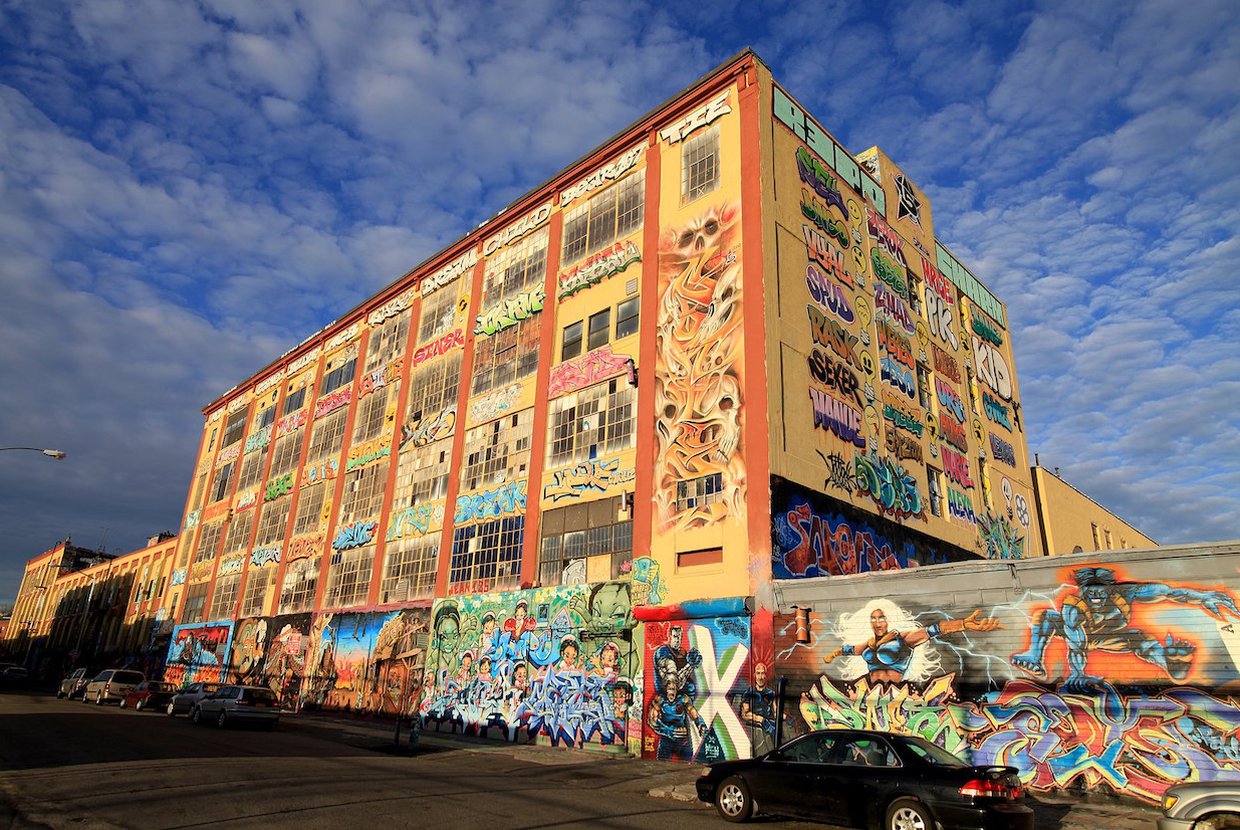 Apartments in the controversial buildings on the site of the old 5Pointz graffiti mecca in Long Island City are set to go on the market next year.

It has been a complicated journey for the developers G&M Realty who secured a $1 billion loan from Singer & Bassuk Org for the project, but, finally, the two residential towers located at 22-44 Jackson Avenue are nearing completion. The installation of the façade of the 498-foot tall tower is just about completed and the 440-foot tower is almost there too. The 5Pointz Towers were designed by architects HTO and the project extends over a complete city block between Crane Street and Davis Street. The towers, which stand 41 and 48 stories high, will house a total of 1,115 rental units with an average apartment size of 876-square feet, and 223 of the homes will be affordable. There will also be 20 artists’ studios, commercial locations covering 50,000-square feet, a gym, and pool measuring more than 10,000-square feet, and parking spaces for 250 cars.

While the new apartments are a welcome addition to the Long Island City residential market, the development has been met with opposition and litigations. The towers are located on the site of the iconic warehouse where owners Jerry and David Wolkoff had allowed 5Pointz founder Jonathan Cohen and various street artists to paint the outside of the building for more than twelve years. However, in 2013, after receiving approval from the city council to demolish the building to make way for the development, a nighttime whitewashing venture by the owners obliterated the 49 graffiti murals which covered over 200,000 square feet. The artists and the community, who had been trying to declare the building a culturally significant structure, were outraged. As was a Brooklyn judge who declared the repainting illegal and the 21 artists won a $6.7-million compensation, which Wolkoff is appealing, for the violation of their rights under the Visual Artists Rights Act.

The interiors of the new buildings are by Mojo Stumer Associates, and to pay a token tribute to the site’s history, a graffiti-style logo has been installed behind the front desk and there are other similar works in the communal areas. Meanwhile, twenty of the original 5Pointz artists, from seven different countries and aged between 25 and 65 have been selected to create a ‘Museum of Street Art’. The 5,00-square-feet space located in the 21-story stairwell of the citizenM hotel in Manhattan is a tribute to Lower East Side residents, both former and current, and has been called “A Vertical Love Letter to the Bowery.” The museum is open daily from 10 am to 4 pm and entry is free.