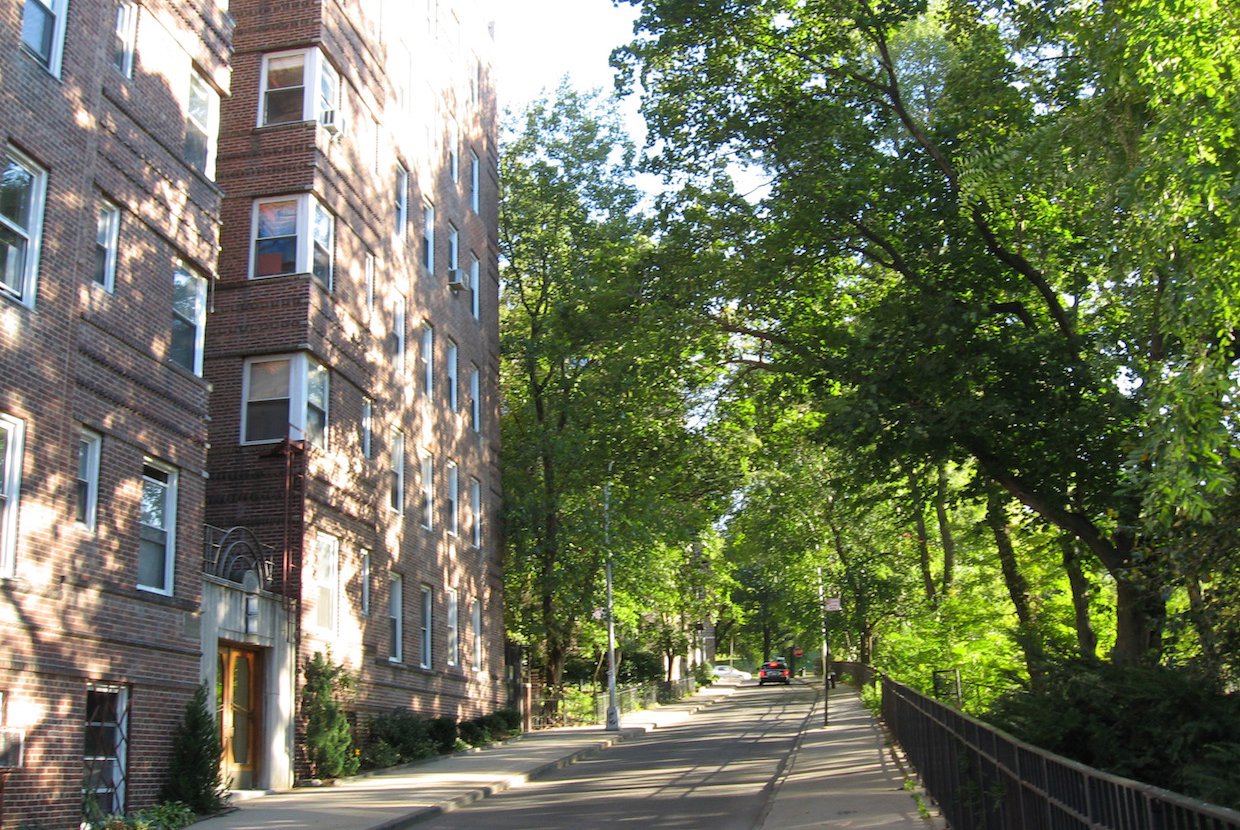 NYC has a new The 144th Historic District. The Landmarks Preservation Commission (LPC), has just rezoned northern Manhattan's Inwood neighborhood to create the city’s newest historic district. The Park Terrace West-West 217th Historic District is comprised of fifteen, two-story, detached or semi-detached houses which were built in the early 20th century. Sarah Carroll, the LPC Chair, stated that “This district has a unique history in the development of Inwood and a very special character that is reflected in its picturesque houses and landscaped topography.”

The buildings were designed by the architects Louis Kurtz, Moore and Landsiedel, A.H. Zacharius, Benjamin F.V. Dreisler, and C.G. de Neergaard. They were constructed between 1920 and 1935, which is much later than the majority of homes in this area of Manhattan. These particular historic homes were built on farms and large estate properties which had remained undeveloped up until this time.

Most of the buildings are extremely well preserved and feature many of the original details and materials. Many are in the Arts and Crafts style, including the Cotswold Cottage, Colonial Revival and Tudor Revival styles. Although the six architects chose to employ different styles, which the LPC describes as “eclectic revival styles”, the houses all bear a similarity and are unified in their modest scale and the use of landscaped gardens. The area has a suburban feel, quite unlike anywhere else in the city, with the mostly free-standing houses set back behind the lot lines and having both front and rear gardens lavishly landscaped, which in the words of the LPC, “accentuate the area’s topography”. Some of the houses have separate garages, while others have the garage in the basement.

Gale A. Brewer, the Manhattan Borough President described the homes as forming “a matched set in a style rarely seen in the rest of the borough”, and added that “Historic districts are one of our best tools to preserve the heritage of neighborhoods built decades or even centuries ago, and the Park Terrace West – West 217th Street Historic District is a great example of that”. She also praised the tenacity of the Inwood residents who had campaigned for nearly ten years to have the area designated as a historic district. David Thom of the Park Terrace North Block Association said “These much-loved buildings are an intrinsic part of the neighborhood’s unique character in spring, summer, winter, and fall. We are grateful for this designation and hope that expansion and additional districts will be possible in the near future.”