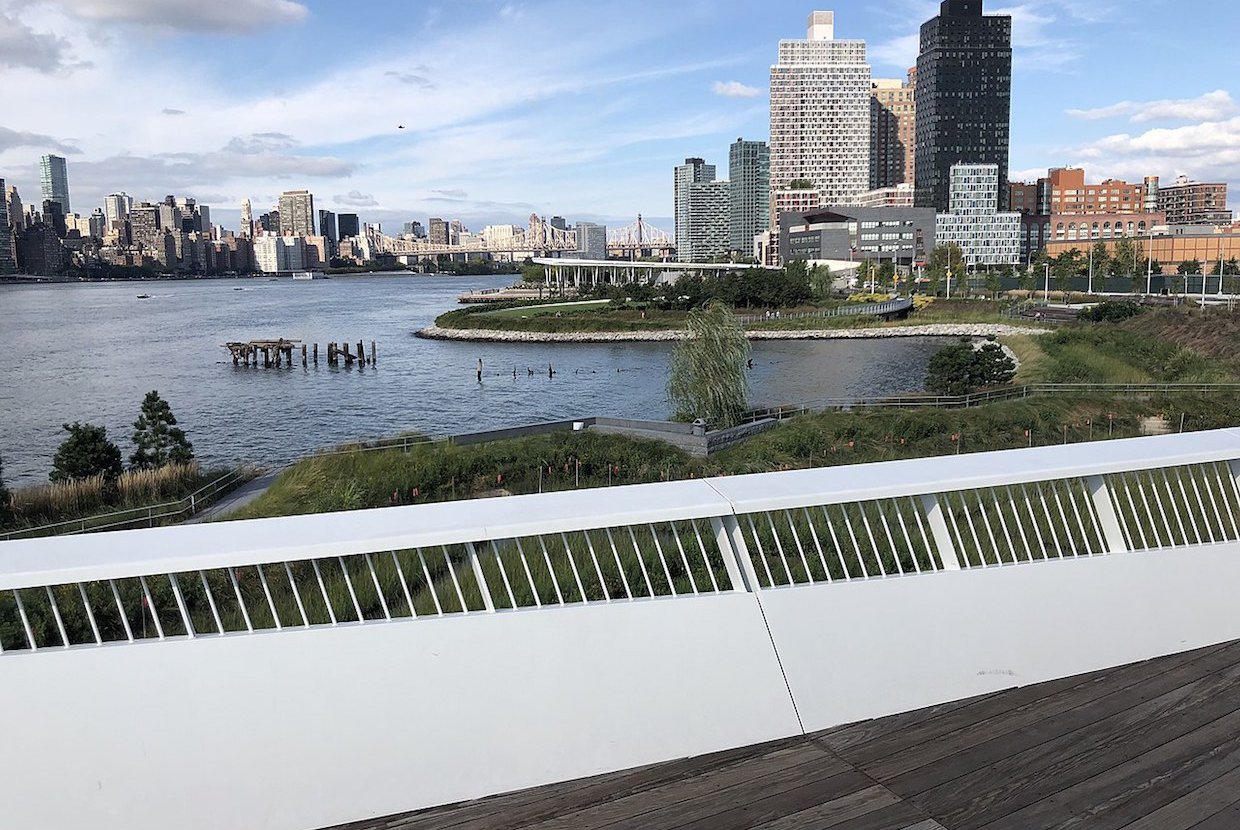 Plans for the long-awaited Hunter’s Point South development are finally beginning to come to fruition after several years of delays. The megaproject, designed by Handel Architects, has just entered its second phase of development, involving two towers that will rise 57 and 33 stories high. The plans were recently filed with the Department of Buildings, and if carried through, the project will be situated at 57th Avenue and 2nd Street in Long Island City.

The Hunter’s Point South towers will have a total of 1,120 apartments combined, 900 of which will be permanently affordable. The plans include numerous other features for the megaproject, such as retail space, a boathouse, senior apartments, and a community facility. In 2017, Gotham and RiseBoro Community Partnership Inc. were chosen by the city's Department of Housing Preservation and Development to be the developers of the project’s next phase.

Although plans for the Hunter’s Point South megaproject were developed years ago, the towers were not the first project planned for the 30-acre site. A development called Queens West South was proposed for the area over a decade ago, involving a middle-income housing complex to be constructed on the site, with rents set at 30 percent of each residents’ income. The plan involved building up to 5000 apartments, 60 percent of which would be home to only middle-income families,. Most of the residences were planned to be rentals managed by a developer-run non-profit. Unlike the Hunters Point South towers, Queens West would involve multiple low rise buildings measuring around 4 -to-7 stories tall, as well as six taller buildings closer to the Queens waterfront that would span from 28-to-40 stories tall. The proposal for the project also involved reserving 10 acres of space for a park, plans for a 150,000 square-foot school for grades 6 through 12, and parking for 2000 vehicles, among other features. Queens West was estimated to cost an estimated $300 million and included the construction costs of a long-anticipated library in the area.

Although Queens West was never constructed on the site it was planned for, Long Island City still received the middle-income housing that had been proposed. The project was developed by Related Companies, Phipps Houses and Monadnock Construction.