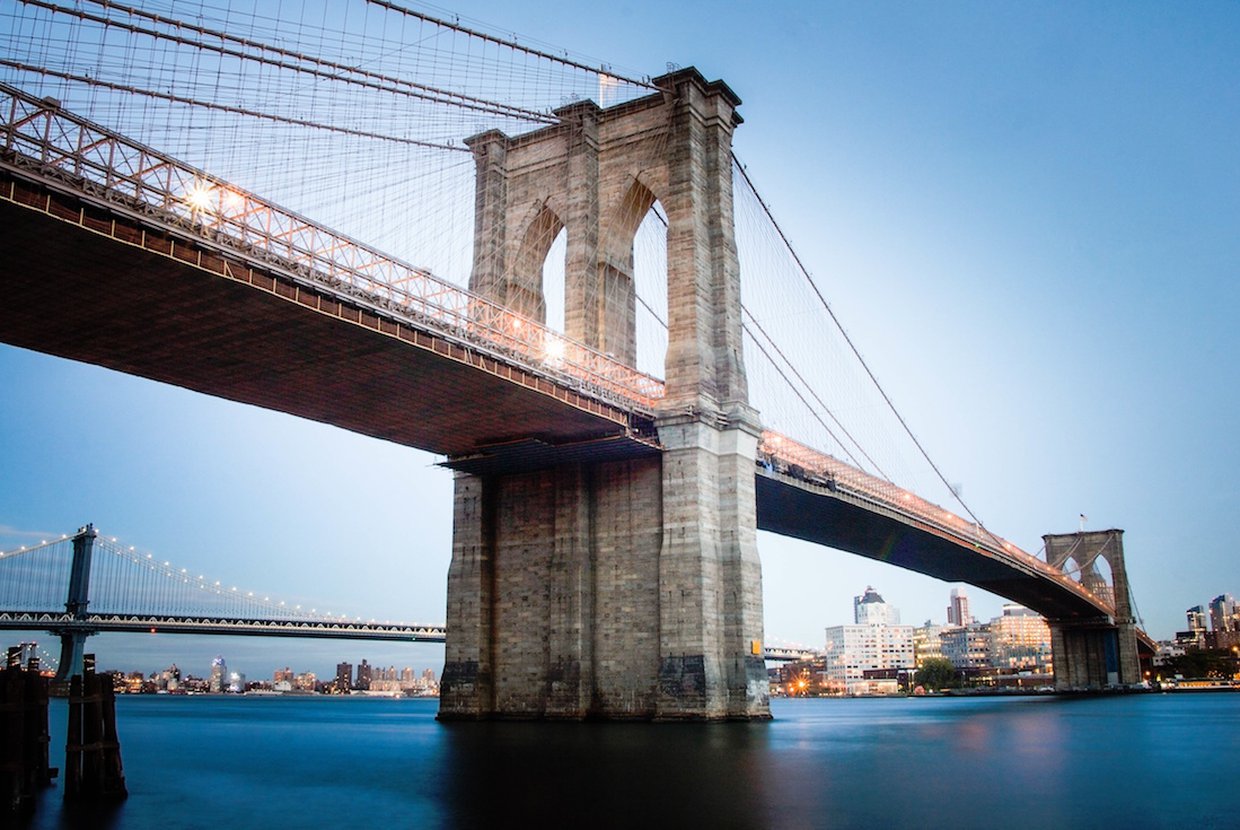 The most recent BQE renovation proposal could create over 10 more acres of parkland for Brooklyn Heights.

The so-called Brooklyn Queens Park project, also known as the BQP, has been proposed by the architecture firm Bjarke Ingels Group (BIG). They wish to create an urban opportunity out of the BQE’s aging infrastructure, and new green areas are at the heart of their proposal. The Brooklyn- based firm says that they are “inspired by the opportunity to work in our own backyard.” The integrated proposal which will create a “condition more reminiscent of Brooklyn Heights historical conditions” will reunite the community with its waterfront while providing an expressway capable of accommodating a significant vehicle flow.

The iconic Brooklyn Queens Expressway was built in the 1950s by Robert Moses and now carries over 150,000 vehicles, 25,000 of which are trucks, every day. However, a 1.5-mile section of the interstate highway, from Atlantic Avenue to Sands Street, is in severe disrepair and must be rebuilt or replaced within the next few years. If a solution is not found, weight restrictions and truck rerouting will be introduced by 2026 and the road would be completely closed by 2036.

The challenging road renovation project has been dubbed by the city’s Department of Transportation (DoT) commissioner as “the most challenging project not only in New York City but arguably in the United States.” To further complicate the issue, the 1,825-foot Brooklyn Heights promenade sits above the triple-cantilever section of the BQE and is structurally attached to the roadway.

A wide variety of proposals have been put forward, including a temporary parallel bypass, lane-by-lane reconstruction, a tunnel, a truck-only highway with a linear park on top, and even eliminating the road entirely. Most, including the DoT’s own plan, have been met with vehement opposition by residents as they involve closing or even removing the esplanade which has become like a communal backyard for local residents. The current DoT’s proposal calls for a temporary roadway to be constructed where the promenade now runs. The project would cost an estimated $3.6 billion and would cause disruption to the esplanade throughout six years, although when finished it would be rebuilt 35 feet wider.

The BQP project by BIG, however, hopes to win public approval with its integrated proposal to build a new six-lane ground-level highway capped by a public park that would add more than 10 acres to the Brooklyn Bridge Park. Hillary Jager of A Better Way, the Brooklyn Heights Association and advocacy group, stated that “this plan flips the problem around. It sees the decay of urban infrastructure as an opportunity to invest taxpayers’ dollars on something permanent for all New Yorkers.” And BIG associate Jeremey Siegal told The New York Daily News that “the idea is to build the highway once, not twice. We can build it while the actual BQE is still operating.”

The new road would be constructed on the land currently used for parking for the Brooklyn Bridge Park and its sound-reducing berms on the site of the existing Furman street, which would be relocated on top of the deck covering the new road. The triple cantilever section would eventually either become a multi-level green park or turned into car parking, housing, or commercial locations.

A meeting in the town hall last week reviewed all of the proposals which will pass through an environmental review later in the year. This process could take up to two years before a decision is made, but whichever proposal is finally chosen, this could be a great time to invest in property in the Brooklyn Heights area.