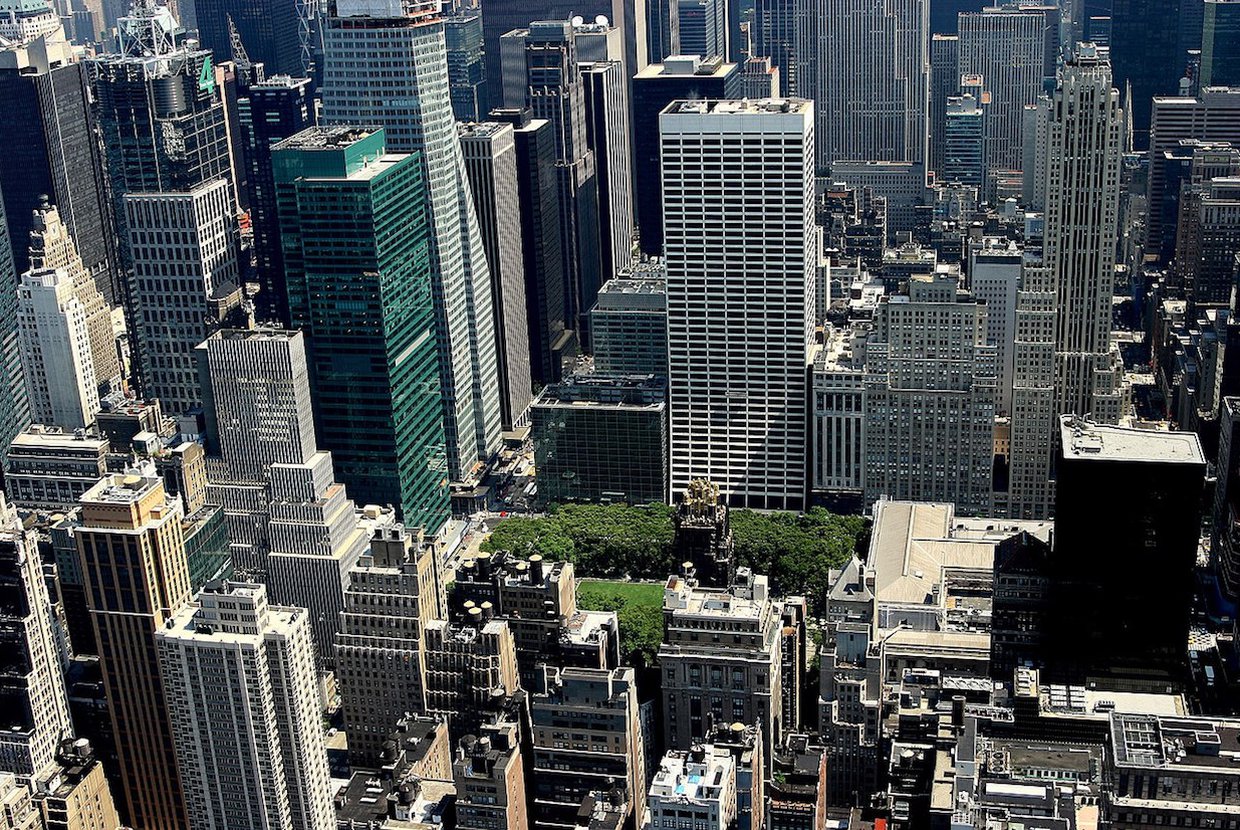 A quiet, elevated oasis situated in the heart of Midtown, Tudor City has a combination of qualities that sets it apart from other neighborhoods in NYC. With shaded parks and a wide variety of beautiful, historic buildings, this unique neighborhood has the best of both worlds: a peaceful and calm place to live, and a quick commute to work.

Tudor City, which spans six blocks in Midtown East, was originally a “country estate” for NYC’s elite, home to families such as The Winthrops and The Kip Family. But from the time of the Civil War to the late nineteenth century, the area was considered a slum. It was first known as “goat hill”, named after the goats and squatters inhabiting the neighborhood, and later referred to as “Dutch Hill” and “Corcoran’s Roost”, named after thieves and other criminals which frequented the area, particularly the infamous “Rag Gang” led by Jimmy Corcoran. At the turn of the century and at the height of the Industrial Revolution, Corcoran died and the criminals began to leave the area. This sparked ideas of gentrifying the area and turning it into a middle-class haven in the heart of Manhattan.

Real estate developer Fred F. French created the blueprints for Tudor City in 1921, and construction for the neighborhood officially began in 1932. Developers elevated the neighborhood to separate it from Midtown, and apartments faced the newly created parks and courtyards. To contrast the uniform, towering skyscrapers in Midtown, buildings were designed in Tudor style, with architectural details such as ornate entryways, stone crests, and stained-glass windows that give the neighborhood its unique look today. In 1988, Tudor City was named a historic district, emphasizing its importance as an architectural landmark.

Today, Tudor City is mostly home to renters, as many ownership buildings in the neighborhood have liberal sublease policies that are particularly appealing. In buildings like Prospect Tower (a tripartite building at 45 Tudor City Place featuring a brick facade and a trim of sandstone and terra cotta) 60 percent of the residents are renting apartments. Many buildings in the area have similar statistics, while others, such as Woodstock Tower, do not allow subletting.

Many of the apartments in the neighborhood either offer sweeping views of the East River, or may overlook one of the four shaded parks located around the area. Parks feature winding gravel paths lined with benches, shady trees, and blossoming flowers. Residents in the neighborhood can enjoy Tudor City Concerts in the Parks, an annual summer concert series produced by Music and Art for City Greens that offers live (and free) entertainment such as jazz and classical music performances. In terms of transportation, Tudor City is conveniently located a few blocks from Grand Central, which has the 4, 5, 6, 7, and S subways. And along with a variety of small quirky shops in the neighborhood, residents have access to the countless dining and retail options in bustling Midtown, located just a short walk away. More information on apartments in the Tudor City neighborhood and surrounding areas can be found here.