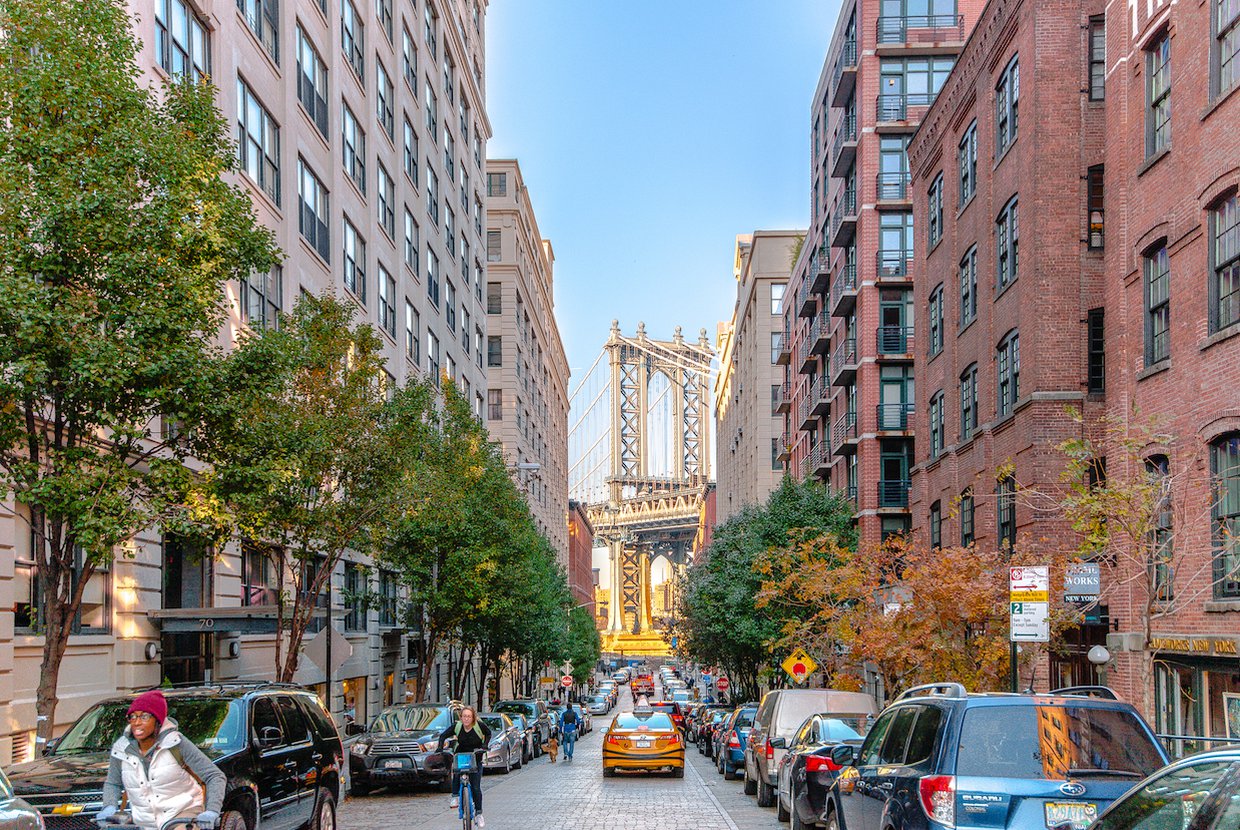 New renderings have just been released for Front & York, a luxury tower in Dumbo that will be constructed on a long-undeveloped site. Named for the two streets where it intersects, the building is CIM Group and LIVWRK’s 1.1 million-square-foot “resort-style destination” that plans on not only bringing plenty of residences with it but also quite the amenity-rich lifestyle. And with a location three blocks from the river and close proximity to endless transportation options, this development will likely be in high demand.

The layout of Front & York includes a 21-story residential and retail complex, and two towers with 728 apartments spread throughout the space. Out of all residences, 408 will be one- to four-bedroom condos, and 320 will be rentals. Prices have not been announced yet, but sales are expected to launch later this year.

The luxury experience of Front & York begins as residents arrive in their cars. After driving through the porte cochère, they can walk directly into the lobby and library lounge. They will then be greeted by a 25,000 square-foot tiered park full of flowers and trees. Designed by Brooklyn Bridge Park’s landscape architecture firm Michael Van Valkenburg Associates, this will be the largest private park in Dumbo when completed. The developers stated that the building will also include private wine rooms, coworking lounges, a chef’s kitchen, private dining room, and “private rooftop pool deck modeled after exclusive membership clubs.”

Front & York is currently being designed by Morris Adjmi, who is incorporating a lot of the architecture from surrounding buildings and the neighborhood into the structure. Adjmi is well-known for his work on various developments, including the Wythe Hotel in Williamsburg and the Theory Building in the Meatpacking District.

On the ground level of Front & York, some much-needed retail will be included. The storefronts are expected to include a design similar to the arches of the Manhattan Bridge. Plans also call for wide, tree-lined sidewalks in front of the complex, which will hopefully help create a plaza-like atmosphere that can integrate residents with the neighborhood.

This luxury tower is located just across the street from the York Street F-train subway station. Residents are also close to the A and C subway lines, as well as the NYC Ferry Service from Fulton Landing. Those interested in renting or buying in this area or in other NYC neighborhoods can check out the Elegran sales page and Elegran rentals page for more information.