The High Line’s Final Section Opens to the Public 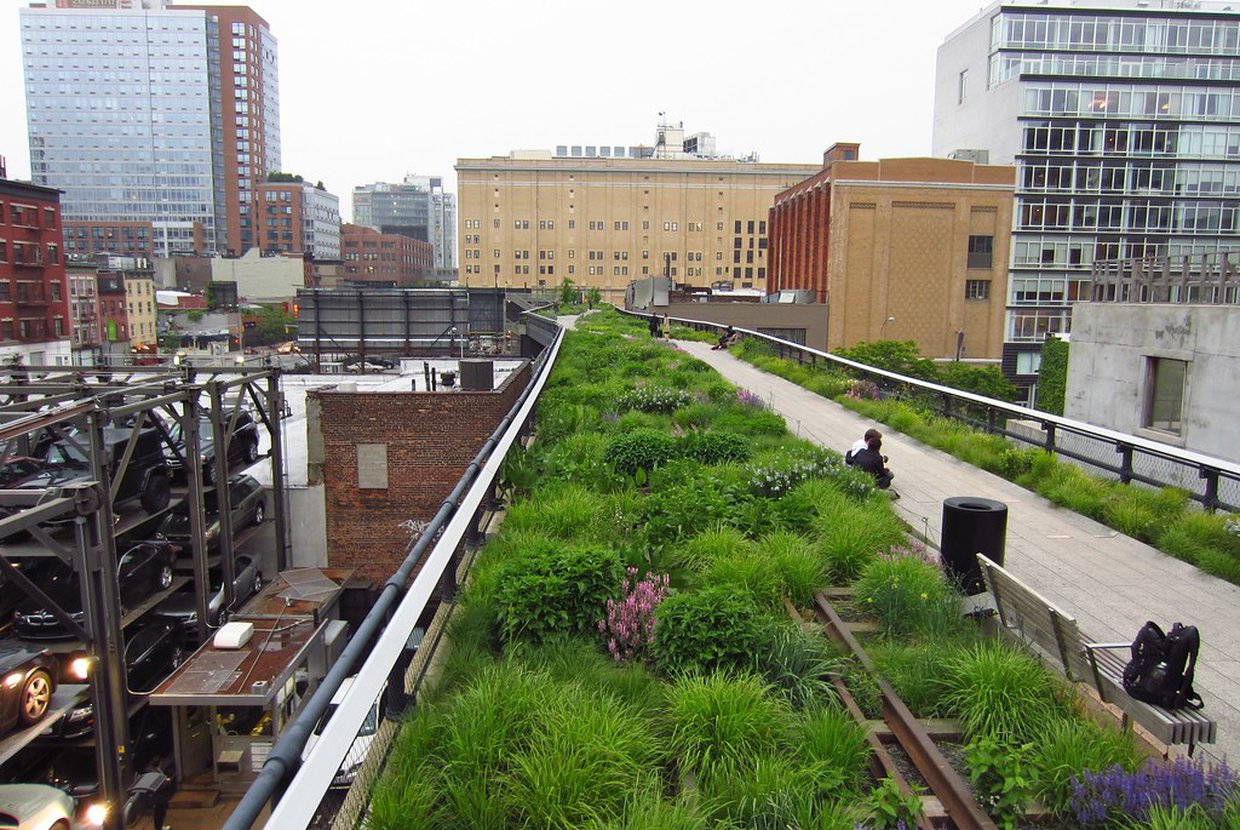 The High Line, NYC’s beautifully designed elevated park stretching from the Lower West Side to 34th Street, made its official debut in 2009. What was originally a disused, viaduct section of the New York Central Railroad line has become a walkable greenway and urban park ecosystem, and is now one of the best places in the city to be on a nice day. The park has continued to expand, opening its second phase to the public in 2011 and its third in 2014.

Almost ten years after the official opening, the High Line Spur, a section that extends above Tenth Avenue and 20th Street, has finally opened to complete the elevated park. The big reveal comes seven years after the Friends of the High Line initially announced the designs for this new segment. The Spur includes a new feature of the park called the High Line Plinth, an area featuring large-scale public art installations on rotation. The 70-foot-high walkways that make up the Spur include planting beds and balconies that look out on West 30th Street and the High Line. Visitors can find the Spur by heading towards the 30th Street entranceway that leads through Hudson Yards Tower C. Now that the High Line is finally complete, the Meatpacking District, West Chelsea, and Clinton/Hell’s Kitchen are connected in a way that once seemed impossible.

Bringing the Spur to fruition was a particularly difficult process for the Friends of the High Line. The completion of the new High Line section was put in jeopardy when it was considered for demolition in 2008. As Hudson Yards was moving forward at the time, the city’s initial thoughts were to simply tear down the spur to make way for the megadevelopment. After launching a “Save Our Spur” campaign to keep the railway and earning the support of the developer and local politicians, the Friends were able to keep the Spur intact.

In order to keep this new section of the High Line, 10 Hudson Yards had to be redesigned so that a section of the building now cantilevers over the spur, creating a cathedral-like “ceiling” over the walkway closest to the development. Adam Ganser, the vice president of planning and design for the High Line, stated that “the ability to save this section was really predicated on being able to come up with a negotiation with the developer here.”

Old pieces of the railway were included in the new path design while the area around it was planted with native wildflowers and flora. Other elements in the layout included places for people to sit and look out at the city. Materials such as Cor-Ten steel and aluminum help this area retain the same aesthetic as the rest of the High Line.

The Spur also has quite a few noticeable differences from the rest of the urban park. The most obvious is the difference in size. In this area, the pathway is much larger than most sections of the High Line and ends with an open space leading to the Plinth, which in some ways created an ideal “ending” for the park. It also makes it easier for crowds to make their way through this section during more crowded times of the day. With a beautiful design and an abundance of space, this new addition to the High Line is the perfect way to bring the elevated park to completion.