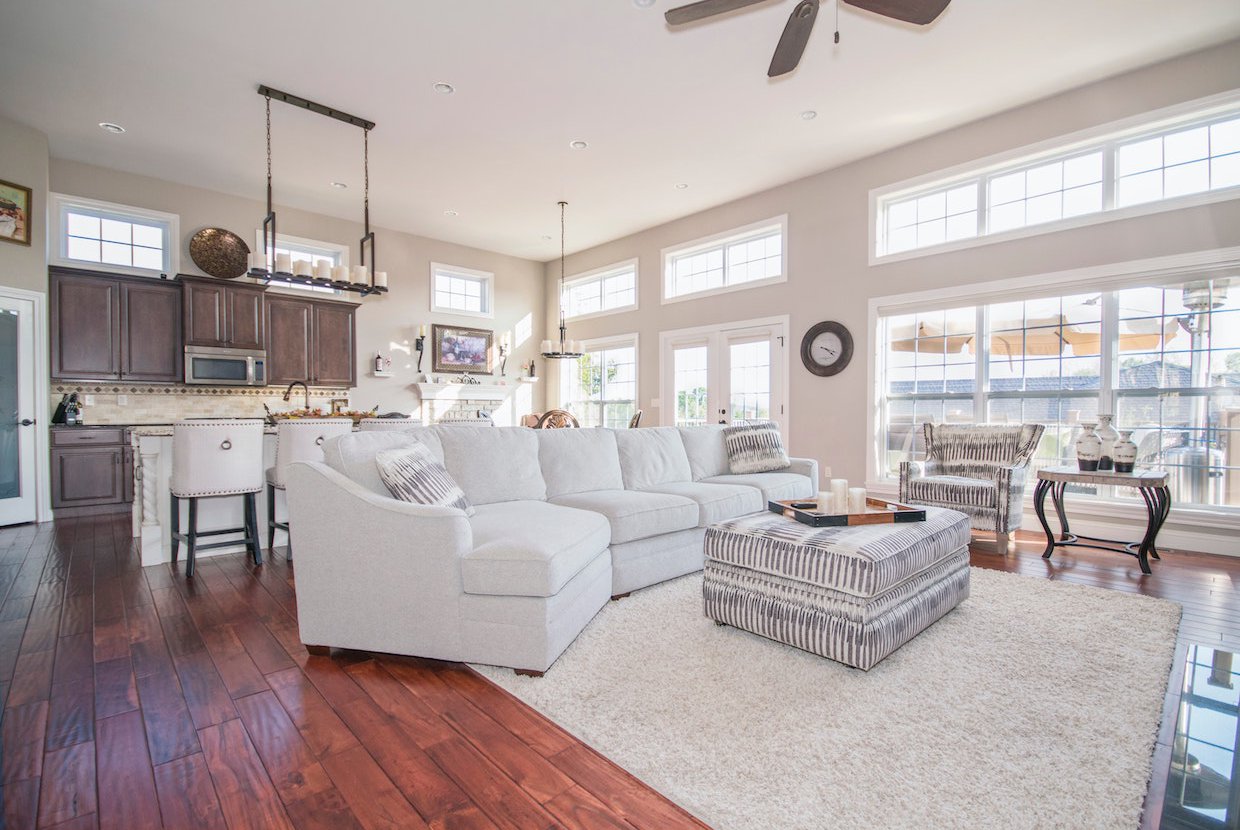 The open floor plan, a large space that combines multiple rooms with different uses, has become an increasingly popular trend in recent years. Many modern homes have open floor plans that combine the kitchen, dining, and sitting room, or at least two of these traditionally separate spaces. In some homes, these areas blend seamlessly one into the other, while in others they may have subtle sectioning features.

Although the “open concept” is particularly well-known today, this trend has been around for decades. In the 1930s, the famous American architect Frank Lloyd Wright was one of the pioneers of open plan living with his Usonian houses. He combined the lounge and dining room, often joining them by a large open fireplace, but still kept the kitchen separate. It was not until the post-war period that the kitchen started to be included, and as many people were moving to urban areas at this time, this new open plan housing provided a more compact and efficient living option. New construction materials and methods that became available at this time also made open-plan homes easier to build and cheaper.

Between 1949 and 1966, real estate developer Joseph Eichler revolutionized house styles in California. His company, Eichler Homes, built 11,000 houses that completely transformed the way home layouts looked. Eichler brought the outside in with large windows, and his airy integrated concept of modern living has influenced a great number of subsequent home architects. By the 1990s, open plan living had become the norm.

Not only do open floor plans create a more expansive and unobstructed space, but they still allow residents to differentiate rooms from one another even though they are not separated by walls. Many people mark the boundaries using curtains, plants, lighting, fish tanks, water features, open shelving, folding screens, and latticed wood partitions. Others prefer to maintain more versatility and the spacious atmosphere of the large area by accommodating furniture to define each space. Rearranging furniture is easy and with so much room to experiment with, there are many ways to transform the layout of your open floor plan. Using strategically placed pieces to create distinct spaces keeps the feeling of space, and a subtle change in paint color and rugs are great for defining a space. Views from one area to another can be maintained to encourage easy communication and conversation, and to keep the open, interconnected atmosphere.

Many people, especially those with families, simply find an open plan design more convenient. A multi-functional space where the kitchen, dining room, and main living space all run one into another means you can be cooking in the kitchen area, while the children play in the lounge or do homework at the dining table before dinner. The “open concept” can create more interaction, communication, and freedom. It makes entertaining guests easier in a more sociable setting, and allows parents to be more involved with child-care and kitchen duties. With many homebuyers putting open floor plans high on their requirement list, it looks like this trend is here to stay. If you are interested in buying a home with an open floor plan in NYC, check out the Elegran sales page or contact an agent today.