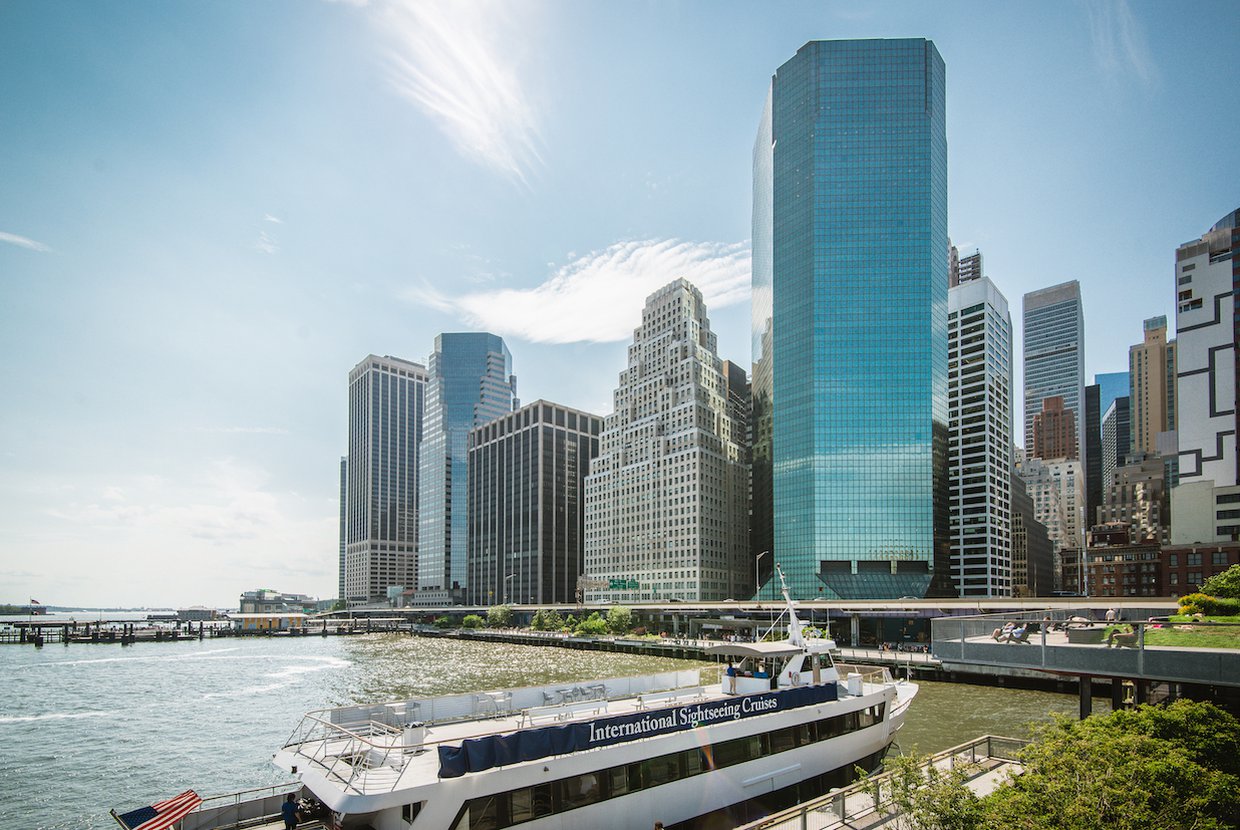 The Seaport and Financial Districts of Manhattan sit just eight feet above the normal current sea level. That makes these areas very susceptible to flooding from storms and from the forthcoming inevitable rise in sea-level associated with global warming. The superstorm Sandy caused severe damage in these areas seven years ago, and an unprecedented $19 million in damages across Manhattan. The New York Stock Exchange closed for seven days, businesses were ruined, and part of the subway system flooded. Future storms could be even more devastating, and it is predicted that if action is not taken, rising sea levels will cause daily flooding in 20 percent of downtown Manhattan within 100 years.

Protecting these areas is no easy task, but the New York City Economic Development Corporation (NYCEDC) is currently looking at different options with a team of 18 different consultants. The group is led by the Netherlands based engineering and design firm, Arcadis, and includes other familiar names such as SCAPE, SHoP Architects, and One Architecture & Urbanism. Most of Holland’s land has been reclaimed from the sea and lies just above sea level, so it is likely that Arcadis has plenty of first-hand experience and solid ideas as to how to deal with the problem. The company is already involved in the East Side Coastal Resiliency (ESCR) project which is located to the north of this area and aims to protect 200,000 residents and 21,000 businesses.

Arcadis and the other consultants were commissioned to develop the Financial District and Seaport Climate Resilience Master Plan, which will put forward a variety of possible ways to defend the area against flooding and climate change. The group will hopefully come up with innovative and original plans that will offer protection inland while also maintaining access to the waterfront, and that the local ecology and natural systems will form part of the solution. Flood protection in the area is likely to involve the extension of the lower Manhattan coastline out into the East River a distance between 500 feet and up to one mile. However, the construction of these extensions is hampered by the fact that digging down in this area is not feasible due to the existing sewage and transportation system infrastructure located below. It is probable that the plan will include the elevation of some parts up to 20 feet above the current water line.

There are many factors to consider before a final plan is decided upon. First, how is this massive construction going to be funded? Would devolvement be allowed on the new, extended piece of land? What would be the impact on the species that live in the East River? And, how can the waterfront remain accessible with this plan? These are just some of the questions that need to be answered before action can be taken. The city claims that it wants local people to be involved in the decision making but many are skeptical as to the truth of this. Residents were outraged when the ESCR recently revised nearly 70 percent of the original plan that had been approved by the community.

Provisional plans for the Financial District and Seaport project were unveiled by Mayor De Blasio back in March with a proposed $10 billion budget. However, the decision process is likely to last at least several months, and it could quite possibly be years before a final decision is reached. Once the proposal is accepted, there will then be analyses and various reviews including the Uniform Land Use Review Procedure (ULURP), before protecting Lower Manhattan can begin.