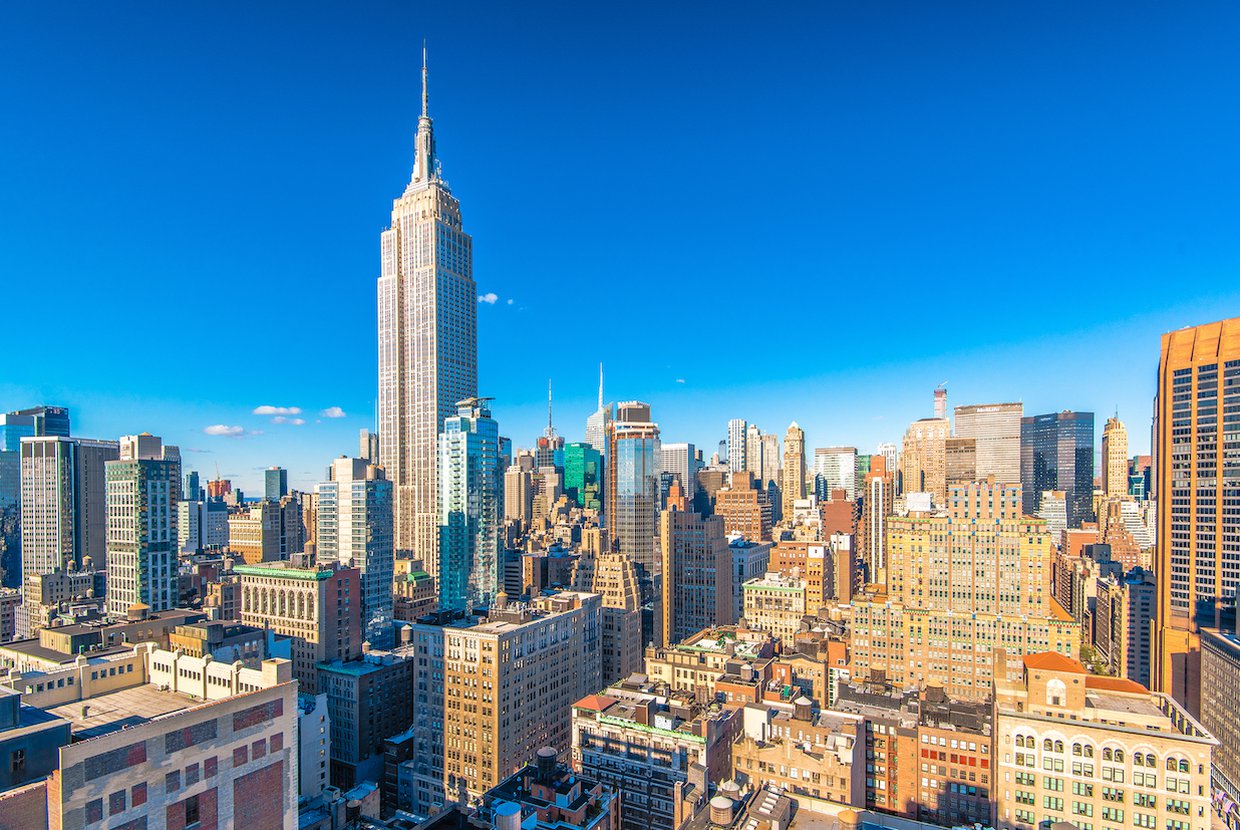 One Vanderbilt, the sleek, modern, and imposing supertall building near Grand Central, is set to open in August this year. The 67-floor tower, measuring 1,401 feet, is designed by Kohn Pedersen Fox and developed by SL Green Realty Corp. Since topping out almost three months ago, the building, which is located above and connected to Grand Central Terminal, has become one of the tallest skyscrapers in Midtown East. It towers over the nearby Chrysler Building by almost 400 feet, and its profile can be seen from Queens and Brooklyn.

The president of KPF, James von Klemperer, states of the $3.1 billion project, “its slender, crystalline profile assumes a prominent place on the New York skyline.” CEO Marc Holliday declares that “from the base of the building to the very top, One Vanderbilt provides its tenants an unsurpassed professional and personal quality of life.” Mary Anne Tighe, CEO of CBRE, Inc. in the tri-state area, states that “One Vanderbilt is a major differentiator for the recruitment of great talent. Its location, openness, natural light, and revitalizing air, combined with the highest LEED and WELL certifications, create an enjoyable, stimulating environment for employees to excel every day.” The space offers floor-to-ceiling windows, column-free floor plates with unmatched ceiling heights, and 360-degree views. One Vanderbilt is perfectly tailored for the future workplace offering best-in-class building systems.

The development has not been easy, as SL Green had to obtain rezoning permission from the city to allow its supertall height. A lawsuit with the owner of Grand Central Terminal also had to be settled. He claimed that the tower would devalue the air rights of his building. This, however, did not prove to be so, as he recently sold the terminal’s air rights for a massive $240 million.

Now nearing completion, the building offers a total of 1.67 million square feet of office space. Their anchor tenant is TD Bank and another confirmed resident is an 11,000-square-foot upscale restaurant by French culinary mogul Daniel Boloud, which is set to open by late 2020. It is reported that 533,657 square feet of space is still available to rent, with offices renting from $125 to $300 per square foot.

The showpiece observatory, which extends from the 57th through 59th floors, will open at the end of 2021. At a recent presentation, the developer revealed details about the observatory that they will co-manage with joint owner Hines. “The Summit", which was designed by Snøhetta, is located 1,000 feet up the tower. Kenzo Digital is responsible for the creation of its “immersive experience”. Once completed, the 71,938-square-foot space will include an infinity room on the 58th floor featuring 40-foot-high ceilings. The 59th floor will feature an outdoor terrace where food and drinks will be available. The observatory itself will have glass floor edges, giving an extraordinary view of Madison Avenue from a unique vantage point!