Sleek and Modern Luxury Tower Tops Out in Hell’s Kitchen 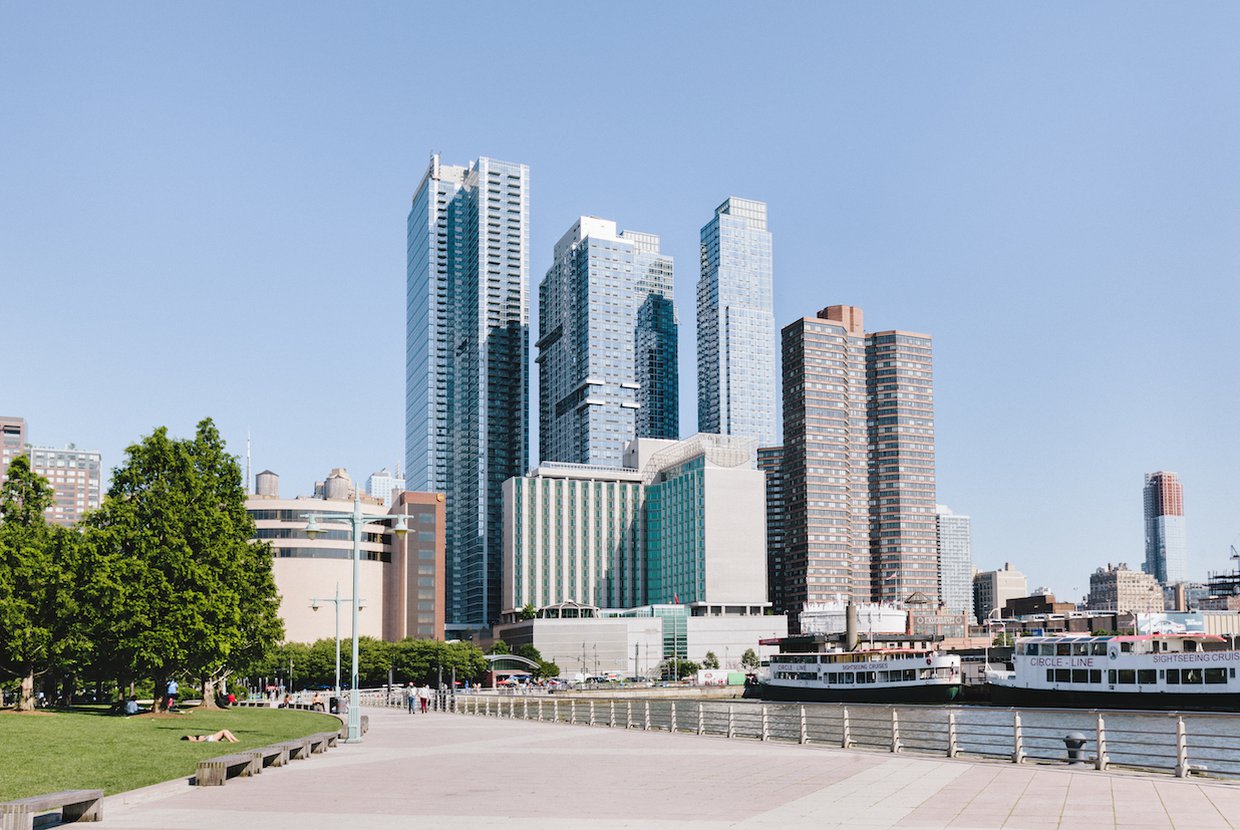 Hell’s Kitchen has a new condo tower designed by innovative Dutch architectural firm Concrete. The building, which topped out recently and is called simply "The West," is being developed by SK Development, CB Developers, and Ironstate Development. Located on 11th Avenue between West 47th & West 48th Street, this 12-story tower will house a total of 219 apartments on the Hell’s Kitchen waterfront. The studio apartments are expected to be priced at $820,000 and there are also one, two, and three-bedrooms, all offering views of the Hudson river and clear skies. Each home is individually designed to offer streamlined efficiency and comfortable modern living.

Concrete is in charge of both the interior and exterior design. In keeping with the industrial past of the neighborhood, the lower part of the building is constructed of Dutch Brick with large oversized window walls. The upper five floors of the tower are known as “The Cloud”, and this part has a glass façade that is elegantly engineered to pay tribute to the Golden Age of skyscraper design. It combines state-of-the-art materials with old-fashioned elegance to create a unique and spectacular summit to the building. The tower will have a rooftop pool deck, a kid’s playroom, a dog run, a gym, and the communal cooking area will, of course, be called Hell’s Kitchen. Condo-owners will be able to enjoy the sunsets from the terrace and later sit around the communal firepit. Within the building, there are also two guest rooms, in hotel style, which can be reserved for visitors. Additionally, there is a lounge space and meeting room that can be booked for events, work, or meetings. Residents will be able to enjoy a bike ride from the building running down the greenway and ending up in Battery Park or a pleasant walk along the pathway that extends to Hudson Yards.

Concrete has already built themselves a reputation with their other innovative projects in the area. The firm designed the CitizenM Hotel Bowery on the Lower East Side which, at 21 stories, is the tallest modular hotel anywhere in the US. Covering a total of 300,000 square feet, the building houses 300 modular guest rooms along with amenities that include a bistro-style restaurant, a rooftop lounge and bar, and, at ground level, a co-working area and a plaza measuring 4,000 square feet. The Dutch firm is also responsible for the incredible Urby rentals, a unique kind of community-based development in Staten Island. The complex offers rental apartments and features many unusual amenities including an urban farm, and a water-jug refilling station, along with a wide selection of restaurants. "The West," however, is the company’s first condo project in NYC.

Originally, the Hell’s Kitchen neighborhood had a somewhat gritty reputation. More recently the area became home to many budding actors due to its proximity to Broadway and to the Actors Studio training school. Since the 1990s, the neighborhood has been experiencing gentrification and it is now becoming a very interesting area which Concrete describes as "your new Manhattan neighborhood to explore."