Elegran Insights: Weekly Manhattan Market Data For The Week of 03/08/21 The Manhattan market continues to accelerate as buyers are increasingly motivated to transact given the recent jump in interest rates. Liquidity has returned to the Manhattan market and the market pulse for the sub $2M market has entered sellers market territory. Market-wide, overall supply, despite an uptick in new weekly supply, continues to decline each week largely due to robust contract activity. The overall market pulse rose to 0.54 this week.

As we approach the 1-year mark since COVID and the NYC shutdown, comparing the weekly numbers to the same week last year no longer informs the complete story. Accordingly, the weekly comparisons will now be based on the same week in 2019.

Contracts Signed - 322 contracts were signed this week, an 18% increase from last week and 46% higher than the same week in 2019. This week had the highest weekly contract volume since May 2016. The Weekly Market Pulse decreased slightly from 0.86 last week to 0.81 this week, but remains at an elevated level compared to 2019 when the weekly market pulse was 0.54. The Luxury Market vs the $2M Segment 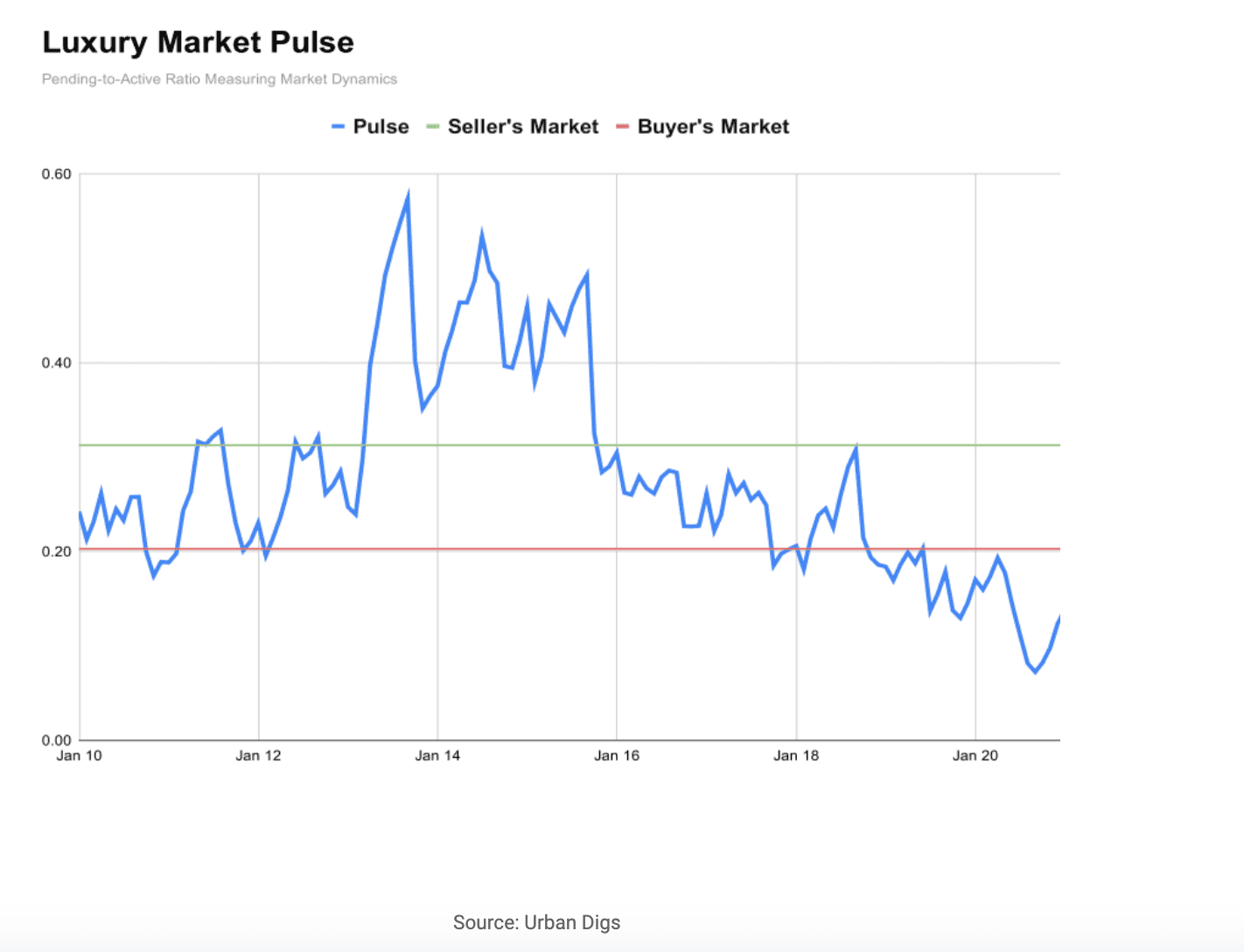 The under $2M market pulse, similar to the luxury market hit a low during covid, and has quickly recovered and has just entered sellers market territory, quickly approaching levels last seen in 2017. 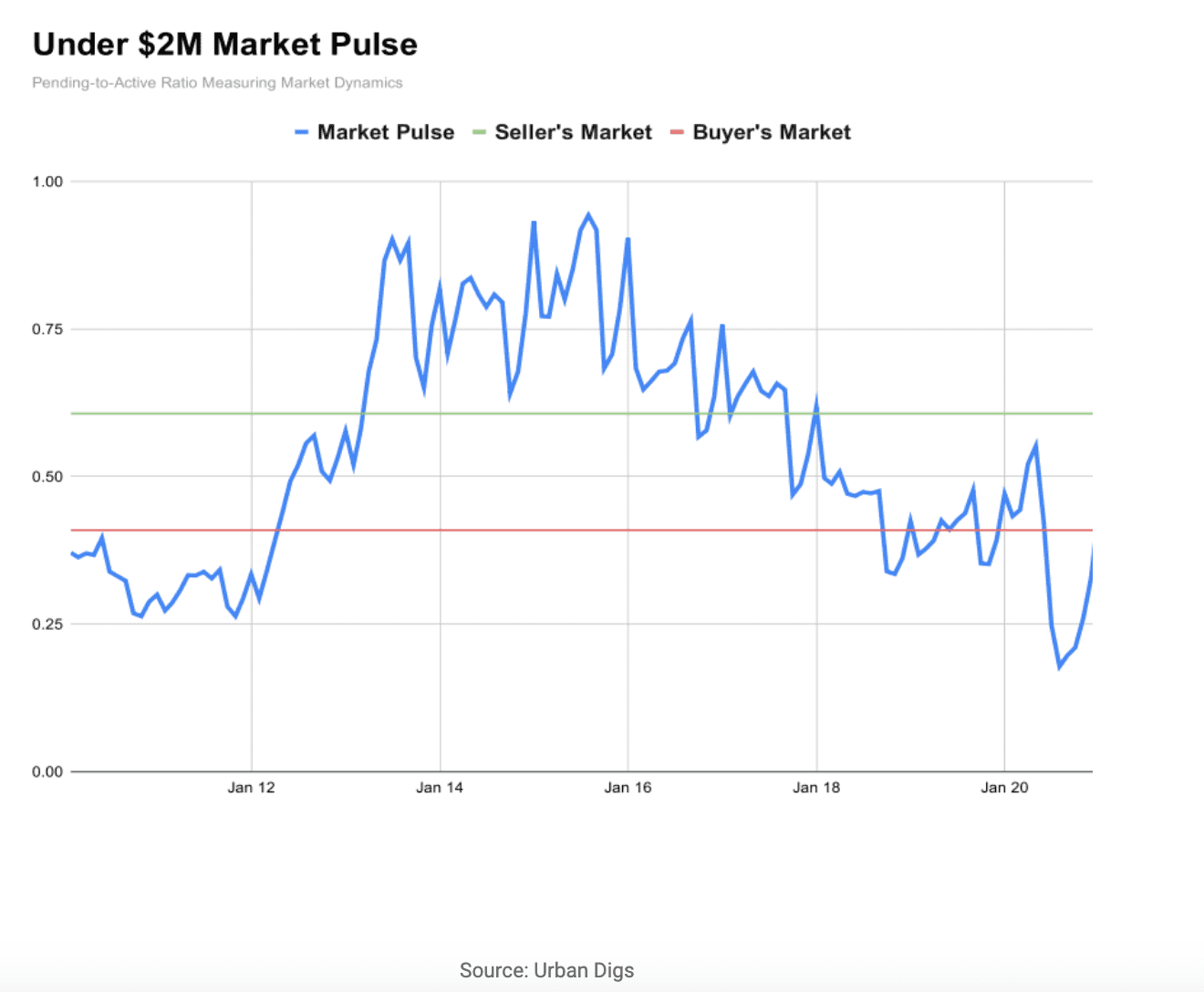 In the last week, the following were the top selling new developments: