Nick Agostinelli has a long and successful history in the world of sales, and he knows how to deliver for his customers. Since 2014, Nick has sold more than $300 million in real estate, and REAL Trends has ranked him in the top 1 percent of agents nationwide, as advertised in the Wall Street Journal. He is a model real estate agent who prides himself on his ability to consummate and facilitate transactions with extraordinary customer service.

Before coming to Elegran, Nick excelled in high-end luxury vehicle sales, working with a focused client group of professional athletes and their financial advisors, and pairing them with luxury brands such as Porsche, Maybach, and Mercedes-Benz. During that time, Nick was also part of a very successful silent auction committee for University Hospitals and 5 Star Sensation, once again showing that his passion for sales shines through in everything he does. Within 5 months of his real estate career, Nick closed a $30,000/month rental transaction and in February 2014, closed one of the top sales of the year in NYC with a penthouse at 135 East 79th St. for $23.4M. Nick's quick rise to the top of the brokerage community is evidence of his dedication to his career.

Born and raised 30 minutes west of Cleveland, Nick excelled as an all-around athlete, particularly in baseball and track, and he was ranked nationally in the 100-meter dash. He attended college at Baldwin-Wallace College in Berea, Ohio, now Baldwin Wallace University, where he majored in Finance and Accounting. Nick has enjoyed living in different parts of the city, from the Upper West to the Upper East side, and he currently lives with his wife and two kids in Westchester. He frequently takes the time to travel, snowboard, enjoys going to museums and is a devoted University of Michigan fan. 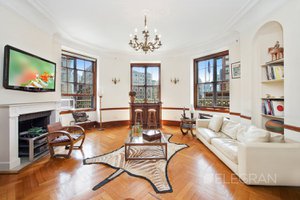 The Ansonia, APT 660 Condominium in Upper West Side

This is the chance to create a massive, one-of-a-kind masterpiece, in one of the most historic buildings on the Upper West Side. With 4 individual apartments... 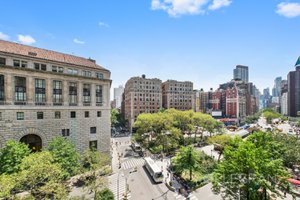 The Ansonia, APT 643 Condominium in Upper West Side

This is the chance to create a massive, one-of-a-kind masterpiece, in one of the most historic buildings on the Upper West Side. With 3 individual apartments... The Ansonia, APT 1041 Condominium in Upper West Side

Spacious and bright 2-bedroom, 2-bath is now available in The Ansonia, one of the most iconic and highly coveted luxury condo buildings in NYC. Interior feat... Beautiful colonial at the end of a cul-de-sac. The property sits on over 2 acres. Chappaqua Schools, great gourmet eat in kitchen with granite counters, cher...

Arrive at a private elevator landing and enter this sprawling full floor, 4 bedroom, 5 and a half bathroom home through a gracious foyer that opens onto the ... APT 78B Condominium in Tribeca

We are offering virtual tours of this apartment and the building. Please contact us today to schedule your private virtual presentation.Sponsor Sale ready fo... Experience the finest of luxury living in this pristinely renovated one-bedroom. The windows throughout the home let in plenty of light and showcase lovely t... 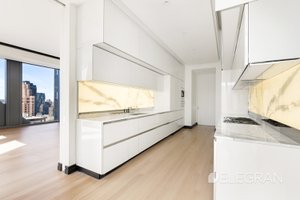 *This is a lease assignment. Lease expires mid-November and can be renewed for another 12 months* Corner 2 Bedroom, 1 Bath with a windowed gourmet open kitc...

Experience this brand new furnished rental. The spacious corner 1-bedroom home with North and West exposures and beautiful Midtown views that stretch to The ... Set in a fantastic Soho location is light-filled and modern Apartment 2E. This apartment has just been beautifully renovated and now offers a brand new kitch... This lovely studio is perfectly located on Central Park South, in one of the most sought after buildings in the area. Currently being offered fully furnished... The Ansonia, APT 7142 Condominium in Upper West Side

NO FEE Bright and airy alcove studio now available in the Ansonia on the Upper West Side. This beautiful home features oversized and super-quiet double windo... APT 39B Condominium in Midtown North

Tower Residence: 39B Three Bedrooms // Three Baths // One Powder RoomBe one of the first to reside in New Yorks new and preeminent building, located directl...